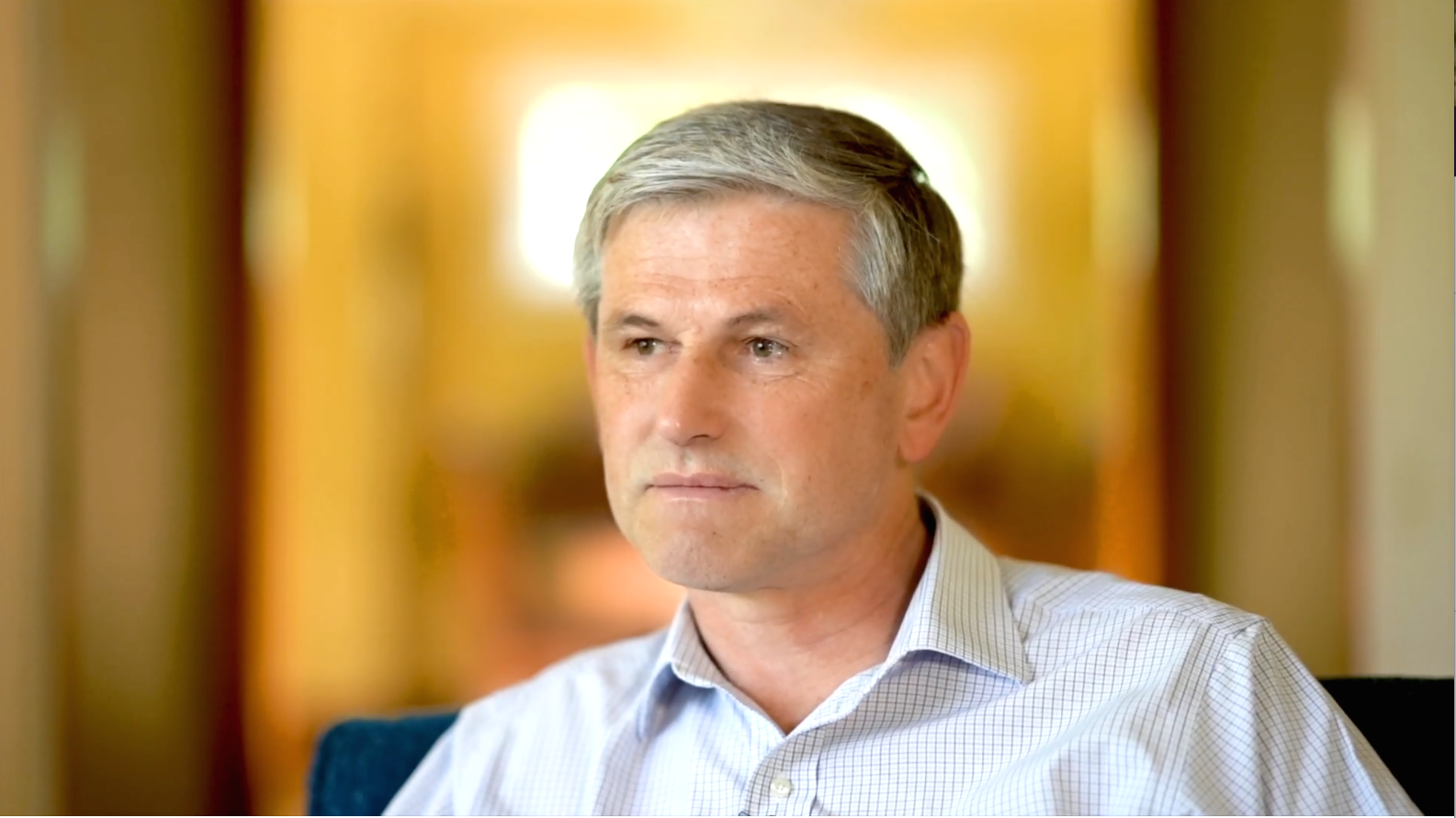 BC Liberal Leader Andrew Wilkinson said NDP Leader John Horgan is putting politics before people by calling an election during the pandemic. Screenshot: BC Liberal Party
Previous story
Next story

B.C. Premier John Horgan called a snap fall election on Monday, a move widely determined to be taking a bet he can gain a majority government despite the risk it could alienate voters by taking them to the polls during the pandemic.

Reaction from B.C.’s opposition parties to the writ being dropped was scathing.

Calling the move cynical, BC Liberal Leader Andrew Wilkinson said Horgan was putting politics before people by calling an election during the pandemic.

“For no good reason whatsoever, we're now being forced into a general election that nobody in British Columbia wants except the NDP,” Wilkinson said Monday.

The NDP also passed legislation providing for fixed election dates, the next slated for October 2021, he added.

“And now (Horgan) has torn it all to shreds for his own personal interest,” Wilkinson said.

Horgan is hoping to capitalize on his current popularity due to his handling of the pandemic, said Hamish Telford, a University of the Fraser Valley political science professor.

“I think the principal reason for holding the election now is that they are riding very high in the polls,” Telford said Monday.

Horgan was ranked the country’s most popular premier with an approval rating of 69 per cent, according to a poll released Monday by Maru/Blue Canada Inc.

“For no good reason whatsoever, we're now being forced into a general election that nobody in British Columbia wants except the NDP,” said BC Liberal Party leader Andrew Wilkinson after NDP leader John Horgan calls an early election. #BCpoli

The NDP leader said he struggled with the decision to hold an election, but emphasized it would lead to stability and certainty for the next government dealing with the pandemic in the coming year.

“We can either delay that decision and create uncertainty and instability over the next 12 months ... or we can do what I believe is always the right thing and ask British Columbians what they think.”

The public has been broadly supportive of the B.C. government’s handing of the pandemic, particularly in the early months of the public health emergency, Telford said.

However, as winter approaches and the health crisis and economic repercussions deepen, Horgan’s popularity will likely begin to slide, Telford said

“From here on in, things are going to get more difficult,” he said.

This month, B.C. has been recording some of the highest daily case numbers since the start of the pandemic, and flu season is around the corner, Telford added.

“So, I think Horgan wants to go now, rather than later,” he said.

Plus, the NDP leader might be anticipating, and want to avoid coinciding with, a federal election next year, Telford added.

The premier had led a minority government with a support agreement in place with the BC Green Party. But to obtain a majority, the NDP must win at least four additional seats above the 41 seats they have now, Telford said.

B.C. Green Party Leader Sonia Furstenau, new to her role as of last week, said Horgan was putting his political fortune ahead of the health and safety of British Columbians.

Premier Horgan has a stable government, said Furstenau, in a statement Monday.

“I met with him on Friday and made it clear that we were willing to continue to work together in the best interest of British Columbians,” Furstenau said.

“For the next month, his ministers will be on the campaign trail instead of working with the Provincial Health Officer to manage this pandemic, which as we know changes daily.”

“This is politics at its worst,” she added.

Wilkinson put it down to misplaced politics saying people are worried about their jobs, kids and health due to the pandemic and that it was a time for stability, not politics.

“We’ve all got to wonder about the current premier, who has an ironclad deal with the Green Party to govern for another 13 months,” Wilkinson said.

“The risk is that the gamble won't pay off,” Telford said.

“Yes, he's riding very high in the polls, but when I look at the election map, it’s difficult to see where the NDP can pick up seats that gets it to a majority.”

Though it's seeking increased stability, the NDP might end up with another minority government, but this time without the guaranteed cooperation of the Greens at a time when the pandemic's impacts will be more significant, Telford added.

“It could precipitate something of a political crisis,” he said.

This will ensure ongoing management of any issues arising due to the pandemic, she added.

Work has also been done with Elections BC throughout the pandemic to prepare for safe elections, Henry said.

“The guidelines that we've come up with include how political parties and their candidates need to keep themselves, their staff and volunteers, and their community safe during the campaign,” Henry said.

There will also be measures during the election process to ensure everybody remains safe, she added.

with mail in ballots and a

with mail in ballots and a proper protocol for in person with sufficient advanced voting this election the process itself is doable, why not put some stability in place for the next couple of years.

Wilkinson, really? Since when

Wilkinson, really? Since when is a partisan extremist qualified to challenge the decision?

If this is not a good time to

If this is not a good time to seek a stable government, then when? The minority Green-backed NDP government has a razor thin majority. That could disappear if even a couple or three MLAs on the ruling side get sick this winter.

To imply that opposition leader Wilkinson would never take them down even in that scenario would be hypocritical in the worst way. That's like saying Wilkinson is not opportunistic, to the sound of great laughter erupting in the room.

Horgan has done a great job managing the pandemic so far and has also done well with the pre-pandemic economy. He and his party deserve a stable majority based on their record alone, even if he's a bit opportunistic about the election date and the polls. All they need to do is make mail-in ballots really easy, as suggested above.

I was angered and disgusted

I was angered and disgusted by Horgan's decision to call a snap election during a pandemic. It was clearly motivated by nothing but political self-interest. Horgan saw how well Blaine Higg's unnecessary snap election went in NB and decided he wanted to grab absolute power for himself as well.

But BC is not NB. NB has almost no COVID cases, while BC's case count is rising. Furthermore, Horgan has a written agreement with the Greens not to call an early election, an agreement he is now violating. Horgan is demonstrating that he is untrustworthy and willing to put people's health at risk in order to grab power.

He is also demonstrating that he was never sincere in his desire for proportional representation. Supporters of PR do not call snap elections to avail themselves of FPTP's slot-machine-like features. Indeed, no fair-minded person does so.

Sad to see his partisans rush to make excuses for his shameful behaviour, as they are doing in the comments section of his article. Probably they suffer from FPTP-induced Stockholm Syndrome and fear of the BC Liberals, and so they embrace the corrupt leader who holds them hostage. Most likely, they will reward him, as NBers rewarded Higgs, and all of BC will suffer the consequences of unopposed power and corruption.

I am almost certain that the

I am almost certain that the NDP is going to get just enough seats for a majority, also holding onto all their current seats. The provincial demographics are changing in a way that leaves the BC Liberals and Conservatives at a disadvantage. However, I also think the Green Party will win just enough seats for official party status. In the long run, this combination could be beneficial.

By the way, don't blame the NDP for us being stuck to FPTP for now. BC residents had the opportunity to switch to pro-rep (I voted for it like many others), but the majority of voters decided not to do it. I still want pro-rep though, and I hope there's another way to get it.

Looking from the outside it

Looking from the outside it sure seems like he's betting that by this time next year things might be a whole lot worse.

I forgot to mention another

I forgot to mention another aspect of Horgan's election call: he didn't bother to consult with Chief Medical Officer Bonnie Henry before making that decision. Wouldn't you think a responsible leader would want to do just that in order to assure everyone's safety? For Horgan, it wasn't a priority.