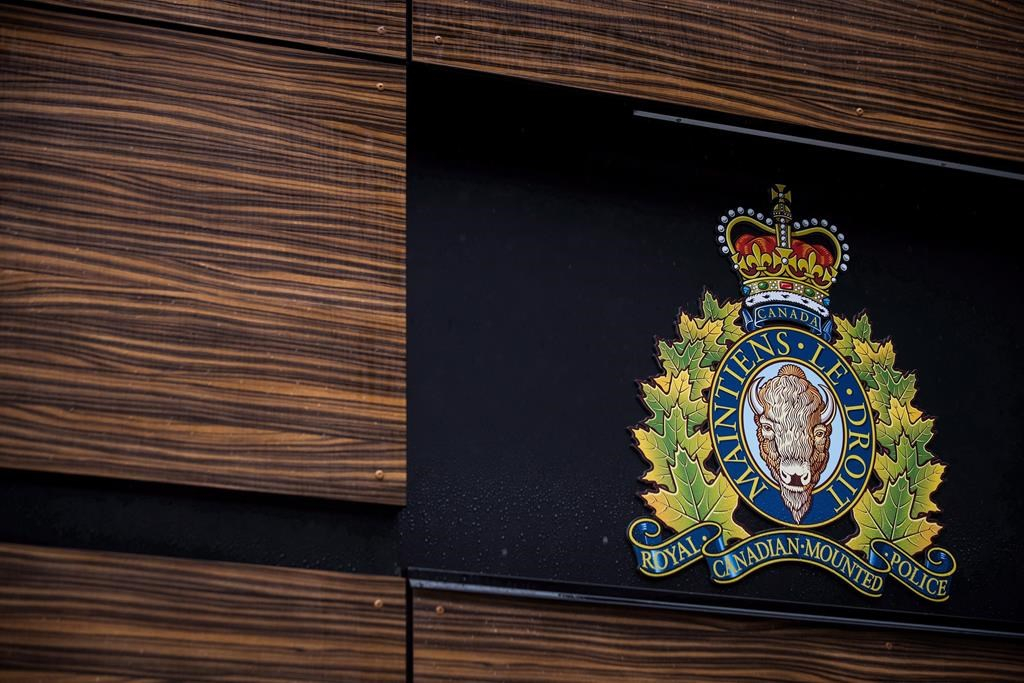 Kisha Daniels, a co-founder of Black and Indigenous Alliance AB, said organizers were setting up the event in a park in Red Deer, Alta., Sunday when they heard honking, sirens and yelling from about 30 metres away.

She said there were threats of violence ahead of the event and, right before it started, people associated with the Yellow Vest movement, Soldiers of Odin and other far-right groups showed up.

"It was very hard for us, very traumatic for us to have to deal with these white supremacist groups without any RCMP interaction or involvement," said Daniels, whose planned speech about education and anti-Blackness had to be called off.

A video posted by one rally-goer on Facebook shows a man in a sleeveless shirt yelling, swearing and calling them "paid pieces of garbage."

A rally volunteer marked with red tape on his clothing is seen striding up to counter-protesters with a stack of paper. The man in the sleeveless shirt lunges at the volunteer, shoves him and tells him to get out.

The nearly 11-minute video captures further scuffles between the two sides. A police vehicle can be seen on the periphery, but no officers appear to intervene. The video ends with both groups trying to drown each other out with chants of "Black lives matter" and "all lives matter."

Supt. Gerald Grobmeier with the Red Deer RCMP said police were prepared for the event with 16 officers, but both groups arrived earlier than expected.

"We did have our analysts monitoring social media and we did plan for it," he said.

"We always do … just to see what the chatter might be."

Grobmeier said police arrived within minutes of the alleged assault, de-escalated the situation and spoke with a victim. They are asking witnesses to come forward to determine if charges are warranted.

Daniels said she has video, screenshots and photos to share with the RCMP.

But she said she has approached police in the past about threats she has received and "was told there was nothing that can be done about it."

Alberta Justice Minister Kaycee Madu said he has urged Alberta's commanding officer to get to the bottom of what happened.

"Police have a difficult job keeping the peace," Madu said, calling the violence disturbing and unacceptable.

"It's also critically important that the RCMP maintain public confidence by explaining their role in such situations."

"It is highly concerning for our community that travelling protests have incited division and violence in our city," she said in a statement, noting how the pandemic, economy and other factors have added to "social tensions."

"We cannot let the actions of a few characterize our city."

Anti-racism marches and rallies have taken place in communities large and small since the death of George Floyd in Minneapolis in the spring. The Black man died after an officer kneeled on his neck for nearly nine minutes, sparking a worldwide outcry over systemic racism and police brutality.

Dieulita Datus and Sadia Khan, co-founders of the anti-discrimination not-for-profit Ubuntu — Mobilizing Central Alberta, said most rallies they have attended around central Alberta this summer have been peaceful.

They said they felt disheartened when they saw footage of the Red Deer event and bigoted comments about it posted on social media.

"My heart sank. We are losing the message and the intent that needs to be heard right now," said Khan, who lives in Red Deer.

Datus said the RCMP should be talking to grassroots groups like Ubuntu so they can be more proactive.

sadly police heavy- handedly dealing with citizens demanding social justice , anti fascist , anti right wing terror has been ever thus : spurious charges of disturbing the peace etc. and sadly also routinely turning a passive blind eye to the actual violent language and assaults of the right wing pro white status quo sorts with a "they havent broken a law " oh well , suck it up folks.
Any union organizer in the last hundred years knows that police are the armed agents of money and power. That is the real reason that police budgets wont be cut. They keep status quo power safe from the rabble ( that is us citizens)
Like Will Smith said, the violence against those demanding justice from the powerful hasn't increased over the decades and centuries; FILMING IT HAS INCREASED. so that it isn't the ( more credible?.??? ha ha) " law officer's" pov that is taken as true, now we've got taped evidence of their bias to call their bluff at being about "rule of law". Ha ha ha ha haw

Ummmm ... it *is* the job of the police to keep the peace. If they're doing their job, that is exactly what they should be doing!!!
Unbelievable. They "have a hard time" doing their job!!

Sounds to me like they came late to the rumble.........which is inexcusable given that they had to have seen some of the violent posts on line......if they were doing their job making sure the peace was kept.

Red Deer Police should know full well that there are right wing extremists in the vicinity....it's been a part of central Alberta as long as I've lived here. Particularly since right now there is a new awareness of police bias........or indifference to right wing zelots.........they should be on their game.

Racism is the problem; not those who protest it.