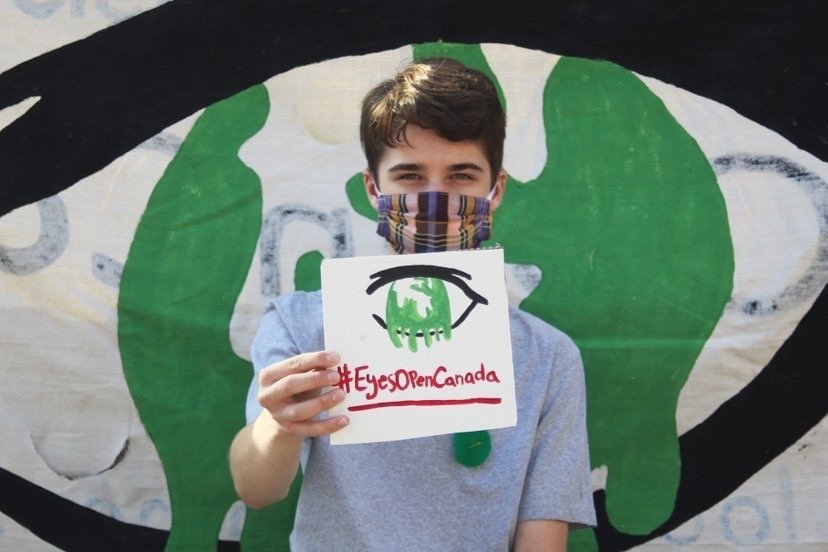 Student climate strikers will walk out of school or log off online classes across Canada on Friday hoping to pressure the Trudeau government to live up to its vague green promises.

While the first global climate action since the COVID-19 pandemic hit has involved months of planning, it also now comes just two days after the federal government’s throne speech laid out its pandemic recovery priorities, which failed to impress many young people.

“What we got was a complete lack of action, promises made that should have already been achieved because they’ve been made before,” said Cooper Price, an organizer with Fridays for Future Toronto and Climate Strike Canada.

“Any signs of progress were miniscule and really not very meaningful with the scale of the climate crisis,” he said.

The environment file would be a “cornerstone” of the federal government’s job creation measures and it would “immediately bring forward” plans to meet Canada’s 2030 climate goals, it said in the speech.

“Actions speak louder than words,” said Julia Samson, who is involved in planning an event outside Halifax city hall. “And although there may have been some progressive and hopeful things said, in past experience, what's been said has not been done.”

To push for more progressive policies, the teens and allies are holding socially distanced sit-ins and actions outside the offices of federal Liberal MPs, aiming to limit the risk of spreading the virus while making sure politicians know that ambitious climate policy remains a key concern for young people.

“We need to see real action right now because we have already run out of time,” said Lilah Williamson from Vancouver’s Sustainabiliteens youth climate movement.

They and other young climate activists will spread out to protest outside the offices of four federal Liberal parliamentarians in Metro Vancouver, including the North Vancouver office of Environment Minister Jonathan Wilkinson.

Williamson said the pandemic offers “a reset button for society that has given us a chance to envision something better coming out of this crisis” and that the protests are a call to action.

The young climate activists say they are also emerging from the pandemic with a deeper understanding of how calls for climate action intersect with related demands for racial justice, income equality, and other problems brought into focus by the health crisis.

Bhalla said last year’s outpouring of massive climate protests had created a different type of movement involving a wider portion of society and had evolved with the pandemic to link more closely with other social justice movements.

She said she’s more optimistic about a just future since the pandemic because “people are coming together over these issues and addressing them as one,” meaning that “we can get a lot more done at once.”

Bhalla and others in the youth climate movement acknowledge that the events will not see the hundreds of thousands of young Canadians and their allies who took part in the last major climate street protest almost exactly a year ago, which also featured an appearance from Prime Minister Justin Trudeau.

A three-hour socially distanced teach-in is planned for Toronto’s Bay and Wellesley intersection, close to both city hall and the provincial legislature. But the young protestors will not march to either, given the difficulties in ensuring marchers maintain their distance from each other, organizer Price said.

He said if enough people show up, they will spread out first north and south on Bay and then east and west on Wellesley.

“If we get a huge turnout and we have to distance people, we’re going to have to communicate more with the police or other stakeholders about that. But at the end of the day, this action is about disruption, and it is about getting our voice out there and into the public conversation,” he said.

“We need to distance, so we need to occupy that space.”

I wonder if it's also a

I wonder if it's also a charter issue ... you know, security of the person?