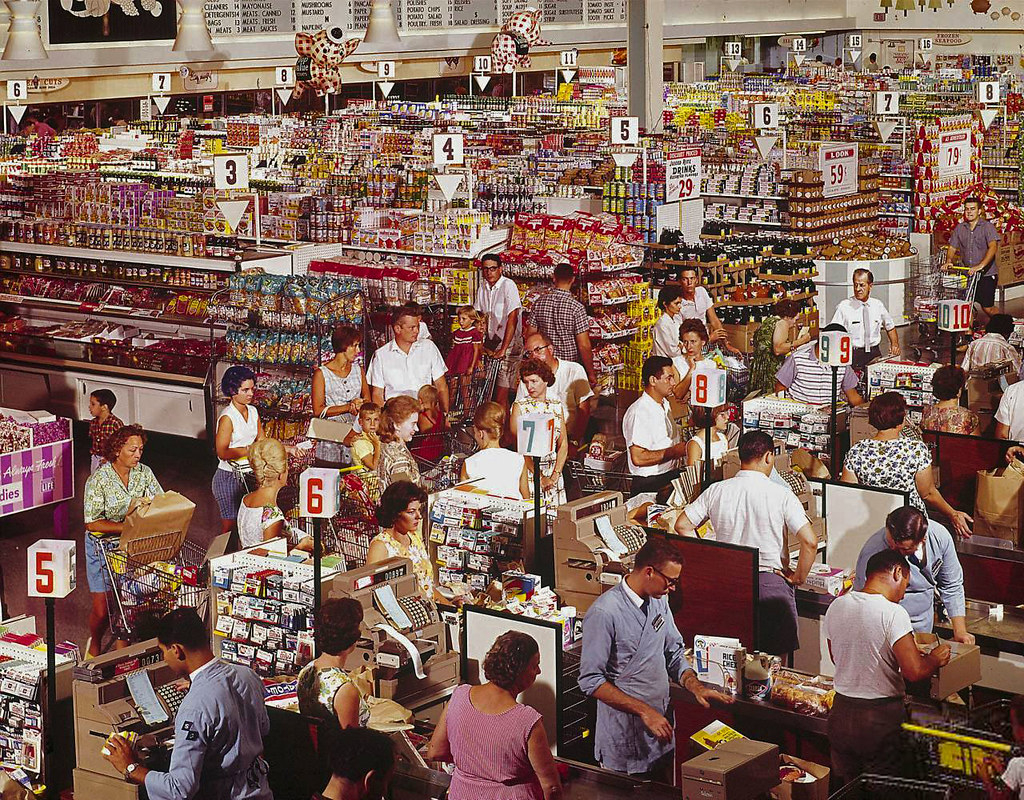 Grocery shopping online is convenient. A convenience farmers fear could put them out of business.

A handful of grocery chains supply Canadians with food and, with online sales predicted to surge beyond the pandemic, they’re racing to adapt. That means a suite of expenses — warehouses, robotics, software development, delivery trucks — that farmers and processors say are being passed down to them.

“This is coming from the imbalance of (market) power,” said Michael Graydon, CEO of Food, Health, and Consumer Products of Canada, an association representing Canada’s food, beverage, and consumer products industries.

“When you’ve got over 80 per cent of grocery retail consolidated into five individual retailers, it gives them (significant market power). That’s the root cause of the issue.”

Together, Loblaws, Sobeys/Safeway, and Metro make up 63 per cent of all grocery stores in the country.

That leaves farmers and food processors few options to get their products to market, and minimal negotiating power to set prices that reflect their costs of production. It’s a situation farmers say has contributed to skyrocketing farm debt in Canada and could have cascading impacts on Canada’s food supply chain.

“That makes farmers less resilient, less able to adapt to climate change, less able to have the reserves they need to protect themselves from unexpected events like pandemics,” said Darrin Qualman, director of climate policy and action for the National Farmers Union.

Canadian farmers have been increasingly pinched between rising costs for growing food and lower prices for years. They’re the only part of Canada’s food supply chain that is distributed across several thousand small businesses — a sharp contrast to heavy consolidation among both grocery chains and seed and fertilizer companies.

They’re also competing against producers in Mexico, the United States, and other countries where the cost of growing and processing food is cheaper, Graydon said. Eventually, farmers and processors can’t cut their costs any further. Unless they can convince domestic retailers that their food is worth a higher price tag, they’re forced out of business and that increases Canadians’ dependence on food grown across international borders or thousands of kilometres away.

“The basic #food #production part of the #foodsystem — the farms — are less able to withstand shocks," said @DarrinQualman. "And along the way, on the #processor and #retailer side, you have brittleness there too.” That's a #foodsecurity problem.

Taken together, these forces have put farmers and processors in a difficult position, Graydon and Qualman agreed. A position that’s set to get worse as grocery chains race for online dominance, a competition best exemplified by a $3.5-billion e-commerce expansion project announced by Walmart Canada in July.

The company’s plans include renovating a third of its Canadian stores, building two new distribution centres to serve online customers, and incorporating robots and machine learning into its operations.

“This investment ensures we’re developing a supply chain that is the envy of the world. The better the supply chain, the quicker our customers can get the products they want,” said John Bayliss, senior vice-president of logistics and supply chains for Walmart Canada in a written statement in July. Canada's National Observer made multiple requests to Walmart for comment that were not answered by publication time.

The problem, Graydon said, is that the company has been clear the $3.5 billion won’t come from its coffers. Instead, it will be transferred down the supply chain as an “infrastructure fee” applied to the price received by the food processors and farmers supplying the U.S.-based company.

“There’s been this tradition to improve profitability while (keeping prices low for consumers) by putting all the risk and responsibility (of expansion) back onto the suppliers,” Graydon said.

That’s common among grocery chains across the country, he explained. What’s different with Walmart’s recent announcement is that the company told its suppliers directly it would be cutting into the prices suppliers received to fund the expansion project. And presented with few other places to sell their goods, producers don’t have much choice besides accepting the price cut and hoping they stay afloat.

“(Walmart) has just reported some of the best financial results in the history of their organization and is now putting what is traditionally the purview of the company themselves — capital investment in growth — onto its (suppliers),” Graydon said.

Walmart saw its sales jump 10 per cent in the first quarter of 2020, a direct result of pandemic panic purchases, and the fastest pace of growth in almost 20 years.

Nor is it alone.

Monthly retail sales for Canadian grocery stores surged by about $2 billion above average during the first three months of 2020, reaching about $10.3 billion by April.

The bulk of this growth went to the country’s three major grocery chains — Loblaws, Sobeys/Safeway, and Metro — companies that are also surging into online shopping, Graydon said. They’re just less transparent about how they’re funding these expansion plans.

Even the federal government is concerned.

“It is unfortunate to see grocers impose these costly (expansion) fees during this pandemic, which fall on the thousands of Canadian food producers who are working hard to feed Canadians and support their communities amid many challenges,” said Agriculture and Agri-Food Minister Marie-Claude Bibeau in an emailed statement.

“Food producers and processors, and their workers, have played a critical role during the pandemic.”

However, she noted that “terms of sale are generally the exclusive domain between suppliers and buyers, and these areas fall under provincial jurisdiction ... Given that unfair business practices, including as they relate to terms of sale, are addressed at the provincial level, we encourage our provincial and territorial counterparts to examine this matter.”

The minister did not specify whether the federal Competition Act, which aims to “maintain and encourage competition in Canada ... to ensure that small and medium-sized enterprises have an equitable opportunity to participate in the Canadian economy,” could be applied in this context.

“The problem is the way the Competition Act is established today,” he said. The Competition Bureau, which administers the act, only looks at the consumer impacts of mergers and consolidation within an industry.

“(The Competition Bureau) doesn’t look at the impact (of consolidation) on the supply chain supporting these retailers.”

Impacts that the pandemic laid bare.

Both were hit hard by the pandemic, with one forced to close for two weeks to control a COVID-19 outbreak at the facility. That led to tumbling cattle prices, steers piled up in feedlots and farms across the country, and concerns of countrywide meat shortages, explained Qualman from the National Farmers Union.

That should be a wake-up call, Graydon said.

“It’s unfortunate that the competition laws in this country haven’t adjusted to the consolidation to protect the wider supply chain.”

Farmers need a National Food Board.

I find the Canadian food

I find the Canadian food cartel's definition of "investment" rather peculiar. Its more accurate term would be extortion. Extortion of the very supply chain - without which - they themselves would be out of business and Canada's citizens would be scrambling to locate farmers markets, independent grocers (few and far between). Consider the damage that would do to our economy. Valuable productive time spent by workers, struggling to find enough to eat. Shades of Soviet times, lining up for pitiful supplies! Walmart et al should be requiring their shareholders and the money men who delight in making and breaking our civilization; to do their only real job - invest in the health and welfare of our planet.

This is clearly an imminent danger to Canada, and probably most of the "developed world" to have such rapacious consolidation in a vital sector.

We know , but too rarely acknowledge, that we pay far too little for our food stuff raw materials. Consumers can grouse, and grumble but the truth of the matter is they spend far too much of their hard earned money on frivolous, highly processed comestibles that do us great harm in our health over our lifetimes. Everything in our political/economic globalized life leads us and much of the rest of the world into the spiders web of multinational corporations, their immense far flung supply chains, exploiting alien commodities like palm oil or shipping tortured live animals across oceans with little or no concern for their welfare, to be slaughtered on alien shores.

All of this in response to the growing girths of humanity, its disastrous overpopulation and over consumption of earth's resources.

There have been many times I've walked into cavernous big box grocery stores and gagged at the super abundance of products lining the shelves, wondering how much will be/is wasted in the lengthy journey from farm, through processing, distribution and consumption. No one, who shops in these businesses should ever do so without counting the "cost", to our entire existence or considering how we are eating/consuming our species - and many others - to extinction.

PS - The least you could do

PS - The least you could do is to illustrate this article with a contemporary picture - not one dating from the pre-digital era (nineteen fifties? sixties?)

This is how Walmart has

This is how Walmart has always operated. It's how they keep their prices low and still make gigantic profits.