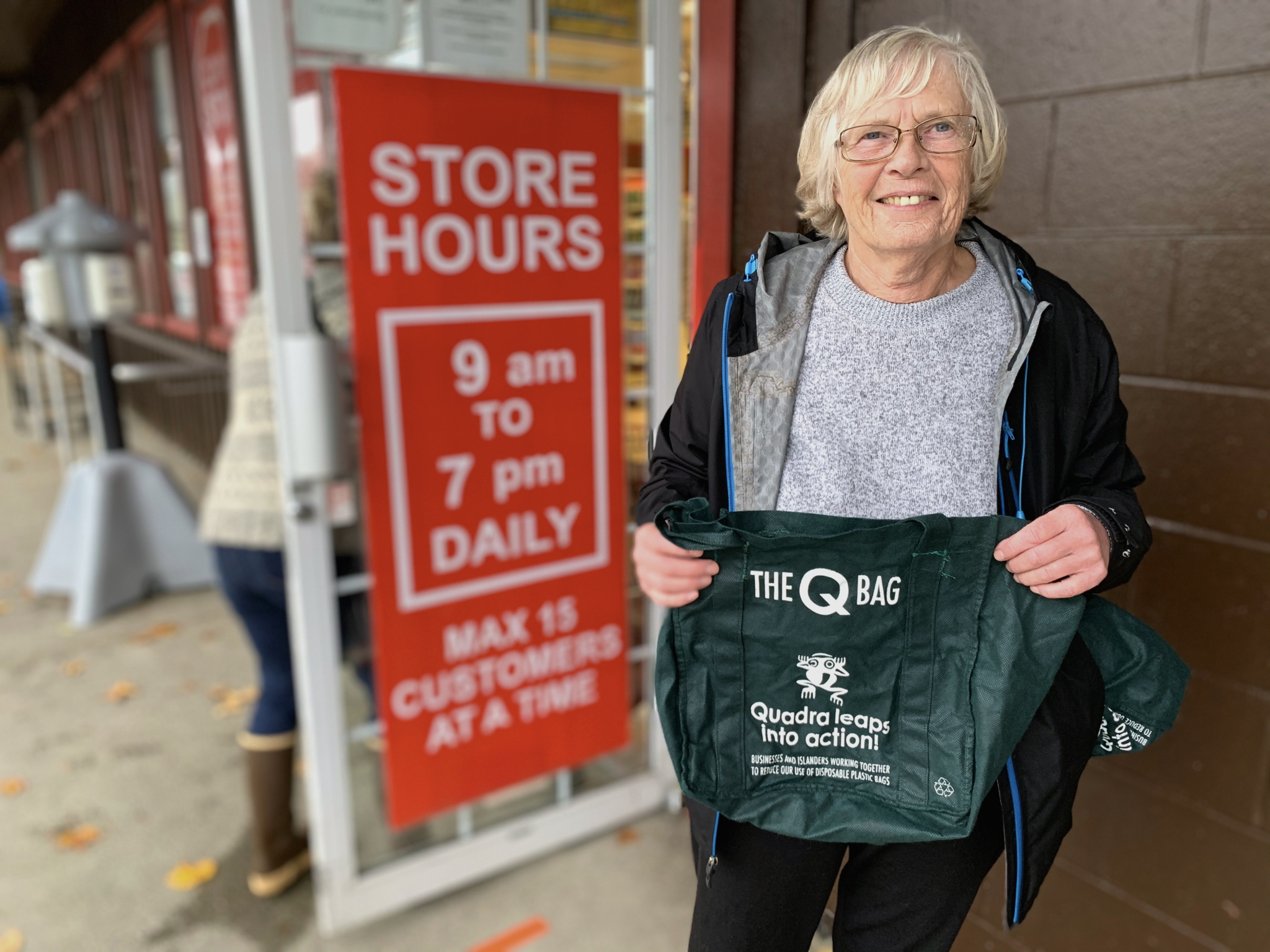 Two tiny B.C. island communities are well ahead of the curve when it comes to the federal government’s move to ban single-use plastics.

The Liberal government said Wednesday that plastic grocery store bags, straws, stir sticks, six-pack rings, cutlery and takeout food containers made from hard-to-recycle plastics will be phased out by the end of 2021.

The move was a step towards the federal government’s goal to have zero plastic waste by 2030.

But most of the items on Ottawa’s plastic hit list are already pretty much non-existent on Quadra and Cortes islands, two small coastal communities wedged between Vancouver Island and the B.C. mainland.

Businesses on Quadra abandoned single-use plastic bags close to a decade ago, and most use biodegradable or recyclable takeout products, said Susan Westren of Sierra Quadra, an environmental group on the island.

“We’ve left everyone in the dust, and we did it a long time ago,” said Westren, adding nobody mandated the move to reduce plastic waste on Quadra.

“All it took was a small number of people to organize this, but in bigger centres, I guess that’s not possible.”

Westren and Sierra Quadra members Judy Leicester and Robyn Budd approached all the businesses on the island and held a community forum to get input on the proposed change.

Though there was a bit of initial reluctance from grocery stores, the businesses agreed to carry the reusable bags the group had designed.

“We’ve left everyone in the dust, and we did it a long time ago,” said Susan Westren, who worked to eliminate single-use plastics on B.C.'s Quadra Island prior to the federal government's new ban.

In addition to bringing in the recyclable bags, Tru Value Foods stores made the switch to paper grocery bags as well.

Both consumers and businesses on the island adapted to the change readily, said Westren.

“I think it’s because there's terrific social and environmental consciousness on this island, and because we were so persuasive,” she said.

Quadra restaurants were also prepared when there was a big shift to takeout food during the COVID-19 pandemic.

“I must say that the island has been pretty amazing in terms of using biodegradable takeout containers, coffee cups and those sort of things. Except the lids, but they can be recycled,” Westren said.

“I think that is also unusual because they’ve been doing that for quite a long time as well, and thank goodness, now that COVID-19 is with us, there’s been so much more (container) use.”

Dave Tolley, co-owner of Café Aroma on Quadra, agreed the pandemic has driven up demand for single-use containers dramatically.

But Tolley figures he’s already in compliance with the future ban because he has biodegradable takeout products in place.

And he’s also constantly on the hunt for more environmentally friendly products, despite the added cost.

“It’s a personal choice for us,” he said, adding that as a consumer himself, he considers packaging when buying products.

“I just don’t want something that’s not going to break down,” Tolley said.

“And as far as the cost, we're always trying to find the best product, and then research how to make it more financially viable.”

Even selecting items for the café's menu takes into account the takeout packaging they’d need, he said.

Tolley agrees with the federal plastics ban which he believes will encourage manufacturing changes and better recycling systems, and adds it's not an onerous change for most restaurants.

“I'm surprised (the list) was as limited as it was,” Tolley said.

The long delay in implementing the plastic ban is probably because the government understands the huge financial hit the restaurant industry has experienced with the pandemic, Tolley added.

“I mean, if your business has been hammered hard enough, and you're just trying to save costs anywhere you can, keeping the doors open might be temporarily more important than paying extra for packaging,” he said.

Eric Hargrave, general manager of Cortes Natural Food Co-op, said one of the co-op's original goals was to reduce packaging. The business constantly looks for ways to reduce waste — plastic or otherwise — in the store, bakery and café, he said.

The co-op doesn’t have single-use grocery bags, and other stores on the island don’t use them either, Hargrave said.

While the co-op makes great effort to find environmentally friendly packaging to replace plastic, truly green products — from the start of the production cycle to the end of use — are still scarce, he added.

The co-op relies on paper bags, cardboard boxes, glass jars, waxed paper and recyclable cutlery for most of its food items, but all of them have certain limitations, he added.

For example, the store did a trial run of containers made from steamed leaves, but the product didn’t come with a lid, Hargrave said.

The co-op also uses cups and takeout containers that are considered compostable, but that’s tricky on an island without an industrial facility, he said.

“They don’t really work here because most people use their home composts, and those can’t go in there,” he said.

Of the limited ecological packaging choices available, fewer still are affordable and accessible to businesses on a remote island, he added.

With COVID-19 still driving the increased waste tied to the takeaway market, the co-op is considering shifting to cutlery made from birch trees, said Hargrave.

But there’s always the problem of added cost, he noted.

“We have talked about charging for packaging, if for no other reason to make people aware that there actually is a cost to it and discourage its use,” he said.

Tolley said while he has been proactive about trying to curb single-use plastics, most consumers want businesses to take those steps.

And customers are also probably willing to pay more if they know the packaging is environmentally friendly, he said.

“If we didn’t do it, I’m sure people on Quadra would call us out on it for sure,” Tolley said.

Plus, the last thing a restaurant or store on the island wants to see is their plastic waste or cups littering the side of the roads or highways, he said.

“That’s not the kind of marketing that any business needs.”

What good is a single-use plastics ban if it doesn't include water bottles?

Hortons, A&W, McDonald's and others should be ashamed to see their cups on the roadside. I look forward to the day that they will pay a bounty for the return of their cups.