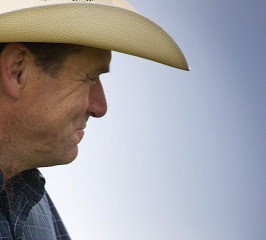 Ian McCreary has been using cover crops, cattle and soil maps to reduce his farm's use of nitrogen fertilizer in an effort to reduce greenhouse gas emissions. Photo provided by Ian McCreary
Previous story
Next story

Saving our climate — and the future of food — could be as simple as planting fields of clover or putting cows to pasture on wheat fields in winter.

These steps could go a long way in reducing farmers’ need for artificial nitrogen fertilizers that are driving rising nitrous oxide (N2O) emissions, a greenhouse gas roughly 300 times more potent than CO2. A study published last week in the scientific journal Nature revealed that, without major transformations to farming systems globally, these emissions will send global temperatures soaring far above the 1.5 C “safe” limit agreed to in the 2015 Paris climate agreement.

“(This) is really caused by the excessive use of nitrogen fertilizer, and nitrogen fertilizer used in areas that was above what the plant needed, and in wetlands,” said Ian McCreary, a Saskatchewan grain and cattle farmer and member of Farmers for Climate Solutions, an organization aimed at helping farmers reduce their greenhouse gas emissions.

Nitrogen fertilizers dominate human contributions to global N2O emissions, which have increased by 30 per cent since 1980. And in Canada, nitrogen fertilizer shipments, an indicator of how much is used in the country, have almost doubled in the past decade.

That increase is driving rising greenhouse gas emissions from Canada’s agricultural sector — the country’s sixth-largest emitter. Reducing these emissions will be impossible without transforming how food is grown in the country, said Darrin Qualman, director of climate policy at the National Farmers Union — and what it’s grown for.

“The core of the federal government’s agricultural policy is to increase export,” he said.

Artificial nitrogen fertilizers are a relatively new creation, with the industrial process required to create them having only been developed during the Second World War. It was an invention that revolutionized agriculture, fuelling a global postwar boom in industrial high-yield agriculture.

However, managing emissions is a particularly tricky problem, explained Sean Smukler, a professor of land and food systems at the University of British Columbia.

“I describe (the breakdown of nitrogen) as a leaky pipe,” he said. Nitrogen in the soil is broken down by bacteria in the soil — and the type of bacteria involved is key.

“During the microbial transformations (that break down chemical nitrogen into gas), you have some that leak out into the atmosphere in a very benign way. Or you could have it leak out in a way that’s actually contributing to global climate change.”

For instance, if soil is more than 60 per cent saturated with water, the bacteria living in that environment will produce N2O. That means reducing the amount of excess nitrogen in the soil — nitrogen that hasn’t been absorbed by plants during the growing season — is key to reducing emissions, he said.

And while chemical nitrogen is particularly harmful because it is so concentrated, manure and even cover crops — the two other key sources for the nutrient — can also lead to emissions if they end up putting too much nitrogen in the soil. However, figuring out when the release of N2O occurs is complicated, Smukler explained, because the emissions vary depending on microbial activity in the soil.

“You can’t just turn on the engine and measure what’s coming out,” which is the method commonly used to calculate greenhouse gas emissions from cars or industrial sources, he said. Instead, researchers like Smukler rely on year-round field measurements in their efforts to figure out how farmers can use nitrogen to maintain yields without destroying the climate.

Healthy soil, which can be nurtured by livestock grazing in the off-season, can help reduce emissions. Cover crops like alfalfa and clover, which both take nitrogen out of the atmosphere and put it in the soil, can also help. Then there’s soil mapping — making a map of the varying nitrogen concentrations across specific areas, said McCreary, the farmer in Saskatchewan.

“We use (soil mapping) and GPS to constantly adjust our fertilizer rate as (it is applied) across the field,” he said.

That kind of precision, Smukler said, when combined with more traditional techniques such as letting livestock graze on — and add manure to — fallow fields or cover cropping, can work well to reduce N2O emissions.

“The more the plant takes up in terms of nitrogen, the less you have floating around in the ecosystem that could be susceptible to losses,” he said. “There’s evidence that what can work best is being able to use a hybrid approach (to) reduce emissions without any yield penalty.”

Still, making these changes on a national and global scale will take more than good research. There also needs to be incentives for farmers to make the shift, especially if the transition to a more sustainable agricultural system might put them out of business, McCreary said.

“There will have to be international trade rules that limit N2O so everybody has to quit using so much nitrogen. And the price of cereal crops (which have barely changed in 40 years) has to come up a little. (The federal government) will also have to readjust farm support programs so they’re specific to supporting cover crops,” he said.

Agriculture can deliver real solutions to #climatechange. Farm land can absorb vast quantities of carbon and farmers can cut down on #nitrousoxide and other emissions.

But it’s going to take farmers and governments working together.

These are calls McCreary and Qualman think the Trudeau government has heard, noting that last month’s throne speech acknowledged “farmers, foresters and ranchers as key partners in the fight against climate change” and that the federal government will support “their efforts to reduce emissions and build resilience.”

In the meantime, McCreary is putting his cows to work.

“Our cattle right now are out grazing on a wheat field, which is where I want them,” he said.

fantastic to know Farmers for

fantastic to know Farmers for climate solutions exist along with so many other groups organizing around climate solutions.
Trudeau gov could make so much progress with relatively minimal investment IF THEIR POLITICAL WILL IS ENGAGED FOR THE COMMON GOOD:
regulation of minimum building standards towards higher passive housing insulation standards
. rebates for heat exchange systems, electric cars, bike lanes as priority, and penalties for solo driver gas cars, on and on REGULATE FOR THE GREEN COMMON GOOD.

I guess we will see the extent of their regulatory capture and political balls in the coming year
Not holding my breath.