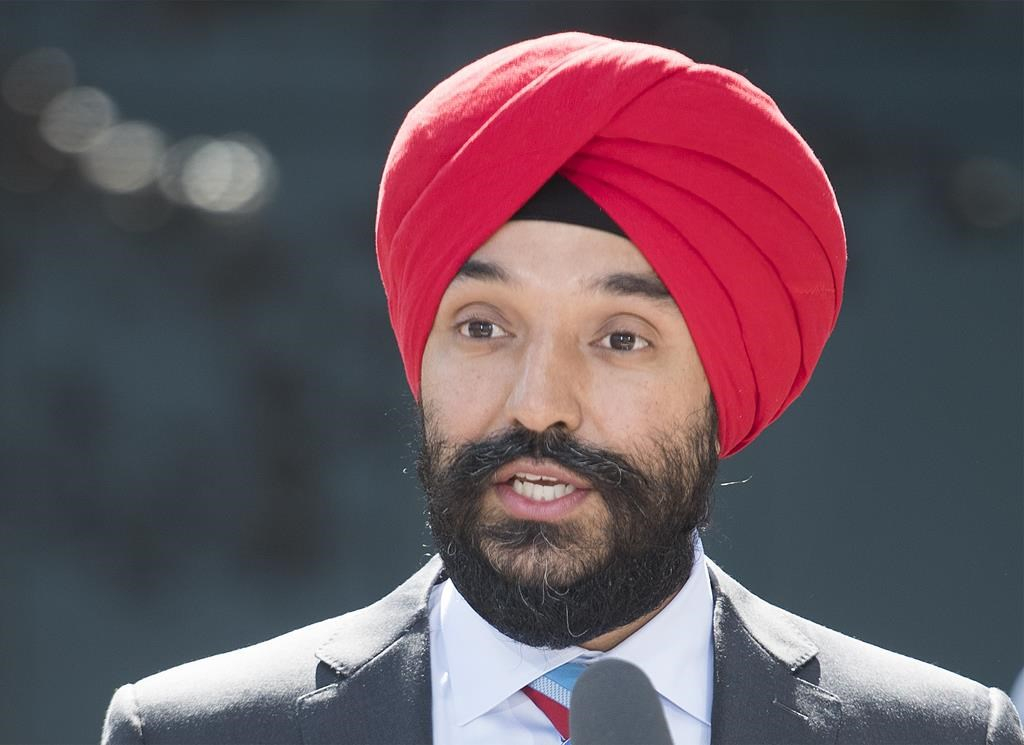 OTTAWA — An Ontario nuclear power company is getting $20 million from Ottawa to try to get its new small modular reactor in line with Canada’s safety regulations.

The grant to Terrestrial Energy in Oakville, Ont., is the first investment Canada has made in small modular reactors, or SMRs. It comes just weeks before Natural Resources Minister Seamus O’Regan expects to produce a "road map" to show how the emerging technology will be used to help get Canada to its climate change goals.

"Just last week, the International Energy Agency released a landmark report showing that achieving our target of net-zero emissions without nuclear energy will take a lot longer, with a great risk of failure," he said.

Canada has promised to cut its greenhouse gas emissions by almost one-third in the next 10 years, and then to net-zero by 2050, when any emissions still produced are captured by nature or technology.

About one-fifth of Canada’s electricity still comes from fossil fuels, including natural gas and coal.

Nuclear generators produce no greenhouse gas emissions. They currently make up 15 per cent of Canada’s energy mix overall, but only Ontario and New Brunswick use nuclear reactors for electricity.

Those CANDU reactors are big and expensive, while SMRs are pitched as smaller and more versatile, and can be shipped to remote locations where electricity grids don’t currently reach.

SMRs are still in the developmental stage, with about a dozen companies in Canada trying to be the first to the finish line.

Innovation Minister Navdeep Bains, whose department is providing the $20-million grant through its strategic innovation fund, said they are an emerging technology with high growth potential.

"Without a doubt one of our most promising solutions to fight climate change and promote clean energy has three letters — SMR," he said.

Bains says the money will help the company complete a pre-licensing process with the Canadian Nuclear Safety Commission.

"Without a doubt one of our most promising solutions to fight climate change and promote clean energy has three letters — #SMR," Innovation Minister Navdeep Bains said. #cleanenergy #nuclear

This process occurs before the company applies for a licence so that it can work to meet the commission’s requirements in the development phase. Terrestrial has been working with the commission for nearly two years and is also undergoing a similar process with the United States Nuclear Regulatory Commission.

Terrestrial has offices in Oakville and Connecticut.

The company hopes its first nuclear reactor will be producing power before the end of the decade.

Not everyone is as convinced as O’Regan and Bains that nuclear is the answer to Canada’s climate change dreams.

Eva Schacherl, who helped found the Coalition Against Nuclear Dumps on the Ottawa River, said nuclear waste is a big concern, and fears investments in SMRs are going to take money away from cleaner, already proven technologies like wind, solar and tidal power.

"It will distract our attention and resources," she said.

Plus, she said, Canada already has enough nuclear waste to fill more than 1,000 Olympic−sized swimming pools.

"We really don’t need to create more," she said.

O’Regan said he is also developing a radioactive waste policy, and said nuclear will not displace other sources of clean power.

Canada will soon glow in the

Canada will soon glow in the dark - but it won't be the aurora borealis.

Yeah. These things are a dead

Yeah. These things are a dead end in so many ways. They won't generate much power, much like full sized nuke plants they won't be cost effective--in theory probably worse, because of the basic physics of nuclear power. The fact is that radioactive materials get really hot when there's a big lump of them, a "critical mass" or close to. That's because the radiation from one bit hits another bit and splits an atom, triggers more radiation which hits still other bits, and so on: The "chain reaction". If you only have a little bit of stuff, it doesn't get very hot and so you won't be able to generate much power from it.

As to the waste . . . didn't Ontario only just give up on their scheme to store nuclear waste right by Lake Huron? Infinite wisdom has not been on display when it comes to figuring out how to store that stuff.

"If you only have a little

"If you only have a little bit of stuff, it doesn't get very hot" -- a curious person, one not intent on aggressively sharing ignorance to benefit the fossil fuel interests, might at this point read up on Project Pluto.

20 million is chump change for for this industry. Like the article states it to just start the approval process. Nuclear will be a major portion of the solution for this apparent climate crisis. Canada has an amazing history with nuclear energy systems. Heard of any significant incidents with the CANDU system? We have the CANDU system currently generating 15% of our countries power for decades and your biggest issue is "1000 Swimming pools of waste" that is currently being safely managed? For a utility scale process that has run for decades that is nothing. The area of one small Solar array would look after all of this waste and have produced a million times more power. There is also SMRs that are being designed right now that are able to use this waste. Nuclear is safe and reliable and is completely worthy of being developed and to not do so would be extremely foolish on our part. We have strong existing technology and huge uranium deposits. The only thing proven about Wind and Solar is how unreliable it is. The only thing to make this a dead end industry will be the never ending approval process due to the massive amount of wrong information out there.

After 70 years, the nuclear

After 70 years, the nuclear industry is coming out of the shadow of the military. For all that time, reactors have been chosen for their military side-effects - not just producing plutonium, it's that the technology useful to the military was used to ensure most nuclear expertise was also useful to them.

Now they're looking at reactors strictly from the civilian utility point of view. These new devices are going to be enormously safer, inherently, than the big behemoths. They've finally come around to being safe in the basic design, rather than an unsafe reactor with 3 layers of safety systems papered over top.

Unless storage can drop below $20/kWh, renewables would require so much expensive storage to be there for us 7x24 that the price of electricity would go way up, not just hurting public support, but damaging industries that depend on energy, especially agriculture itself.

Sorry, haters, but this is a necessary part of the solution.

This seed money is not a big

This seed money is not a big thing in the big picture, and it doesn’t mean SMRs are going to be sprouting up like mushrooms. The technical knowledge gained will be well worth it even if it doesn’t lead directly to SMR use anywhere, anytime soon.

There’s always, always, always the ‘Big But’: how safe are SMRs in practical use? What about radioactive waste...how much would be produced, where and how will it be dealt with that protects human health and the environment? And, of course, what about all the waste that currently exists ‘in transit’ to some better, permanent disposal that’s safe for tens of thousands of years?

Anything nuclear should be included in holistic public policy. So: $20 million for SMR research?—then how much for nuclear safety and disposal research?—and how much for nuclear-waste backlog cleanup. All of this needs address before moving any part of it forward too proud. We just don’t want or need to cut corners to incent industry: we need to fund every nook of the project, without regard profitability, first. Only then can we tell if the projected expense of doing it safely and holistically is worth it in terms of profit, public benefit, and environmental protection. Safe to say this will entail a huge amount of money which only governments’ superior financing positions can accommodate. The Big But always involves concern about private profit motive compromising or conflicting with the safest model—when absolutely no compromise may be permitted, ever. Or whatever the complete decay of nuclear waste is.

So: what’s new in nuclear safety and disposal technology? If there’s no answer, then SMRs cannot attain practical use.