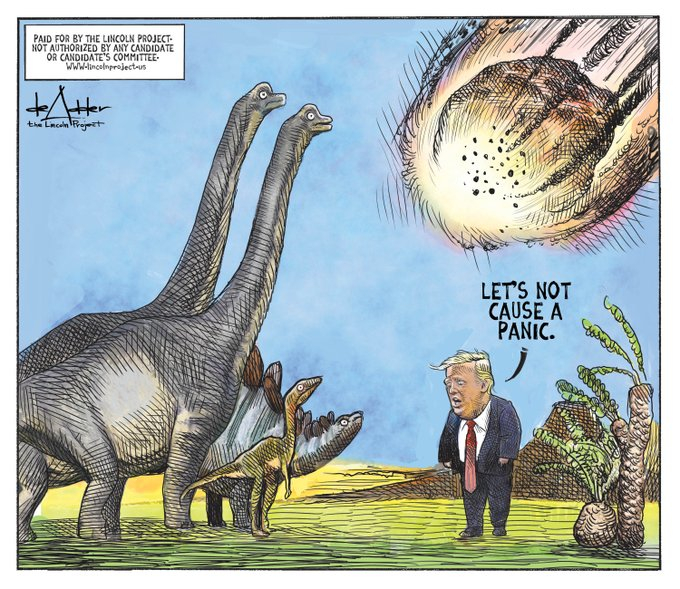 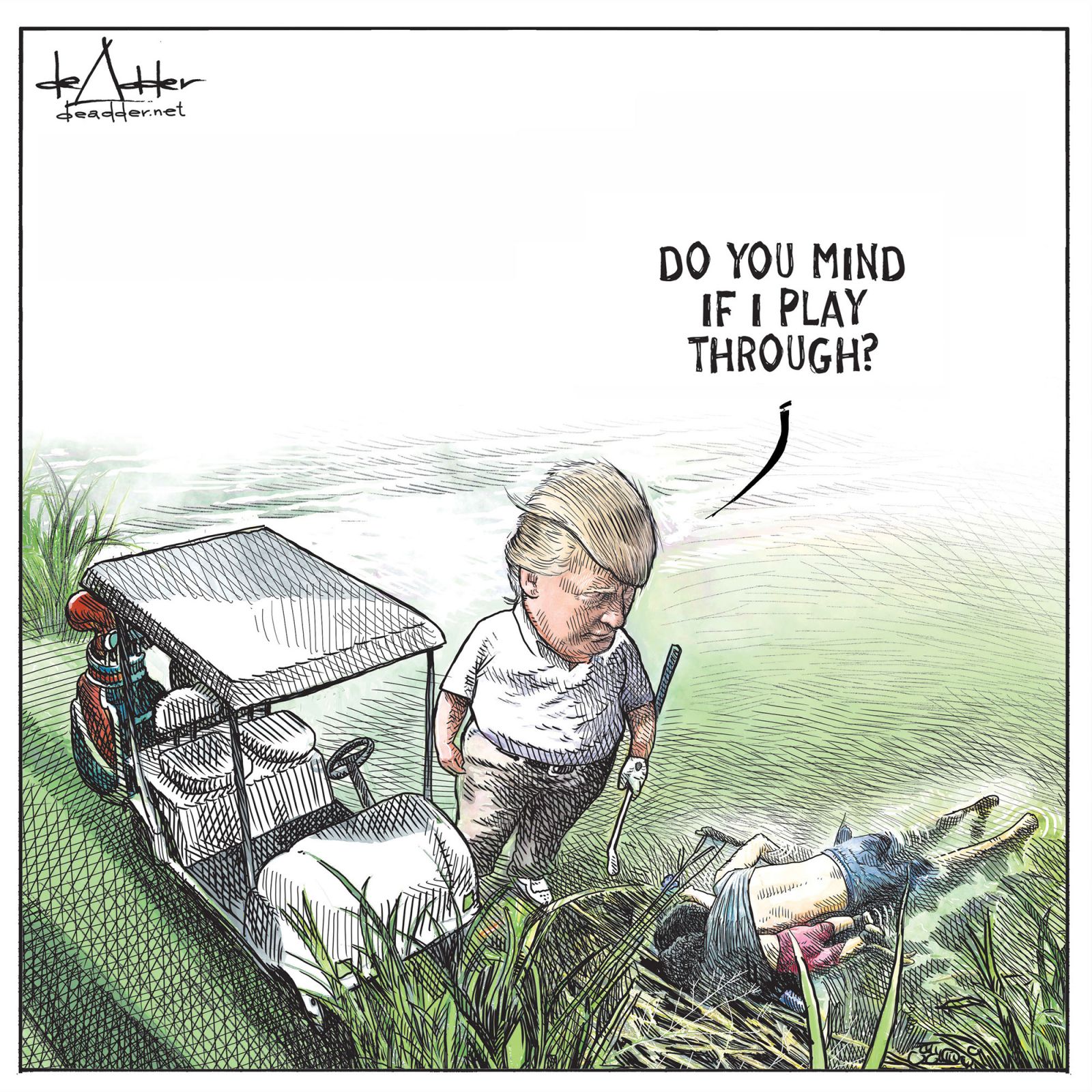 This is very well said. I

This is very well said. I believe it is correct as can possibly be. And how sad is truth. As ordinary humans, what can anyone do about that mess? A natural human response is to help somehow. I guess we are left to the confines that: what goes around, does come around. G'bye donny.

Wonderful article and interview. Cartoons are right on point. Skewering Twitter twat is a job worth doing. Kudos and keep up the good work. Democracy is an important cause in the United states and the world.