No plans for green recovery in Doug Ford’s 2020 budget 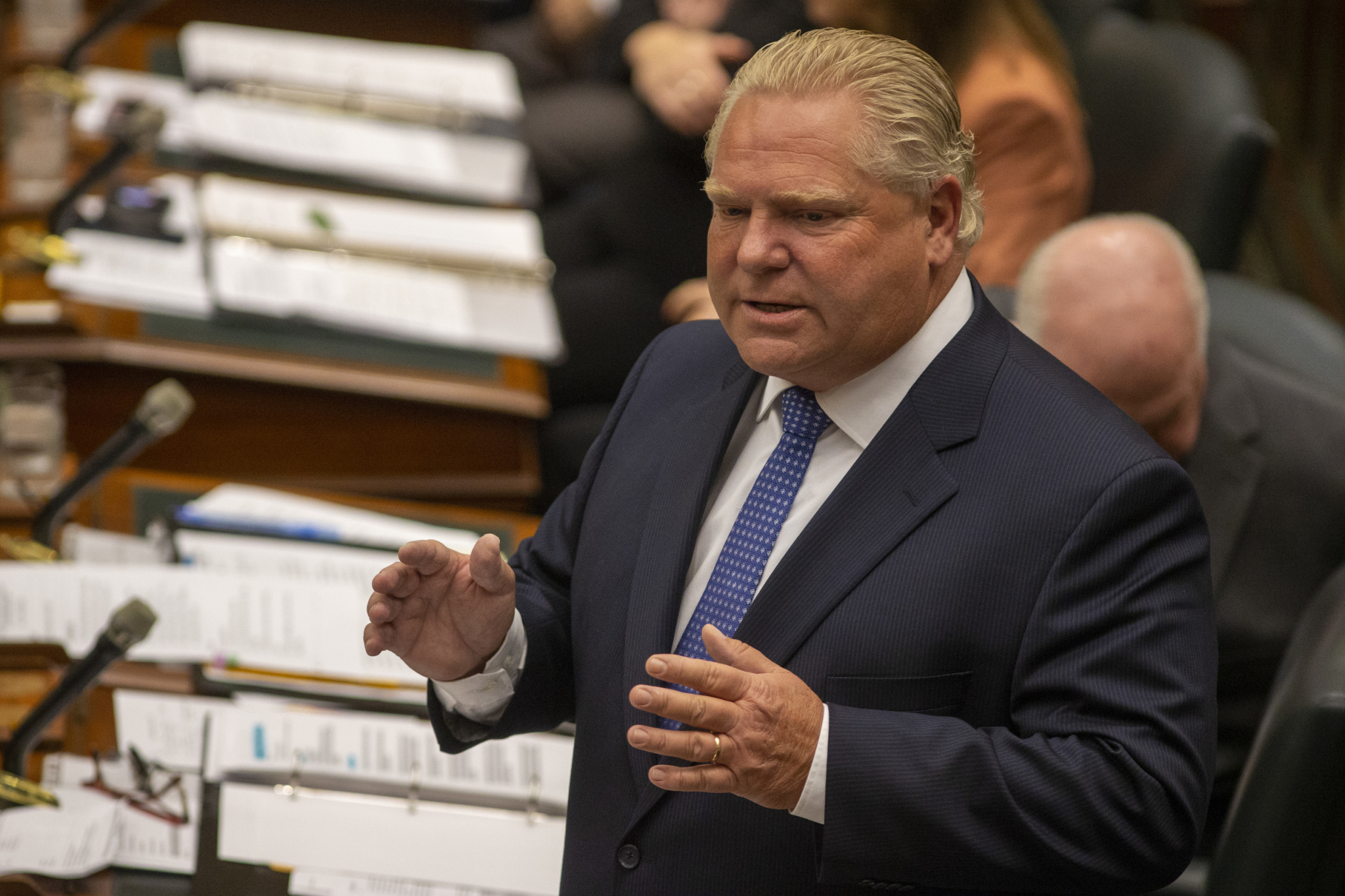 The Ontario government delivered a budget focused on COVID-19 Thursday, with record-high spending pouring into pandemic response and tax cuts, but no whiff of a green recovery.

At a time when Canada is seeking to cut greenhouse gas emissions and other jurisdictions’ COVID-19 recovery plans have used green investments ⁠to boost the economy — like British Columbia, which included measures targeting carbon pollution ⁠— Ontario’s budget did not include much on the environment.

“A lot of jurisdictions are talking about a just recovery and a green recovery, but you didn't hear any of these words from this Progressive Conservative government,” she said.

“I don’t think those are part of their vocabulary.”

Budgets are normally released in March, meant to outline the government’s spending plans for the year. But as COVID-19 took hold this spring, Ontario delayed releasing its budget until the fall.

The province’s deficit will soar to a new high of $38.5 billion this year, as projected in August. Spending will also be record-breaking, with the government’s budget swelling to $187 billion — an unprecedented spending plan for a government that, before COVID-19, had pledged to balance the province's books.

“It’s an outstanding budget,” Premier Doug Ford said of the delayed version released Thursday, saying the funding was needed to pay for the province's COVID-19 response.

The 2020 budget includes $45 billion in COVID-related supports over the next three years, spanning health response, funding for people and business, and economic stimulus measures. It’s focused on three pillars: “protect,” “support” and “recover.”

Unlike the Progressive Conservatives’ 2019 budget, this one didn’t make dramatic overall cuts to ministry spending.

“A lot of jurisdictions are talking about a just recovery and a green recovery, but you didn't hear any of these words from this Progressive Conservative government,” said Ontario NDP Leader Andrea Horwath. #onpoli

In terms of new environmental investments, however, it outlined very little.

It also included new funding for water programs, including $15 million over two years to improve the management of stormwater and wastewater that can cause sewage to overflow into Lake Ontario. Another $10 million has been set aside to monitor and report to the public about sewage that flows into the Great Lakes, plus $12 million over two years will be put towards a pilot program to try to detect COVID-19 outbreaks early through wastewater testing.

The government also announced plans to expand the “quality and quantity” of the Greenbelt, a strip of protected lands encircling the Greater Toronto Area.

That could include increasing conservation space or setting aside land for a new provincial park in the GTA. The budget points specifically to the East Humber Headwaters in King Township, Ont., on the Oak Ridges Moraine, an ecologically important ridge that is part of the Greenbelt.

The document didn’t note a specific timeline or amount of funding for the potential park, and elsewhere it noted that the government plans to build a major highway cutting through the Greenbelt.

Ontario Green Party Leader Mike Schreiner said the budget should have included funding for measures like electric vehicles and lowering the cost of storing green energy. Instead, he added, the province is approving developments like one in Pickering, Ont., that would pave over a protected wetland.

“Economists, business leaders around the world are saying that the smart money is in green recovery,” he said.

This story has been updated to include additional reaction from Environmental Defence and opposition critics.

short sighted and mean spirited. the usual money to developers but nothing for the poorest
. No increase in wages or training benefits or subsidies for lowest paid health care workers.
No expansion of government capacity in labs or test and trace.
Unconscionable
He could train unemployed youth and construction workers to retro fit old, unused? buildings into low income housing. build green charging stations , etc.
He must increase welfare and disability benefits ( guaranteed income) if more and more of poorest arent to get ill and be miserable.
but no--- tired old tax cuts, that just make the gov able to do less. Who's gonna shop for the stuff and eat/get sick in the bars and restaurants Doug?.?? 50% of the pop has less than $20 / hr. IF THEY ARE WORKING