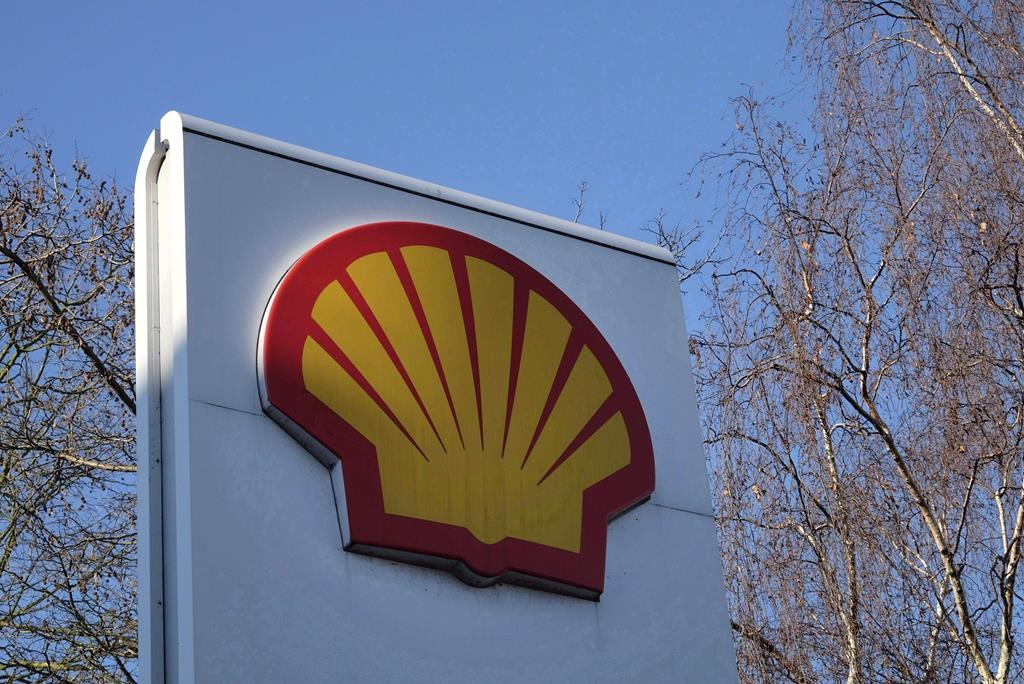 A Shell logo is seen at a gas station in London on January 20, 2016. File photo by The Associated Press/Kirsty Wigglesworth
Previous story
Next story

Shell Canada is letting carbon-conscious customers get their two cents in for the environment while filling up at one of its 1,400 stations across Canada.

The Canadian branch of Royal Dutch Shell is launching its Drive Carbon Neutral program today to allow customers to help it produce or buy offset credits to reduce net carbon dioxide emissions from the production, refining and burning of fossil fuels.

The program offered through Shell's EasyPay app will be free of charge until the end of December when those who choose to continue will be asked to contribute two cents per litre to reduce greenhouse gas emissions blamed for global warming.

Shell Canada president Michael Crothers says it's believed the program is the first of its kind in Canada, adding Shell's similar offerings in Europe have been well-received, with nearly 20 per cent of customers in Netherlands, for example, signing up.

Shell is also announcing it will provide funding for a B.C. Interior reforestation project in partnership with Central Chilcotin Rehabilitation, a Tsilhqot’in forestry company, to plant 840,000 native trees in areas decimated by wildfires.

Crothers says the cost of the two-year tree-planting project isn't being released but said it could someday provide carbon offset credits if federal and provincial regulations are enacted to make that possible.

"We see a lot of demand from customers to start helping. How can a customer who maybe can't afford to buy an electric car, but wants to do something to help the environment, get involved?," he said in an interview, noting Royal Dutch Shell plans to invest US$200 million in 2020 and 2021 in natural ecosystems to act on global climate change..

"This is part of the transition while we continue to shift our energy mix as a company towards renewable power and renewable fuels."

Shell's presence in Canada was reduced in 2017 when it sold most of its Alberta oilsands assets to Canadian Natural Resources Ltd., although it is the operator and retains a 10-per-cent interest in the Scotford upgrader and Quest Carbon Capture and Storage project, located next to its 100 per cent owned refinery and chemicals plants near Edmonton.

It also heads up the consortium building the $40-billion LNG Canada export project on the West Coast and retains interests in conventional oil and gas production.

Shell Canada is letting carbon-conscious customers get their two cents in for the environment while filling up at one of its 1,400 stations across Canada. #ShellCanada #DriveCarbonNeutral #GlobalWarming

Given that burning 1 litre of

Given that burning 1 litre of gasoline produces 2.3 kg of CO2, 2 cents/litre ($8.70/tonne CO2) to pollute the atmosphere for 100’s of years into the future doesn’t seem to be a particularly effective offset.

I am certainly incapable of

I am certainly incapable of calculating the actual cost benefit analysis of this "offer" but it certainly seems to smack of the infamous "greenwashing" so ubiquitous to the fossil fuel sector.

I love the term "bamboozle" - which is what the sector is most skilled at doing. It too smacks of the old Barnum sleight of hand and if there is a new fool born every minute - we are growing up and getting smarter every other minute!

GIVING? us an option? No, really?

Come on Linda Soloman-Wood. Your paper carries a much higher standard than to repeat a Shell press release without a counter narrative giving an understanding of the deep greenwashing this is.
I deeply respect the paper and your staff is on par with the best in Canada, but this is sub standard journalism.
I request that you consider reissuing this article with the counter narrative that your readers expect.
Respectfully, Kelly Matthews

I’m becoming suspicious of the increasingly trite metric of ‘trees-planted’ and carbon ‘offsets’ claimed by vested interests in the CO2/CH4-emitting petroleum industry. Any thorough appreciation of silvics and silviculture —starting with the distinction between these two aspects of tree growth—would have to admit statistical sensitivities to huge ranges of ecological variables— are easily enough to make taking these carbon-offset claims with a large grain of salt quite advisable.

How many ordinary citizens to whom these notions are offered know, for example, that, ideally, the best silviculture —-usually understood as tree-planting alone and, moreover, an occupation most often associated with environmentalism and employing workers presumed culturally of that mind—involves no planting of trees at all? One could write a book explaining why—indeed, may already have been written, just not the kind of lighter reading fare most people attempt.

It’s too easy —that is, ranging from trite to hackneyed—to slip these carbon-offset claims past consumers so misinformed by gross over generalization of exceedingly complex systems, ecologies and economies. Controversial resource extraction industries always seek to minimize negative perceptions of their operations and to turn targeted aspects toward public-relations advantages. For example, when public concern about overcutting, or about clearcutting in the forest industry rose to controversial, then higher to protest levels, the tree-planting metric was deployed to assuage these concerns and, additionally, the most vocal critics of forest practice were offered jobs planting trees, along with widely propagated, slogan-like nostrums such as: ‘industry plants three trees for every one tree cut down’,—an almost meaningless metric with respect overcutting and clearcutting, but which rationalizes the original concern by benefitting its harshest critics with employment. Neat, very neat.

However, the proper redress In the forestry example was, all along, to review harvesting rates and local impact of any cutting activity (that is, clearcutting, thinning, competing vegetation control, &c.) on local ecosystems, water quality, tenure status, &c., then mitigate those concerns by reducing the cut and size and location of openings.

Lately we see a lot of fuzzy claims that clearcuts actually emit CO2—true for the very first period of regeneration when new trees are small (lower rate of carbon capture into wood fibre) and logging slash decays (fungal metabolism of wood releases the carbon stored therein)—but obviously not true over the entire life of a regenerated stand (otherwise there would be no biomass accumulated as trees and shrubs). This position is apparently taken to counter the carbon capture—or ‘carbon-credit’— metric used in resource industry public relations and as a stopgap against further restrictive regulation by public resource administrators.

Either side of this scale is equally over-generalized for popular, inexpert consumption. The rule should be to always, always be suspicious of simplistic metrics deployed by vested interests in complex resource extraction matters.

Shell would do better to stop funding its climate-change denying propaganda affiliates like the Canadian Petroleum Association, and to explain to fuel consumers how the company is going to reduce the output of CO2/CH4 and help them to transition to the low-carbon-emitting energy systems we need for the nearer future.

But planting trees is good where current harvest methods exceed what forests can sustainably regenerate naturally. It’s an easily available comfort, in overly simplified, easy to understand at a glance metric, as PR—which, if it doesn’t move toward the ideal of environmental neutrality, isn’t near so good.

I suppose one can’t blame Shell for trying to sweeten its pollution, but better informed consumers can make better choices.