What you should know about microplastics in shellfish 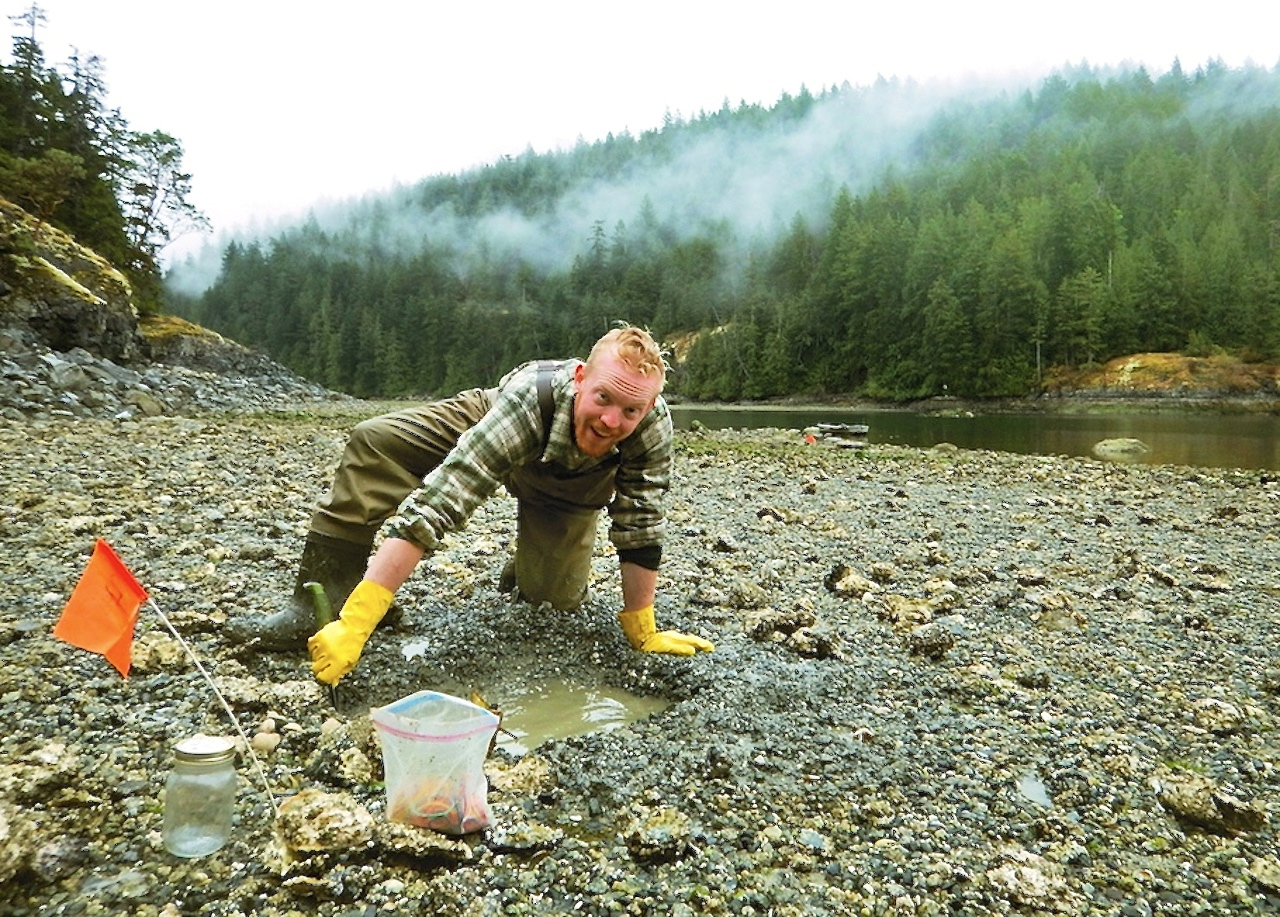 When it comes to shellfish, concerns around the consumption of microplastics are a good news, bad news story.

But it’s too early to breathe a sigh of relief.

Humans are still ingesting significant amounts of microplastics, but simply from other sources, said Covernton, a PhD candidate at the University of Victoria.

“I think the health benefits of eating seafood, especially shellfish, which is quite a sustainable protein source, the benefits definitely outweigh any sort of risks,” Covernton said.

There’s been undue focus on the amount of plastic particles in seafood simply because most of the available research has focused on marine environments, he said.

“But (concerns around consuming shellfish) actually even distracts us from the main issue at hand, which is we're all using too much plastic,” Covernton said.

Microplastics are plastic shards, fibres or tiny beads of five millimetres or less. They can be as big as grain of rice or as small as a cell, Covernton said.

Primary microplastics include manufactured microbeads found in toothpaste and other personal care products, or nurdles, small pellets used in industry or manufacturing.

Microplastics aren't a major danger in some seafood, one B.C. researcher says, but that doesn't mean you shouldn't worry about ingesting the tiny particles from other sources.

In contrast, secondary microplastics are particles formed by plastic products breaking down, or the shedding of microfibres from synthetic clothes and materials.

Covernton headed a study around the impact of the tiny particles on farmed shellfish, and has contributed to research that estimated the amount of microplastics humans ingest.

His research examined farmed and non-farmed oysters and clams at sites along the B.C. coast, including the Discovery Islands, Baynes Sound and Okeover Inlet.

On average, one microplastic particle was discovered per mollusk, and most were microfibres that likely got into the marine environment via sewage or runoff from land in populated areas, he said.

In other parts of the world where aquaculture is very intensive or consumption is greater, studies have shown higher levels of microplastics, Covernton acknowledged.

But given the amount of shellfish the average Canadian consumer eats, the dangers from shellfish are likely negligible, particularly compared to other sources of microplastics, he said.

The average adult is likely ingesting or breathing in around 100,000 of the tiny particles annually, and almost double that if they rely primarily on bottled water.

And those estimates — based on a survey of existing research looking at the amount of microplastics found in a number of food and beverage items — are likely to be very conservative, Covernton stressed, adding big research gaps exist around the content of the particles in a range of dietary staples.

“When we did our numbers, it accounted for about 15 per cent of the caloric intake for humans,” he said.

“(Science) is missing a lot of food groups. We don’t have good data on beef, dairy or poultry or fruits or vegetables.”

Beyond food sources, we also live and work in environments where plastics are ubiquitous, Covernton said.

Our clothing, packaging, carpets and single-use plastics — among a host of other things — are all potential sources of microplastics that can infiltrate our food, water or the air we breathe.

What’s not entirely clear is the physical and chemical effects these plastics have on human health, and more research is needed, he added.

Some microplastics may be simply eliminated by both humans and animals during the digestive process, Covernton noted.

Research suggests that bivalves such as oysters and clams may filter and poop out some of the plastic particles they are exposed to, he said.

However, little is known about nanoplastics, really tiny particles that could be absorbed by cells, Covernton said.

Nanoplastics are described as 1,000 times smaller than an algal cell and very tricky to study, he said.

“The next research frontier will by trying to measure (nanoplastics) in the environment, humans and our foods, figuring out our exposure and their toxicity,” Covernton said.

While folks shouldn’t ignore the potential risks of microplastics in food, they need to put them context with other sources of exposure, Covernton said.

The best way to ameliorate the problem is for people to reduce the use of plastics, especially unnecessary or single-use items, he said.

“We just use things because they're cheap and efficient, and then sort of figure out the environmental and health impacts later,” he said.

“We need to be thinking a little more proactively about how necessary those plastics are.”

My understanding is that here

My understanding is that here in Ontario, back in 1985 the soft drink companies, Alcan, and other interests, succeeded in persuading the Ontario government to relax its rules regarding refillable bottles. The result was that pop came to be sold in cheaper non-refillable plastic bottles and cans, which could be collected for recycling (sometimes) courtesy of the taxpayer, and regional bottling plants became extinct. Now, since Kathleen Wynne allowed grocery stores to sell beer (and they don't take back empties), and because 'The Beer Store' operated by Brewer's Retail is losing market share and money, it appears that our province's beer sales are moving towards nonrefillable containers as well. If Mr. Ford was to proceed with his promise to allow beer sales in corner stores, then 'The Beer Store' might end up as mostly a collection point for empties, and its owner probably wouldn't operate it with much enthusiasm. In the United States, where only 10 states have deposit return legislation, and where aluminum cans account for 60% of all beer sold, the recycling rate in 2018 was only 50.4%. In Canada, 65% of beer is now sold in cans and the market share of glass beer bottles is now 25%, down from 40% in the last 5 years. According to Brewer's Retail, the recycling rate for refillable bottles in Ontario was 99 per cent in 2009, and the return rate for aluminum cans was 79%.
It seems to me that there is a general consensus that the most environmentally-friendly option when it comes to beverage packaging is refillable containers, with a deposit, and for most practical purposes.. probably glass. However, once the infrastructure for supporting a deposit/return system is gone, it may be difficult to bring back.