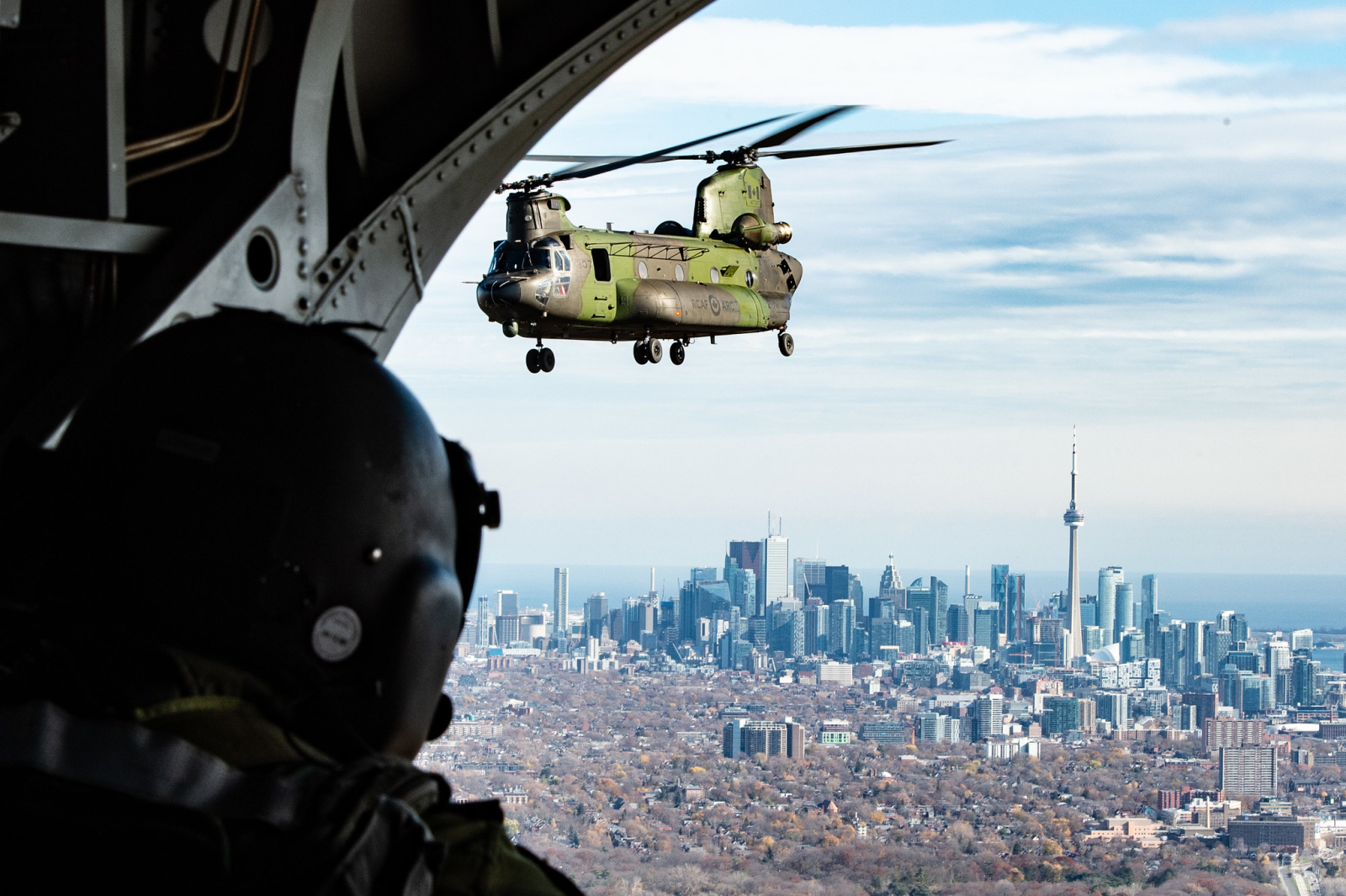 The Department of National Defence was responsible for the lion’s share of the federal government’s own carbon pollution last year, according to newly released figures.

The government released an inventory of federal greenhouse gas emissions from its facilities and fleet operations as part of its updated “greening government strategy.”

The next largest contributor during this time period was Public Services and Procurement Canada, at 117 kt. Public Services is the department that manages federal property and also handles purchasing, accounting and pay services for the public service.

At 116 kt, the third-largest contributor was Correctional Service Canada, which runs penitentiaries and other correctional institutions, as well as parole offices and mental health and healing centres.

The top six emitting organizations generated 82 per cent of all government emissions.

Treasury Board president Jean-Yves Duclos says the government is committed to cutting its own operational carbon pollution 40 per cent below 2005 levels by 2025.

DND itself says it is identifying energy efficiency improvements to its infrastructure and fleets at its military bases and airbases. It expects to cut its pollution by 265 kt by 2030 and has a target for “clean power at all bases and wings by 2025.”

The department has released a Defence Energy and Environment Strategy for the 2020-23 period, which calls for a $225-million investment this year in infrastructure to reduce its carbon footprint.

“As the largest user of energy and the single-largest emitter of greenhouse gases in the federal government, Defence has a key role to play in helping the government of Canada reach its net-zero targets,” the strategy states.

Fully 90 per cent of federal greenhouse gas emissions came from facilities, as opposed to fleets of vehicles, in 2019-20.

It’s no coincidence then that the three departments that all administer a large footprint of buildings and other infrastructure are also listed as the largest polluters.

DND, for example, says it manages about 20,000 buildings, which includes about 11,700 military housing units as well as about 18,000 projects like runways and roads, not to mention 2.1 million hectares of land.

Similarly, Public Services bills itself as the “largest owner and manager of office space in the country.” In addition to providing offices for 260,000 public servants, it is responsible for dams, docks and bridges across Canada.

Almost half, or 47 per cent, of federal carbon pollution was attributable to natural gas, which is often used to heat buildings.

The government also said that stationary fuel combustion — the use of fossil fuels to heat facilities — was the source of 63 per cent of emissions, another indication that building heating is an issue.

It also calls for new buildings and building retrofits to “prioritize low-carbon” and require a climate change risk assessment.

For its part, DND's strategy calls for “modern sustainable buildings,” and it is collaborating with the National Research Council to develop updated building codes that incorporate climate change resilience.

It's definitely troubling that DND's GHG emissions dwarf those of all other federal departments and agencies.
But equating pollution with greenhouse gases ignores other pollutants that pose long-term risks to Canadians. In terms of federal environmental liabilities recorded in the Public Accounts, Atomic Energy of Canada Limited's $8 billion liability ($16 billion undiscounted) of nuclear wastes, closed reactors, contaminated soils, etc. dwarfs all others.

It's definitely troubling that DND's GHG emissions dwarf those of all other federal departments and agencies.
But equating pollution with greenhouse gases ignores other pollutants that pose long-term risks to Canadians. In terms of federal environmental liabilities recorded in the Public Accounts, Atomic Energy of Canada Limited's $8 billion liability ($16 billion undiscounted) of nuclear wastes, closed reactors, contaminated soils, etc. dwarfs all others.