The burning question: How to tackle air pollution and health threats from wood stoves? 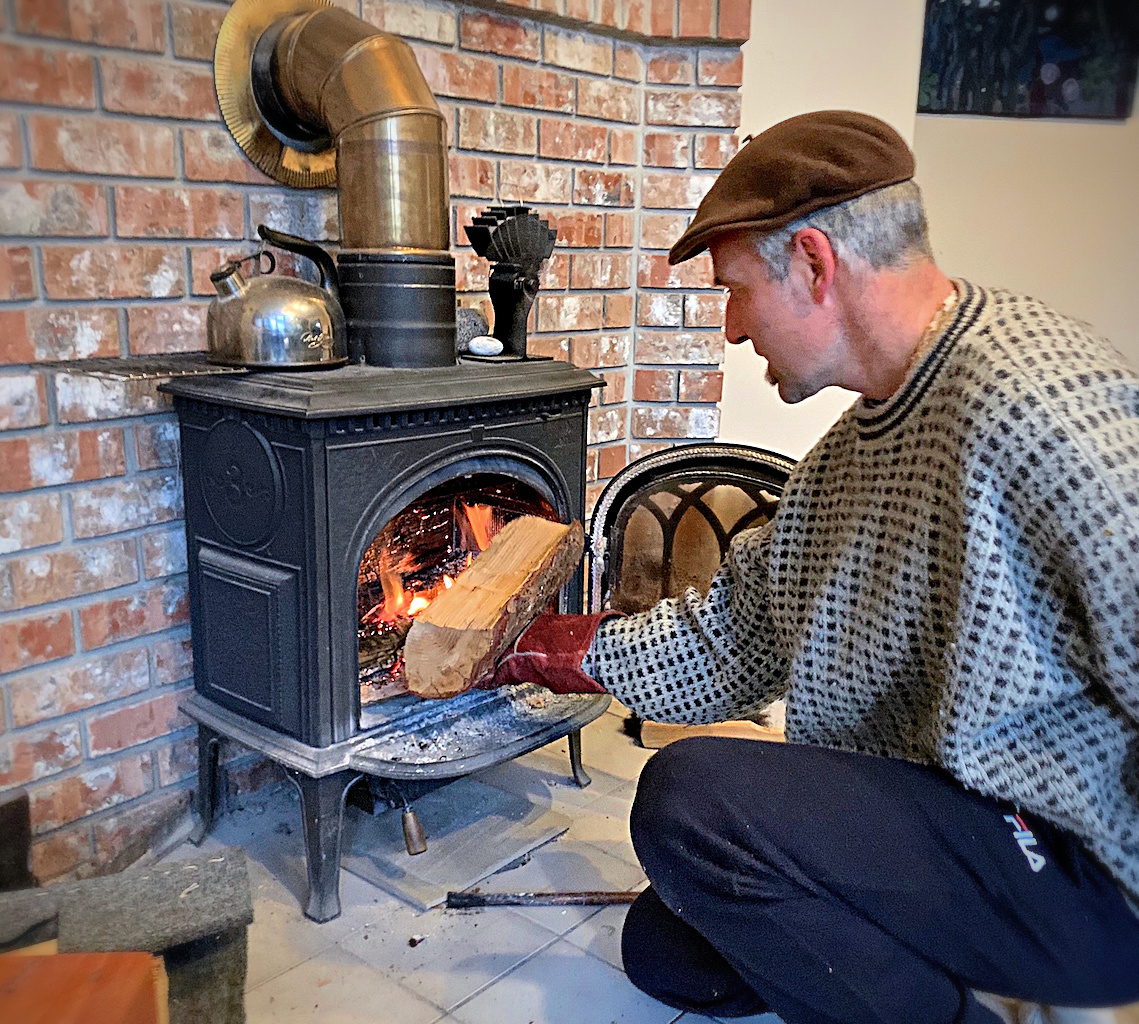 Smoke from wood stoves is contributing to air pollution and poses widespread health risks both in and out of homes. Photo illustration by Rochelle Baker
Previous story
Next story

If the stereotype associated with country living holds fast, folks in Canada’s small towns and rural communities should be relishing the benefits of fresh, clean air.

But rather the opposite is true, said Michael Mehta, a professor of geography and environmental studies at Thompson Rivers University in Kamloops, B.C.

Many rural residents’ health is at significant risk due to high levels of airborne pollutants from wood-burning stoves, both indoors and out, said Mehta, who specializes in environmental and health risk issues.

“People in the rural parts of Canada should have some of the cleanest air in the country,” said Mehta.

“But, actually, some have polluted air that is considerably worse than any city, and wood stoves are the main contributor.”

It's not unusual for households in small and rural communities to use wood stoves to heat their homes in the winter months, but they come with detrimental effects to human health and the environment, he said.

Heating with wood stoves is responsible for 27 per cent of the small particle emissions considered dangerous to human health in B.C., and 25 per cent of the air particulates nationally.

Wood smoke contains carbon monoxide, volatile gases, and cancer-causing chemical compounds, but it is the fine particulate matter, or PM2.5, that is of particular concern to human health.

These fine particles — smaller than the width of a human hair — can travel deep into people’s lungs and are associated with a long list of negative health effects, said Menn Biagtan of the BC Lung Association (BCLA).

While the level of tiny particles tied to vehicle emissions has dropped dramatically with the more stringent regulation of fossil fuels and vehicles, smoke from residential wood stoves continues to be a major problem in B.C., Biagtan said.

“People in the rural parts of Canada should have some of the cleanest air in the country. But actually, some have polluted air that is considerably worse than any city, and wood stoves are the main contributor,” says TRU professor Michael Mehta.

“We have tons of evidence that shows (fine particles) cause a lot of health impacts, especially for vulnerable populations,” she said. “Such as people with pre-existing heart and lung conditions, or those with diabetes, or pregnant women.”

The smoke can also negatively impact lung development in children and increase middle ear infections in youngsters, she added.

“It’s harmful, and that's the reason why we're paying close attention to (wood smoke) in terms of public health and educating the public,” Biagtan said.

There is no threshold below which smoke has no health effects, she said.

The best thing is to replace wood stoves with other heating options, such as natural gas, propane or electric heat pumps, to eliminate a household’s exposure to the toxic particles and avoid contributing to air pollution, Biagtan said.

People who can’t access other methods to heat their homes may be able to participate in the B.C. wood stove exchange program, which offers rebates to replace older wood stoves with new and cleaner sources of heat, such as electric heat pumps, gas or pellet stoves, or cleaner-burning emission-certified wood stoves.

Homes in “red zone” communities, where the fine particulate pollution exceeds federal air quality standards, may be eligible for $500. 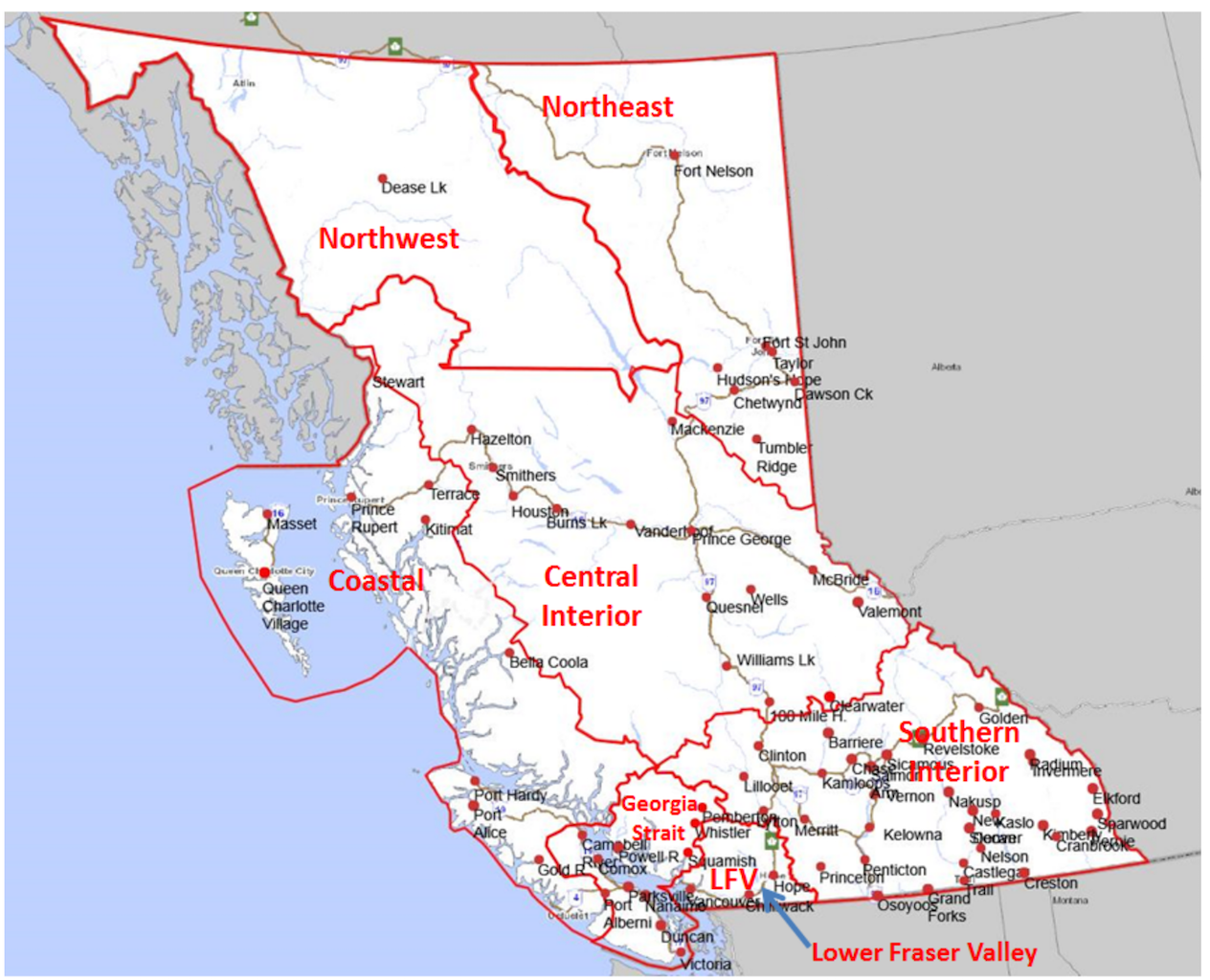 Two of B.C’s regional air sheds are classified as air quality red zones based on high levels of fine particle pollution recorded between 2015 and 2017.

The Georgia Strait and the Central Interior have been designated red zone air sheds due to high particulate emissions in the island community of Courtenay and the towns of Houston and Vanderhoof in the Interior.

The municipalities of Comox, Courtenay and Cumberland on Vancouver Island have all passed bylaws in recent years prohibiting the installation of wood stoves in new homes to improve local air quality and public health in the Georgia Strait air zone.

However, wood smoke and its health impacts are not just rural issues, said Michael Brauer, a professor with the School of Population and Public Health at the University of British Columbia.

Many cities in the Lower Mainland have high levels of particle emissions from thousands of outdated wood stoves and fireplaces in older homes, Brauer said.

“A lot of it is actually fireplaces, so it’s just sort of for ambience.”

As a result, starting in 2021, a new Metro Vancouver bylaw is phasing in restrictions on wood burning, requiring the registration of certified wood-burning appliances, and eventually phasing out the use of old-fashioned devices and fireplaces.

The impacts of wood smoke go beyond triggering respiratory illnesses, said Brauer, who participated in a study indicating particulate pollution is linked to the increased risk of heart attacks in seniors.

The risk of heart attacks among people aged 65 and over increased by 19 per cent during winter months, when wood stove pollution is at its highest, the study concluded after analyzing hospital records in the B.C. communities of Prince George, Kamloops and the Comox Valley.

Yet, convincing people to reduce or eliminate wood burning in their homes can be tricky, Brauer said.

Aside from the romance and emotional attachment people have to their wood stove, many live on properties where wood is an abundant, cheap fuel source, or in a household that simply can’t afford to replace older stoves regardless of any government incentives, he said.

Others like the independence a wood stove provides, especially during power outages, or they live off-grid, he added.

Regardless, an individual household burning wood has the potential to negatively impact the health of household members and neighbours in the surrounding community, Brauer said, adding wood stove smoke can travel as far as five kilometres and pool in low-elevation hot spots.

“If you're burning wood on your isolated property, that's your decision. You're not really affecting anybody else’s health,” he said.

“But within that area, there’s likely to be somebody (with pre-existing illnesses) who's going to be sensitive to the smoke, and they could be affected.”

A condensing wood stove captures all the pollution, puts out 20% more heat, and is still efficient with unseasoned wood. It sounds as if those programs were written for the utility companies.

I am able to have fairly

I am able to have fairly comfortable retirement because I have a wood stove to heat my modest cabin, My average utility bill is $65 a month, I cut my own wood in summer and it burns in an approved efficient wood stove. During two recent long power outages I remained comfortable and did not worry about frozen pipes.

You will never convince me to take out my wood stove.

You remind me of the years I

You remind me of the years I lived in a cabin in Labrador. I too cut my own wood and heating cost me virtually nothing. The quality of heat produced off a wood burning stove is unequaled in warmth and comfort. I now live in the so called “Gas City” and shudder every time I see the heating bill. For me, wood burning is a better way.

I'd like to see their collection protocols and data.
Old ppl die of heart attacks more in winter than summer here in Toronto too, where there's no wood burning in winter at all. Here they blame it on over-exertion shovelling sidewalks.
The particularly gob-smacking part is the recommendation of *propane*: propane with raw fumes and exhaust both toxic gas and particulates.
The problem with these self-serving studies promoted by industry is that they rely on such bad science. Concentrations of indoor toxicants of all kinds are worse in winter, because ppl keep fresh air out as they keep the heat in. Some even exhaust their dryers into homes to conserve the heat: all that laundry product residue, toxic as anything. Room deodorizer/fresheners ('cuz don't open the window and let the heat out).
And btw, the exhaust from natural gas is toxic, as are fumes from unburned gas, in part because of the toxic marker gas used in it so we all can smell when there's a leak.
Meanwhile, the towns mentioned have sawmills that burn their waste, and other industrial operations, not to mention an awful lot of fumes and particulates from deisel equipment, and closed garages attached to houses.
And meanwhile, both the forest industry and the agricultural and hydro sectors are plugging wood "waste" as "green biofuel," and natural gas as "renewable and carbon neutral."
Where does destruction of carbon sinks figure, I wonder, in their calculations.

And where is mention of

And where is mention of correction for the effects of forest fire season.
Oh. I thought not.