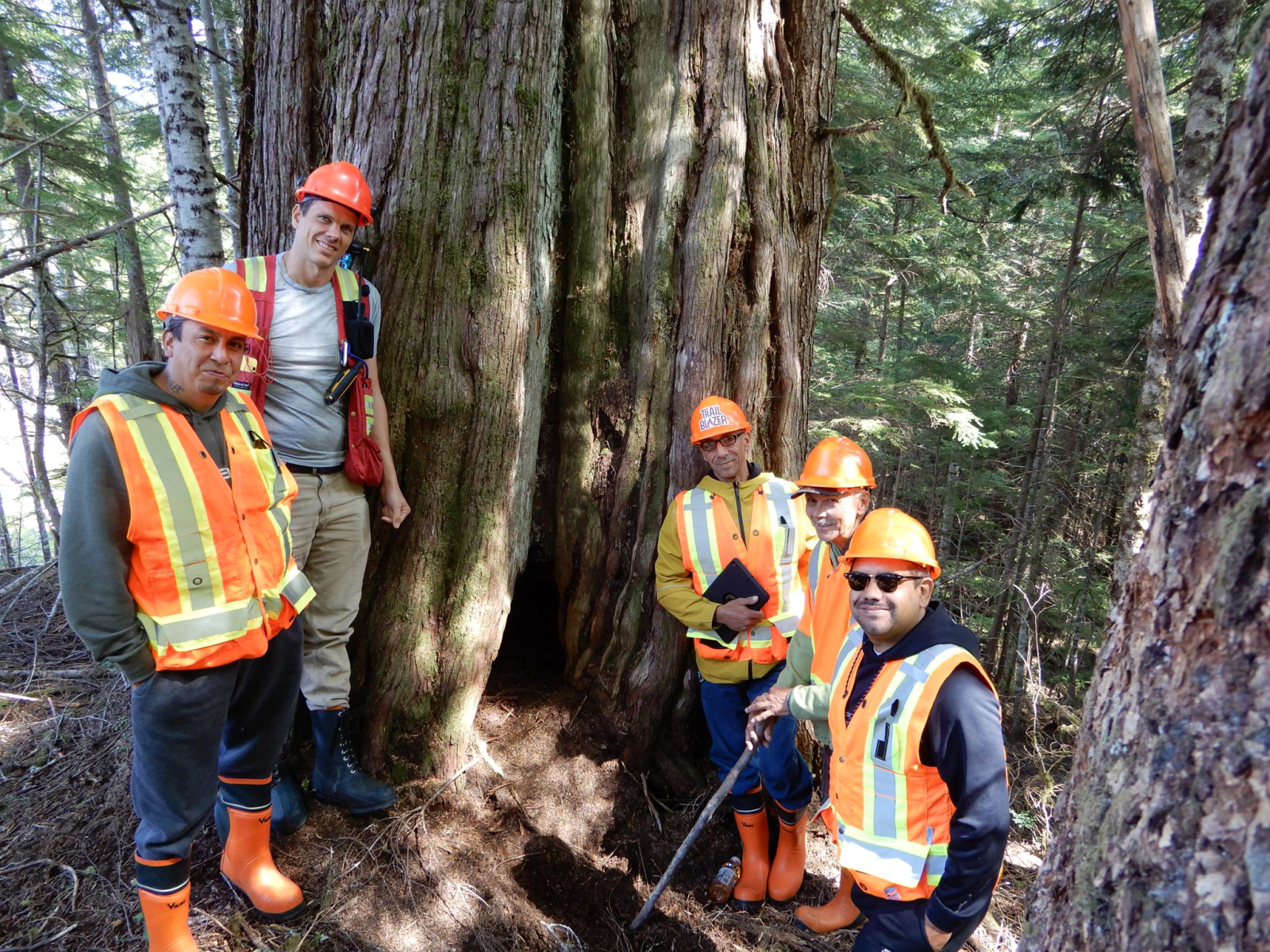 First Nations culture along B.C.’s West Coast is rooted in the majestic and monumental cedar tree.

Known as the “Tree of Life,” cedar has a multitude of uses for coastal peoples, says Na̲nwak̲olas Council president Dallas Smith.

But more than a century of industrial old-growth logging has mowed down these forest giants that can live for thousands of years, putting the shared spiritual and cultural well-being of First Nations at risk, Smith said.

So, old-growth cedars will no longer be valued solely as commodity, but also for their incalculable cultural worth, Smith said.

A new manner of stewarding ancient, culturally significant trees has been crafted, he said.

Na̲nwak̲olas Council and a number of forestry companies have made a groundbreaking agreement to ensure the monumental sacred trees are protected from logging within members’ traditional territories.

Beyond conserving old-growth trees, the new protocol also protects younger stands of cedars so they can grow larger to support future generations. #BC #OldGrowthForests

“Before, respecting cultural heritage could be a little bit of lip service,” Smith said.

“But now we're saying this matters to us and it's going to be part of our decision-making paradigm.”

“It's just gotten harder and harder to find the trees of that dimension to build that sort of cultural artifact,” he said.

The new protections for cultural trees are a first step by the council to protect old-growth values in member nations’ traditional territories, Smith said.

“It’s a big deal because (the LCC) is related to our approval process for cutting permits and cutting tenures,” he said.

“And if companies aren't going to play by the rules that we've jointly developed … they're simply not going to have these permits OKed by us.”

The LCC protocol sets out the operations policies to be followed by logging companies in the First Nations’ combined territories, which cover a terrestrial area of 21,604 square kilometres, said Jordan Benner, Na̲nwak̲olas forestry and research adviser.

However, only five per cent of the combined territory — which includes pockets of private property, young forests and non-forested areas — is likely to have suitable stands of old-growth cedar, Benner said.

Na̲nwak̲olas is continuing to research the distribution and abundance of LCC trees and the environmental conditions where they grow, he said.

The LCC protocol is significant in a number of ways and provides enhanced protections above provincial old-growth policy, Benner added.

Cultural cedars are identified by a set of criteria beyond size — such as the quality, health and shape of the tree — that were established by First Nations carvers, Benner said.

Any red or yellow cedars greater than 100 centimetres in diameter with potential as an LCC tree would trigger a potential survey by the First Nation.

And if determined to be an LCC, a tree measuring 150 centimetres or greater in diameter and beyond 12 metres in length would be off-limits for logging.

B.C.’s new Special Tree regulations in the coastal biogeoclimatic zone only protect red cedars 385 centimetres in diameter or higher, and yellow cedars 265 centimetres across and above.

“So (the LCC protocol) is capturing a lot of ... smaller trees than the provincial big tree policy, as long as they meet other characteristics as well,” Benner said.

“We're also setting out rules for how First Nations can more equitably access these trees from the bush as well.”

Big cedars have big targeted by the forest sector for a long time for their big timber values, he added.

A tree might be several centuries old before it can be used for a large canoe or big house, yet industrial forestry rotations are typically less than 100 years, Benner said.

“Now, First Nations have more certainty that a specific level of these trees will be considered for current and future generations.”

“But the protocol is really the tip of the iceberg,” Smith said.

“We're going to start bringing forward more and more cultural protection for our lands and resources.”

My concern is that the

My concern is that the government has a history of simply allowing more cutting -- more harvesting -- to take place elsewhere when it allows protection of any timber sources. We need the government to recognize that harvesting old-growth must stop -- everywhere. The old-growth ecosystems support so much biodiversity; we cannot afford to lose any more. The traditional uses are important, but so is protecting all of the life that old-growth shelters and enables.

Adding my support for the

Adding my support for the preservation of "old growth" timber. It is probable that humanity evolved in symbiosis with forests. What incredible arrogance invades our brains that impels us to destroy thousands of years of growth, experience, adaptation ? Is it the petulance of the paltry human life form, our puerile envy that dictates our destructiveness? We seem to be a species much given to the destruction of our own works, most especially when we can dub those works as "ungodly" or the product of our enemies. How can we kill the ancient survivors of our mutual evolutionary journey, the mighty giants which have outlived countless generations of our pitiful and futile attempts at world domination?