Recycling key to plastic crisis, says coalition behind new plastic ‘pact’ — but is it? 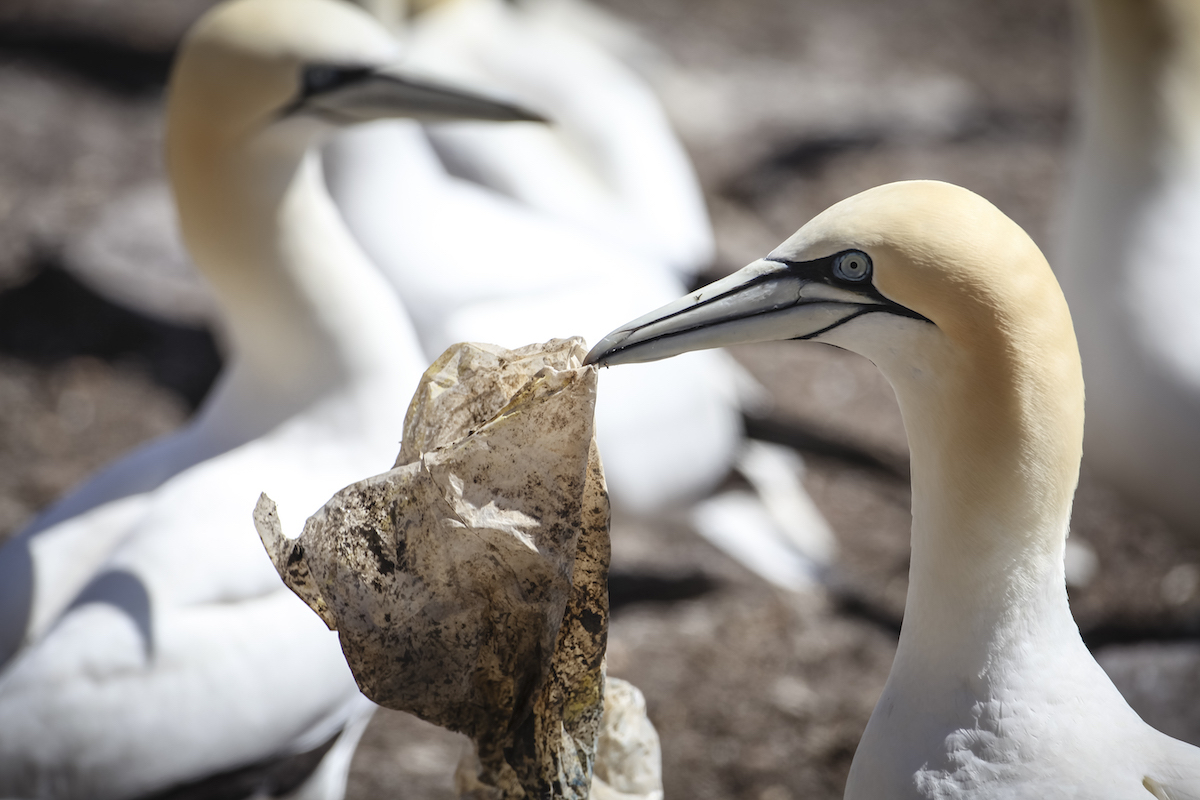 Only nine per cent of Canada's plastic waste is recycled. A new coalition of businesses, environmental organizations, and governments say that can change, but critics are doubtful. Photo by Greenpeace
Previous story
Next story

Every year, Canadians create hundreds of thousands of tonnes of plastic waste, almost half of it from packaging. Despite Canadians' diligent efforts at curbside recycling, most of it ends up in landfills. That might be changing.

On Wednesday, a coalition of major businesses, environmental organizations, and the federal government announced a new initiative to eliminate plastic waste: the Canada Plastic Pact. The group aims to ensure that in the next five years, at least half the plastic packaging in Canada will be recycled or composted and contain at least 30 per cent recycled materials. It’s the first step, the group says, to an economy where plastic is endlessly recycled.

There’s a long way to go. Merely nine per cent — 305,000 tonnes — of the plastic waste produced in Canada each year is recycled, according to a 2019 study commissioned by Environment and Climate Change Canada. The remainder, almost 2.8 million tonnes, ends up in landfills, incinerators, or the environment.

“The challenge is pressing and requires action, there’s no question about that,” said David Hughes, CEO of The Natural Step Canada, an environmental organization driving the initiative. So far, most efforts to improve recycling have focused on consumers — an approach that has done little to reduce plastic waste. That means looking elsewhere to fix the problem, he said.

“Our focus is on industry and policymakers. Those people who are driving the system that has to collect (plastic) materials, that has to make sure they get converted back to materials that can go right back into the economy. Right now, that (system) is not well-organized from end-to-end.”

The pact aims to streamline that system by helping major plastic-using corporations — Unilever, Walmart, and Nestlé are members — co-ordinate with the recycling industry to ensure more plastic gets recycled, Hughes said. So far, no plastic manufacturers have signed on to the pact.

Currently, the widespread use of mixed or unrecyclable plastics in packaging means that most can’t be recycled for profit, and they end up in landfills.

Shifting rules around what can and can’t be recycled between municipalities and regions also make it difficult for companies that use plastic packaging to be sure their products will actually be recycled. That lack of co-ordination between the different participants in the path plastic takes from factory to landfill or recycling facility — companies, governments, and recyclers — is the main factor driving so much of our waste to landfills.

“What we’re trying to do here is to bring that group together and find common solutions,” he said.

“The solution isn’t to vastly increase our recycling — that doesn’t get rid of our plastic problem. We have to reuse, to refurbish, and really reduce (plastic use),” says Myra Hird, professor of environmental studies at Queen's University.

“No matter how successful we are, demand for (plastic) products is going to grow… We just have to make sure we keep them out of the environment.”

“We cannot continue on the path we are now,” said Laura Yates, a plastics campaigner at Greenpeace Canada. Plastic waste is driving an ecological crisis, she said, clogging oceans and contaminating most ecosystems on the planet. The plastics industry is also driving continued oil and gas extraction, with producers anticipating plastics will account for between 45 and 95 per cent of global growth in demand, a September analysis by the Carbon Tracker Initiative found.

“The crux of the problem is that industry is … firmly entrenched in continuing to prop up recycling” instead of eliminating the amount of plastic produced in the first place — which is a more effective way to reduce waste, said Yates.

Myra Hird, professor of environmental studies at Queen's University and an expert on plastic waste, agreed.

“If the goal is to reduce waste — which is the purported goal — then this is not the way to go,” said Hird. “Recycling doesn’t reduce waste.”

Plastic recycling was invented by plastic manufacturers who were coming under increasing criticism because of widespread litter in the U.S. and Canada and was sold as a solution to the environmental crisis. Recycling put the onus for dealing with plastic waste on consumers and municipalities — a “bait-and-switch” ploy that allowed plastic manufacturers and plastic-dependent industries to keep increasing plastic production while shirking responsibility, she said.

Critics say because virgin oil plastic has always been so cheap, recycled plastic, which is more expensive to produce, could never compete — especially as it is generally of lower quality than virgin oil products. The system has never worked, which is reflected in Canada and other countries’ current dismal recycling rates. More efficient and cost-effective recycling systems might help somewhat reduce plastic waste, but it will never be enough, they said. The only way to get rid of plastic waste is to dramatically reduce how much is produced in the first place.

“The solution isn’t to vastly increase our recycling — that doesn’t get rid of our plastic problem. We have to reuse, to refurbish, and really reduce (plastic use),” Hird said.

"The pact’s goal isn’t to

So it's just more greenwashing, as the industry has been doing for decades (starting with the deceptive appropriation of the "moebius triangle" recycling logo.)

The Natural Step Canada says this is the first step along this road and maybe they sincerely believe it, but with a sea of plastic floating in the Pacific ocean it is far too late for such a timid strategy.

The three Rs are "reduce, re-use, recycle IN THAT ORDER". I don't see how recycling better moves society towards reducing the production of plastics.

Agree, this proposal to step

Agree, this proposal to step up plastic recycling is more mega-greenwashing.
The solutions are clear: progressively (more every year) ban more and more single use plastic; ban all micro-plastics use including in cosmetics, clothing, etc.; add progressively increasing plastic taxes (like carbon taxes) to all products using plastic packaging (taxes to be used to fund plastic clean-up); and make plastic manufacturers and users responsible for collecting, sorting, recycling or safely disposing of their products (polluter pays principle, saving municipalities millions). Does this mean prices on many things go up? Yes, thereby encouraging swift movements away from plastic ... and probably much less junk manufacturing overall. Should all plastic be banned? Absolutely not: there are many critical uses for plastic (medical, for example, long-life anti-obsolescent appliances, etc.). There the focus must and can be on safe recycling. This is all scientifically do-able, all we need is the political will ...