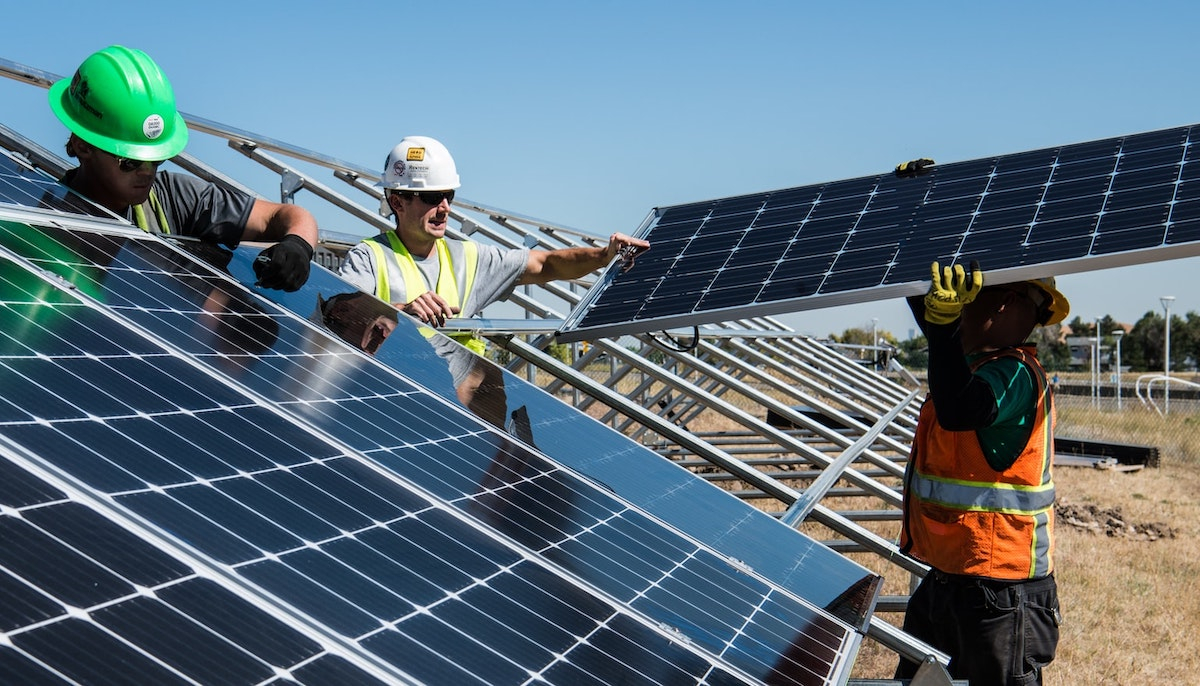 Canada will work with the administration of U.S. President Joe Biden to battle the climate crisis. Photo by Science in HD / Unsplash
Previous story
Next story

U.S. President Joe Biden’s first week in office has offered a welcome dose of climate optimism. Not only did Biden win a mandate with climate action as a central pillar of “building back better” from the pandemic, he has also assembled a cabinet and White House team comprised of climate experts to deliver an all-of-government effort.

Canada welcomes the return of the U.S. to the Paris Agreement, and we look forward to forging new opportunities for bilateral climate co-operation with our largest trading partner and closest neighbour. This will be facilitated by the fact we already have a solid relationship and record of accomplishment working with Biden. In 2015, shortly after Canadians elected us to deliver ambitious climate action, then-vice-president Biden visited Canada to urge our government to continue taking action on issues such as climate change. And we did just that.

Working with Canadians, we developed and began to implement Canada’s first-ever national climate plan — the Pan-Canadian Framework. The plan was supported by every premier, save one, and is doing more to cut pollution in a practical and affordable way than any other climate plan in our history.

Headwinds to this momentum soon developed, however, both from a small but vocal group of Conservative politicians and from a newly elected U.S. president who did not share Canadians’ conviction that climate change is an emergency and its solutions, an opportunity. Several provinces backed down from their commitments to put a price on pollution and the Trump administration began to reverse environmental regulations, some of which impacted Canada.

Amidst calls to slow down our environmental ambitions to maintain economic competitiveness with the U.S., perhaps the painless path would have been to use these challenges as an excuse to do less. In fact, that is what the Conservative Party proposed to do in its 2019 election platform. But working with Canadians, we stepped up and forged ahead with the sense of urgency that a crisis requires.

We advanced Canada’s world-leading carbon pricing system that puts more money in the pockets of families. We accelerated the phaseout of coal, invested in renewable energy and developed standards for cleaner fuels. We moved on regulations that will cut methane pollution from oil and gas almost in half by 2025, even after the U.S. backed out of its commitment to do likewise. We made electric vehicles more affordable and accessible. And we continued to protect more of the lands and oceans that sustain us.

Nevertheless, we knew we needed to ramp up our ambition and Canadians elected us to do exactly that in 2019. That is why we built on our progress by developing and presenting a strengthened climate plan in December that means we will not just meet but exceed our 2030 emissions reduction target.

There is now significant alignment between the climate plans of President Biden and Canada’s. From our electricity grids to our automotive industry — there are many areas of economic integration that can be leveraged in the fight against climate change. Done thoughtfully, in collaboration, we can create more well-paying jobs and attract more investment into our innovative industries that will deliver climate solutions we and the world urgently require.

We can do this by developing joint efforts in areas like expanding access to affordable and reliable clean energy, reducing methane and eliminating thermal coal, decarbonizing our industries and transportation systems, and building sustainable and resilient economies through investments in green infrastructure. Together, we can ensure North America lands its fair share of the multitrillion-dollar low-carbon opportunities in the face of fierce global competition and an accelerating climate crisis.

Canadians want to be at the forefront of this change, and that is where Biden will find us as he looks to implement his environmental and economic agenda. No doubt, he will be looking for strong allies in the fight against climate change, and he will find none more resilient and determined than right here in Canada.

The Honourable Jonathan Wilkinson is Canada’s minister of environment and climate change.

Anxiety gives way to elation as Trump takes off, Biden takes over as president

The Honourable Jonathan Wilkinson sounds like he thinks he's riding a Unicorn, too. We've been giving Biden a real hard time over KMX and other carbon burning schemes, while blowing huge sums on stupid little nukes.

Interesting that the word

Interesting that the word "pipeline" doesn't even appear anywhere in Mr. Wilkinson's statement...

Oh, please, won't you let us

Oh, please, won't you let us build our pipeline?
Thank you, Jonathan Wilkinson, for a heaping bowlful of hypocrisy to start my day.
This is the same Liberal Govt that declared a climate emergency one day and approved the TMX pipeline expansion the next. (Footnote: Trudeau also bought the pipeline with our tax dollars. Congratulations, Canadians! You now own a climate-hazard.)
Wilkinson does not mention pipelines here. Not once. Amnesia can be so convenient.
Under climate leader Trudeau, Canada's GHG emissions in 2018 hit levels not seen in a decade. Not on track to meet 2030 and 2050 targets.

Up until the last minute, the Trudeau govt was still advertising that Canada's climate plan had room for new export pipelines transporting oilsands bitumen.
Kirsten Hillman, Canada's ambassador to the U.S.: "Keystone XL fits within Canada’s climate plan"
https://www.nationalobserver.com/2021/01/17/news/transition-biden-order-...
True only if Canada's climate plan is to miss its inadequate targets by miles.

Wilkinson on January 20, 2021: "It's important, not just for Canada but for the United States as well, to be thinking about how the continued use of fossil fuels in combustion fits in the context of a broader climate plan."
"Trudeau says he'll fight to persuade U.S. about merits of Keystone XL pipeline"
https://www.nationalobserver.com/2021/01/20/news/trudeau-vows-fight-sway...

Canada does not even report its emissions accurately.
As multiple studies based on actual measurements show, Canada's oil & gas industry grossly under-reports its emissions — of all types. The industry's emission stats are fiction.
Grossly under-reported oilsands emissions do nothing but climb year after year. AB's emissions show no sign of falling.
Oilsands expansion enabled by new export pipelines will prevent Canada from meeting its inadequate targets for decades.

"Canada still on pace to fall short of Paris target, despite ambitious climate policies: UN filings"
business.financialpost.com/commodities/energy/canada-still-on-pace-to-fall-short-of-paris-target-despite-ambitious-climate-policies-un-filings
*
"Unrestrained oil production threatens Canada's climate change goals: OECD"
www.nationalobserver.com/2017/12/19/news/unrestrained-oil-production-thr...
*
"Federal government failing to put climate plan into action, environmental watchdog finds"
www.cbc.ca/news/politics/environment-commissioner-report-climate-change-...
*
The Trudeau Govt apparently plans to rely heavily on dubious carbon offsets and even more dubious accounting tricks to narrow its emissions gap.
Barry Saxifrage: "The ugly part of the plan is how it ignores the flood of emissions pouring out of Canada’s managed forestry sector and instead claims this sector is a source of 'net GHG removals.' Over the last decade, logging emissions have vastly exceeded what our nation’s managed forests have absorbed. This carbon imbalance has created a flood of net GHG additions into, not removals from, the atmosphere, worsening the climate crisis."
"The good, the bad and the ugly in Canada’s 2030 climate plan"
https://www.nationalobserver.com/2021/01/18/opinion/canadas-2030-climate...

Wilkinson: "expanding access to affordable and reliable clean energy"
An apparent reference to clean oil from AB's ethical oilsands, hydro-power, and nuclear.
None of which fits the bill.

The US has a huge influence

The US has a huge influence no what we can do here in Canada. We need to seize the opportunity to set the stage for the next 4 or more years to make as much progress as possible. We have the dirtiest vehicle fleet on the planet. It's time for strong measures such as ZEV mandates to get us back up from the laggard position we are now in.

Canada is hardly presenting itself as a staunch ally in the fight against climate change. Our government is currently busy complaining about the cancellation of Keystone XL. The hypocrisy in the Canadian federal government is stunning.

See Geoffrey Pounder's comment below for a great list of examples of our miserable failure to do the right thing when it comes to the climate crisis. :-(