Jane Squier and her unlikely Salt Spring empire of citrus 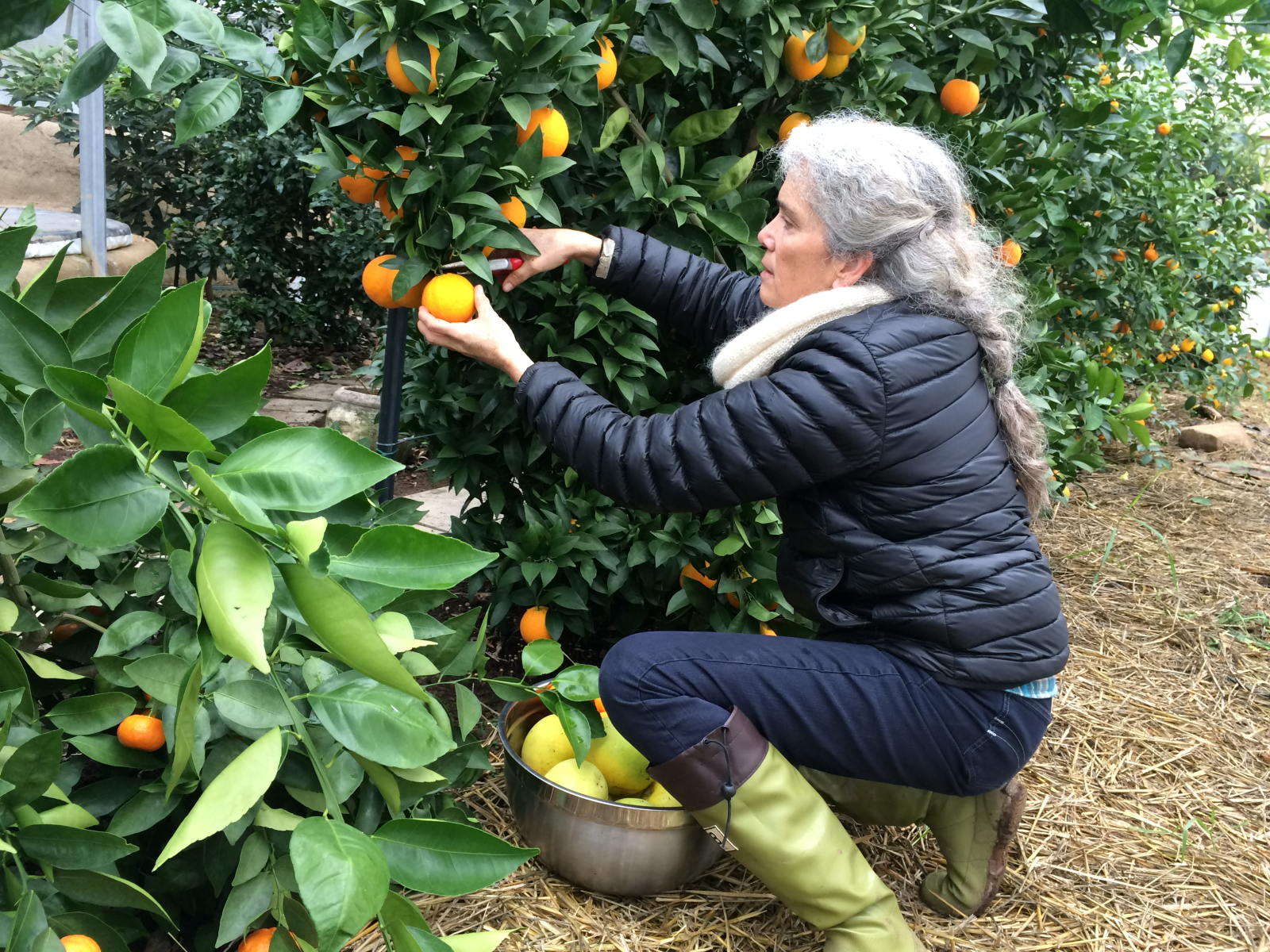 Most mornings, Jane Squier harvests an unusual crop from her Salt Spring Island backyard: Oranges, avocados, and dozens of other citrus fruits.

Despite British Columbia's reputation for moderate winters, Mediterranean fruits are rarely grown in the province. It's too cold. But ensconced in a high-tech greenhouse, Squier's fruits are not bothered by the rain-swept winters or the chilly fall days. That's a gift for the longtime gardener and the island's chefs, who delight in her year-round subtropical bounty.

Her obsession flourished, she recalled, with the 2015 ripening of her first avocado.

“I was so excited, I couldn’t stand (to wait),” she said. “But I did, until it was really, really ready. It was really good. Really buttery.”

Even a friend who lives where avocados are common was impressed.

“I have a friend in California and I gave him one of my avocados ... He called me back and said, ‘This is one of the best avocados I’ve ever had.'”

The greenhouse behind Squier's wizardry relies on a hydronic wood gasifier — a high-efficiency wood burner that heats insulated pools of water in the greenhouse and uses less than three cords of wood annually. The water acts as a heat sink, releasing warm air into the space. Fans blow it around the greenhouse to guarantee an even heat.

“My mom, she was from a farming background (and) she started a garden. I got carrots to plant and I got to watch the miracle of them germinating and turning into food,” says Jane Squier. #food #gardens #BC

To keep the warmth from escaping, she uses an energy curtain to reduce heat loss at night and heavy adobe walls to provide steady radiant heat.

Squier's love for novel fruits has deep roots. A Montréal native, her first experience with plants was during a 1960s stint at a cottage in Québec's Eastern Townships.

“My mom, she was from a farming background (and) she started a garden. I got carrots to plant and I got to watch the miracle of them germinating and turning into food,” she said. “I was just so absolutely thrilled by that experience and it sort of opened up thinking about things.”

While completing her undergraduate degree, she worked on a B.C. commune. The self-sufficient nature of the operation has continued to inspire her.

“That was my introduction to organic agriculture, and I was actually pretty excited about growing, living off grid, growing all your food and storing it,” she said. “That’s what inspired me to start studying horticulture.”

In 1980, she landed a job as a district horticulturist in Papua New Guinea. The experience was eye-opening. Garden plots in the country were built on hillsides and farmed on 26-year rotations. There was no need to plant seeds; the cycle relied on vegetative reproduction, new plants grew naturally from parts of the older ones.

Her job in the country was to help boost soil fertility, which was declining as people left rural areas for cities. The shift meant the remaining plots had fewer fallow periods, a practice that was degenerating the soil.

Many Papua New Guineans were also protein deficient, and she helped them find protein-rich crops that were well adapted to local conditions and diets, and showed them organic gardening techniques.

“I trained people who were respected in the community … and then they just ran the place.”

But her horticultural education extended beyond fallows and fava beans when she started a nursery for tropical plants.

“They didn’t have a lot of variety there. They just pretty much had limes. They did have one massive avocado tree that a missionary had planted at some point,” she said. “(Growing tropical plants) became not an interest, but something I was actually doing.”

She left the Prairies for warmer climes, settling on Salt Spring and starting a small "lifestyle" hydroponic lettuce farm. She eventually closed that business, but paused before dismantling the greenhouse. By then, she'd stopped eating citrus because of the pesticides used to grow them and she had ethical concerns about the avocado industry. She wondered if the greenhouse could perhaps return those fruits to her diet. So she planted some orange and avocado seeds and waited.

"I was ... seeing whether I could grow them using the sustainable sort of yield of my two acres of Douglas fir,” she said.

“That was my personal challenge. This is a self-inflicted experiment. Just being able to see what's possible here with this really beautiful asset, a greenhouse, which was then feeling much more like a liability.”

You can read more about the greenhouse and Squier's projects on her website.

I was really interested to see this article, including Jane's background. Maybe that kind of heating could be replicated elsewhere in southern BC, even scaled up, perhaps. So thanks for publishing it.