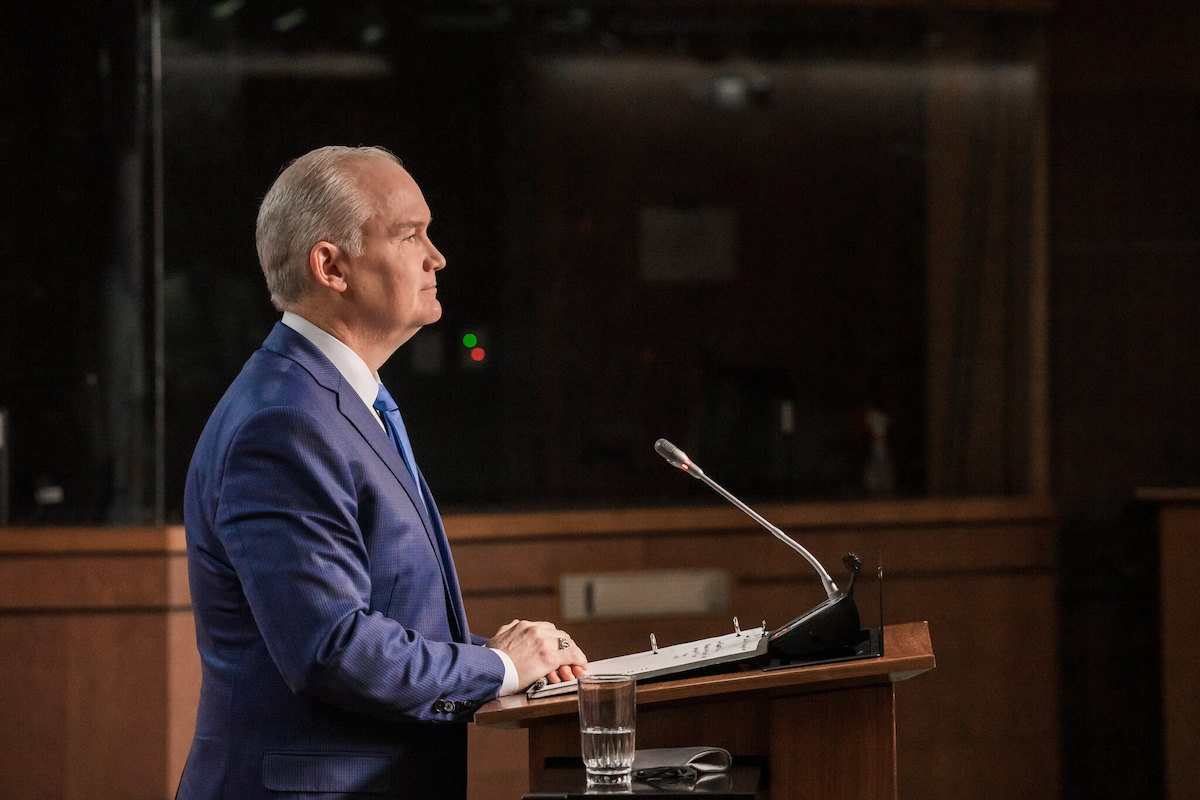 At long last, after years of fudging and filibustering, the Conservative Party of Canada has a climate plan. And if the early returns are any indication, it might be the worst of both worlds — a policy that will simultaneously infuriate many of the party’s most fervent supporters and underwhelm Canadian voters who care about climate change.

The Canadian Taxpayers Federation, which had been in lockstep with federal Conservatives on their shared opposition to the Trudeau government’s carbon tax and rebate, let party leader Erin O’Toole have it with both barrels. “It’s outrageous that O’Toole is now planning to hammer Canadians with higher fuel bills through his very own carbon tax,” said Franco Terrazzano, the CTF’s Alberta director. “When he was running for leader, O’Toole pledged to taxpayers that he would fight carbon taxes. If he goes through with this scheme, he will be breaking his promise to Canadians.”

Terrazzano is talking from his organization’s book here, of course, but his reaction may also be informed by a recognition that O’Toole’s plan has a lot in common with the one that Rachel Notley’s NDP introduced in 2016. Both revolved around a carbon tax, and both tried to pretend it was something different by referring to it as a “levy.” And where Notley’s Climate Leadership Plan invested directly in things like energy efficiency retrofits and other consumer-oriented carbon-reduction opportunities, the O’Toole plan proposes to create “personal low-carbon savings accounts” that could be used to spend on said opportunities. The O’Toole plan even keeps the system for large industrial emitters developed by the Notley NDP and later adapted by the federal government.

But while O’Toole’s plan will almost certainly trigger the anti-carbon tax part of his base, it’s not clear why it would impress anyone who actually cares about climate change. After all, it would cut Canada’s current carbon tax in half to just $20 per tonne, and put a $50-per-tonne ceiling on it — a far cry from the $170-per-tonne target the current plan intends to reach by 2030. And while the Conservatives' new climate plan has been independently analyzed and they say it will meet Canada’s emissions reductions targets for 2030, the party initially declined to share any of that analysis with the reporters covering the story.

There is some good news in here for Canadians who care about climate change; at least the federal Conservative Party has decided it doesn’t want to keep dying on the same hill it’s been fighting to protect for years. "We recognize that the most efficient way to reduce our emissions is to use pricing mechanisms," the plan acknowledges. This is a bit like recognizing the Earth rotates around the sun, but being able to put this part of the discussion behind us is a positive development, albeit long overdue. Now, at last, we can move past the question of whether we should be doing anything to fight climate change and instead focus on what, exactly, must be done.

But make no mistake: O’Toole’s Conservatives are simply retreating to a new hill here. Rather than resisting a carbon tax, they’ll make the case for a rebranded one that does as little as possible. That will mean plenty of talk about how Alberta’s oil and gas industry has reduced its emissions, and why China and India aren’t doing nearly enough. It will also mean new subsidies for higher-emitting industries, and an abiding belief that technology will somehow allow us to avoid actually making the hard decisions climate change demands.

What it won’t do is offer a credible alternative for climate-concerned Canadians in the next election. O’Toole could have accepted the Liberal government’s proposed path to $170 per tonne, and promised to use those revenues to cut personal and corporate income taxes to levels that would make Canada a more attractive place to live and invest. That would have aligned with his party’s own philosophy and ideology, and kept the country on a plausible path to meeting its 2030 targets. Instead, O’Toole is serving up a rebranded bag of leftovers and hoping Canadians are hungry enough for change that they’ll look past its obvious flaws.

There’s no question this plan, for all of those flaws, is better than anything his predecessor put out there. It embraces the kinds of regulations that Conservatives used to recoil at instinctively, including a low-carbon fuel standard and a zero-emission vehicle standard, and it doesn’t set aside the output-based pricing system for large emitters. But in retreating to this comparatively higher ground on climate policy, O’Toole is inviting attacks from both sides. And at the end of the day, dying differently on a new hill isn’t much better than dying the same way on the old one.

This story has been updated to include a link to independent analysis of the Conservatives' new climate plan.

Spot-on analysis.
Canadians who support climate action will not embrace a plan even less ambitious than the half-measures proposed by the Liberals.
Canadians who ideologically and religiously deny global warming and oppose climate action have no reason to support a plan that contradicts the tenets of their faith.
So whom is O’Toole's plan supposed to appeal to?

One addition which just

One addition which just enhances the article's point, and one disagreement.
First, let's talk about those individual savings plans. If anyone but the Conservatives had introduced that, the Conservatives would be hammering away at that and for once I might agree with them. They propose to squirrel your money away in an account so that you can't get it out unless you spend it on something the government has decided counts as an allowed thing. Presumably, you'd have to prove this. So that means a government bureaucracy telling you how to spend your money and making you jump through hoops to prove you're toeing the line. Sure, they might be outsourcing the savings accounts to a private entity so they can shovel some profits to some cronies, but the conditions under which you can get your hands on any of it are still dictated by the government.
So much for free markets. This is where we see how subservient the Conservative social media bots are--this policy is the kind of thing that just BEGS for paranoid conspiracy theorizing. Heck, if I were the Liberals I'd start a couple sock puppet accounts at popular right wing(nut) sites and see if I could make something go viral.

The disagreement is on a throwaway comment in the article.
""We recognize that the most efficient way to reduce our emissions is to use pricing mechanisms," the plan acknowledges. This is a bit like recognizing the Earth rotates around the sun"
Ah, no, it isn't. I back carbon taxes, but they're not very efficient and they're not going to be the most important component of a shift. Norway didn't get to 54% market share for electric cars with carbon taxes. Britain didn't drop its emissions 40% with a carbon tax.
People think they must be the most efficient way because economism and assumptions about magical markets are so prevalent, but when the economics gets a bit more real it turns out not to be the case. Studies show that demand for fossil fuels tends to be quite inelastic--that means demand doesn't just go away when you increase the price. So, even at the "cute graph" level, graphing accurately shows that carbon taxes aren't going to be very efficient at changing behaviour. And it's not hard to see why. Replacements for fossil fuel tend to be capital intensive--buy a new car, get a new furnace, expensive building retrofits, solar panels, all involve lots of money up front. Reports about the economic situation of average people in North America today tend to emphasize that huge percentages are living paycheck to paycheck and would be in deep trouble if they were faced with an unexpected $400 expense. On top of that, they take time and effort to arrange--to investigate, to decide, to contact companies, to arrange installations, to line up financing and so forth. Lots of people who think in theory that it might be nice to switch to, say, geothermal heating aren't going to do it because they can't afford the money and time up front. I myself looked into it once; I live in a townhouse; the strata was unenthusiastic. And renters simply don't have control over many of their fossil fuel uses, while landlords don't have to pay for them.
On top of that again, many of the most important things that can be done to reduce fossil fuel use don't happen at the individual consumer level. I can't decide to switch to using inexpensive electric trams to get to work if there are no inexpensive electric trams to switch to. I can't power my home using wind if there is no wind farm generating power. I can't not release excess natural gas (methane) into the atmosphere from my oil well if I don't own an oil well.
No, the most efficient way to move to zero carbon is for government to plan carefully and put the plans into positive action--subsidize things that we need more of, build the transit, deliver the retrofits, regulate new construction.
Carbon taxes are good as an adjunct, they can help tilt the playing field so that when you come to the homeowner and say "We'll subsidize and install new non-emitting stuff for you. You want?" they can be clear that they'll see savings at the other end of the process. But they are not the main event; we've ended up concentrating on carbon taxes precisely because of earlier insistence by the business lobby, and the Conservatives themselves back when they supported a carbon tax (before they opposed it before they supported it again) that doing real policies to create real change wasn't market-y enough.