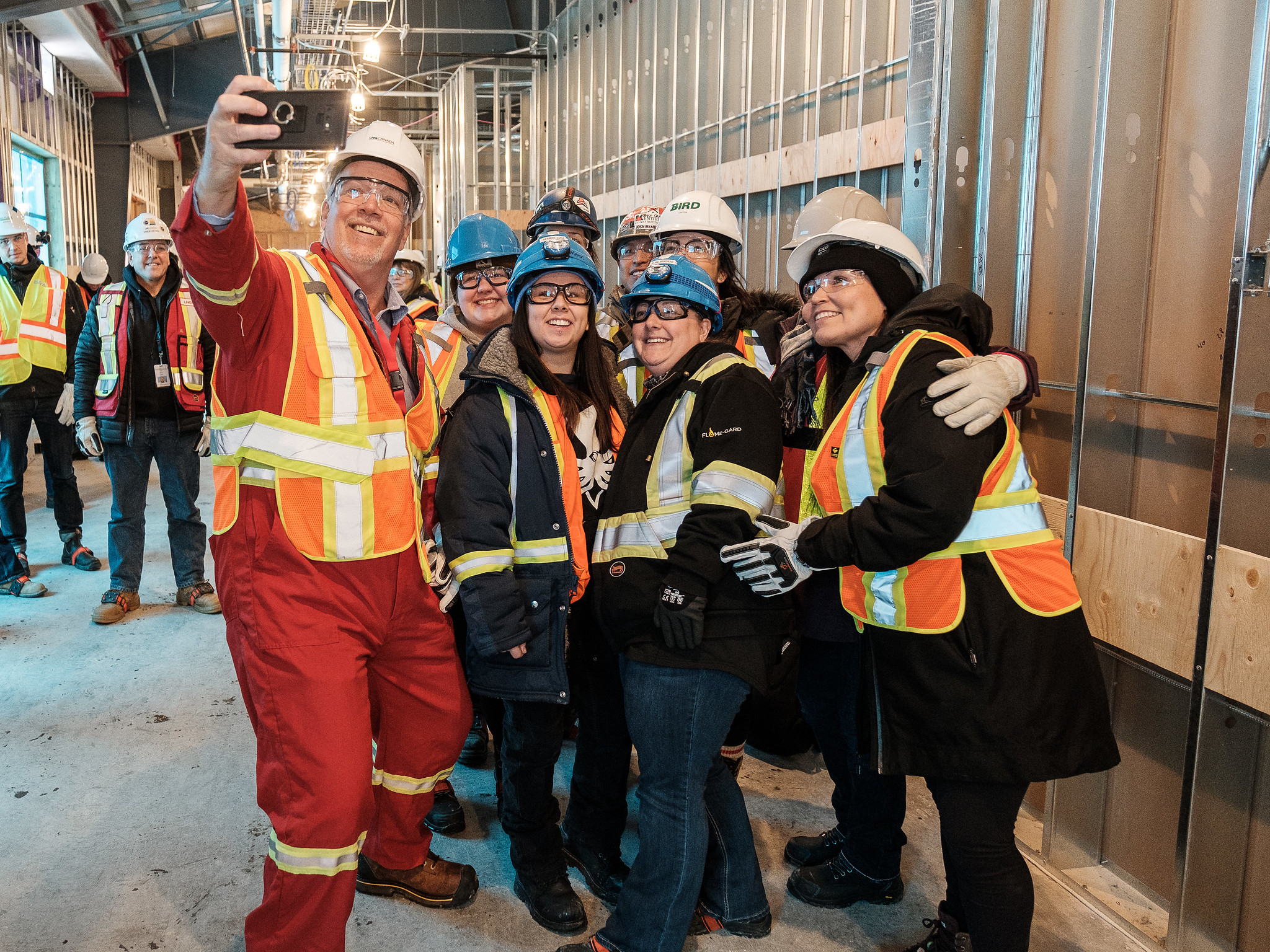 The same week Canada and countries around the world committed to even more ambitious emissions targets, B.C. delivered a budget with lacklustre commitment to climate change and the environment, critics say.

The provincial NDP budget reserved most of any new COVID-19 response spending in the next three years to capital projects, health care, business supports, a pandemic response and a contingency fund.

Forestalling environmentalists’ hopes that B.C.’s COVID-19 response would be based on a green recovery, the province earmarked $506 million for its climate plan, CleanBC. This represents a marginal increase over the $419 million in extra funding committed in its 2020 budget, but almost half of the $902 million the province allocated to climate initiatives in 2019.

Reaction to the budget from clean energy think tanks and environmental groups in the province has ranged from at best, tepid, to at worst, scathing. Many expressed concern B.C. won’t be able to meet its climate change targets, particularly given the province’s commitment to the liquefied natural gas (LNG) export industry.

BC Green Party Leader Sonia Furstenau said the government’s status quo budget represents a missed opportunity to take a bold approach on climate change and inequality — the two most urgent and important issues after dealing with COVID-19.

“It's like nothing has happened between 2019 and right now to change this government's view on how it can be transformative,” she said.

“The problem is that there’s no sense of a collective vision for the economy that transitions away from fossil fuels,” says BC Green Party Leader Sonia Furstenau of the budget's failure to combat #ClimateChange #BCpoli

The problem isn't only inadequate funding or the individual climate line items in the budget. It's not approaching the climate change in a holistic manner, Furstenau added.

“It's about recognizing that until you apply a climate lens to all of the work you're doing, then you’re not going to be achieving any kind of climate-informed goals,” she said.

“The problem is that there’s no sense of a collective vision for the economy that transitions away from fossil fuels.”

Province’s emissions heading up, not down

Yet B.C.’s emissions are heading the wrong way. They’ve been on the rise since 2015 and saw a three per cent rise in gross emissions between 2017 and 2018.

In 2018, B.C.’s net greenhouse gas emissions came in at 66.9 million tonnes, and according to federal estimates, they remained much the same in 2019 — representing a six per cent rise over the 2007 baseline.

The transportation and fossil fuel sectors, particularly natural gas production and processing, are the biggest sources of emissions in B.C.

Dollars for cleantech and transportation

The budget’s climate dollars included $96 million to the CleanBC program to help industries reduce emissions and expand the province’s cleantech sector. Another $60 million is heading to the Centre for Innovation and Clean Energy for cleantech investments to build partnership opportunities with the federal government.

Clean transportation initiatives will receive $130 million — including $94 million in rebates for electric cars and charging stations. Some funds will also go to electrifying heavy vehicles, like school buses, ferries and government fleets.

Kids will ride transit for free, and a further $10 million will focus on policy to drop fuel emissions and develop the hydrogen economy in B.C.

There’s also $46 million to improve energy efficiency in buildings such as schools or hospitals and $34 million to shift remote and Indigenous communities from diesel power to electric.

The budget initiatives are all positive steps, but are too small in scale and fragmented from any overall strategy to deal with the crisis that climate change represents, Furstenau said.

“Incrementalism in response to climate change is so underwhelming and so inadequate right now,” Furstenau said.

However, the institute had been hoping to see the investment necessary to meet B.C.’s reduction targets and secure a strong foothold for the province to compete in a decarbonized global economy, Wu said in a statement.

In particular, the investments to reduce emissions from the homes and buildings in communities by at least 60 per cent by 2030 were inadequate to the task, Wu said.

“We have the tremendous task in B.C. of switching more than 80,000 heated homes and apartment buildings each year from natural gas to high-efficiency heat pumps to meet B.C.’s target to reduce emissions,” Wu said.

B.C. has reduced emissions from light-duty vehicles, but medium- and heavy-duty vehicle emissions are rising and will also be a challenge to reduce, she added.

Environment and Climate Change Strategy Minister George Heyman said B.C. has allocated $2.2 billion over a five-year period to meet its emissions targets, not including the half-billion-dollar investment in 2021.

“I would say that B.C. has made substantial investments in emissions reduction to fight climate change. We have a comprehensive plan, we're adding to it,” Heyman said.

The province’s commitment is only going to increase in tandem with new national and international ambitions to tackle climate change, he said.

“That is going to fuel the low-carbon economy, and B.C. is well-placed to make and help lead that transition,” Heyman said.

By year’s end, the province will release a detailed strategy or roadmap on how it will meet its interim target of a drop of 16 per cent by 2025 and the 2030 goalpost that now includes new reduction goals for some industrial sectors, he said.

Once the strategy is released, its measures will likely be reflected in the 2022-23 budget, he said, adding progress and spending will be monitored as dictated by the climate change accountability legislation.

“The planning and process to meet B.C.’s targets is ongoing,” Heyman said.

“I think for people to expect to see everything all at once is commendable, but unrealistic,” he said.

"Reaction to the B.C. budget

"Reaction to the B.C. budget from clean energy think tanks and environmental groups in the province has ranged from, at best, tepid to, at worst, scathing." The article hardly lives up to its billing. Were The Green Party & Pembina Institute the only parties willing to comment?

I voted NDP, because I hate

I voted NDP, because I hate the BC Liberals with a burning passion. I donate to the national NDP. But the BC NDP isn't getting a cent of my money until they pull their heads out of their asses on global warming and the environment. On green issue after green issue, Horgan either makes the wrong call or goes too small.

It's not even politically smart. If Horgan wants to keep beating the Liberals, he needs to not split the progressive vote with the Greens too much. All he would have to do is dump LNG, dump Site C, protect the tiny bit of old growth forest that remains, and not look less serious than Joe Biden about creating green jobs. The BC Greens would lose half their raison d'etre and a bunch of votes would shift NDP. But noooo, he keeps wimping out.

They're really a pretty good government on most other files--not perfect, but pretty good. But someone needs to smack them upside the head with the realization that today, you cannot be a good government if you're not good on climate change. It's just too big an issue.