Mexican tomatoes can be more sustainable than local ones 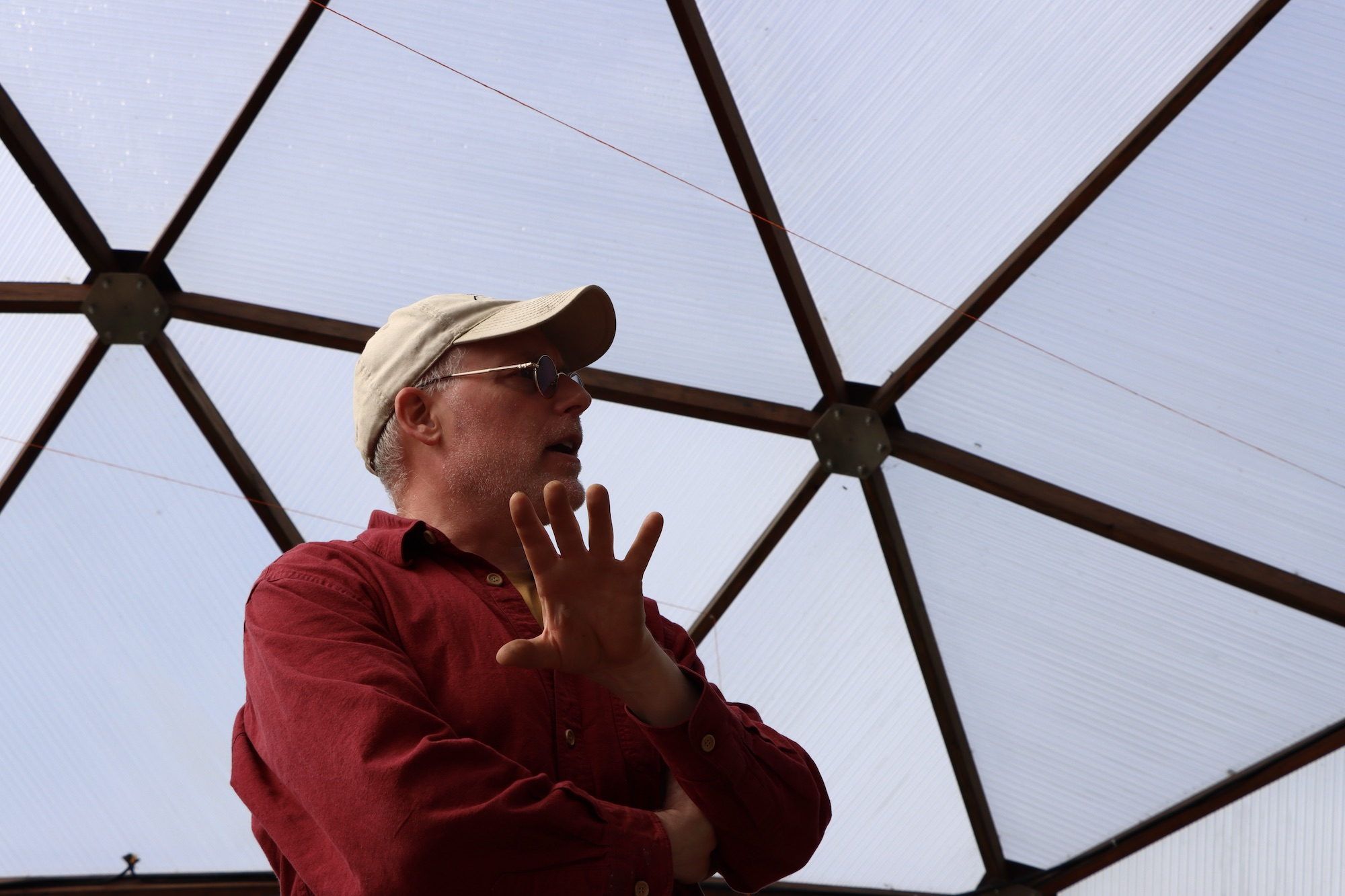 Finding sustainable produce in a Canadian winter is cause for nightmarish confusion. Months of eating in-season vegetables — cabbage, carrots, celeriac — compete with the looming environmental impacts of imported food.

Many people buy local, believing the tomatoes, peppers, and other vegetables grown locally in greenhouses are more sustainable than imports that are trucked thousands of kilometres to Canadian shops.

But shopping sustainably doesn’t always mean buying local. A tomato grown in a Mexican field and trucked north is about six times more climate-friendly than one raised in a Canadian gas-heated greenhouse.

“In B.C., we’ve opted to use Dutch-style heated greenhouse systems,” said Michael Bomford, a professor of sustainable agriculture at Kwantlen Polytechnic University. “These are extremely high-yielding systems if you look at the output per square metre of the greenhouse itself… The problem, of course, is that the energy input that is going into that system is also massive,” he explained.

Dutch-style greenhouses were first developed in the Netherlands after the Second World War as a way to produce lots of food on small tracts of land using less water and chemicals. The technology has since spread worldwide — including in B.C., where greenhouse-grown vegetables were worth about $300 million in 2018, according to the B.C. Ministry of Agriculture, Food, and Fisheries.

Instead of growing in soil, plants in greenhouses are fed with a flow of nutrient-rich water over their roots. Glass roofs — or in winter, special grow lights — provide the light for photosynthesis. Sometimes, farmers will add carbon dioxide to the air in the greenhouse to stimulate plant growth.

From farm to fork, a kilogram of Mexican field-grown tomatoes sold in B.C. produces roughly 0.3 kilograms of CO2 equivalent — about what a passenger car emits driving just over a kilometre.

A tomato grown in a Mexican field and trucked north is about six times more climate-friendly than one raised in a Canadian gas-heated greenhouse, says Michael Bomford, professor of sustainable agriculture @KwantlenU. #Produce #Agriculture

In contrast, a kilogram of B.C. tomatoes grown in a greenhouse heated with natural gas produces about two kilograms of CO2 equivalent — roughly what a passenger car emits driving eight kilometres.

“(It’s) maybe unexpected, but there’s no question about it when you start to look at the relative efficiencies of those systems,” he said.

Making the greenhouses more efficient can help — a 2010 report by the Climate Action Initiative found that insulating greenhouses overnight can reduce fuel use by up to 30 per cent. But the biggest reductions come from changing how the greenhouses are heated, he said.

For instance, geothermal greenhouses, which are common in Iceland, emit far less CO2. And many Chinese farmers — including a recent immigrant to Alberta — use better insulated greenhouses that rely entirely on solar heat to grow vegetables year-round in climates similar to B.C.’s.

Still, Bomford warned that focusing on greenhouse gas emissions alone doesn’t paint a complete picture of a vegetable’s ecological footprint. It’s essential to also consider how much water the plant needed to grow — and its impact on local waterways and aquifers.

It matters whether that scarcity is due to seasonal fluctuations in surface water levels — for instance, in B.C., summer droughts are compensated by ample winter rains and snow — or unsustainable pressure on a subterranean aquifer matters, he said. Because groundwater aquifers take so long to replenish themselves, using them is not sustainable in the long term, he said.

“Hydroponic (greenhouse) producers will make the case — and it’s a valid case — that they use water far more efficiently than field growers … that’s a real benefit to hydroponic production,” he said. Hydroponic agriculture uses up to 10 times less water than field-grown crops, according to the U.S. National Park Service.

Moreover, there are a handful of other factors to consider when assessing which vegetables are most sustainable: Fertilizer and pesticide pollution, the impact of crop-filled fields on biodiversity and key habitats, and the working conditions of farmhands all impact a product’s overall sustainability.

There are no simple solutions, he said. But doing research to buy food that is produced with minimal greenhouse gases — and without negative environmental, social, and ecological impacts for workers and farming communities — is a good start.

“I think the reality is that it’s going to be hard to find a truly sustainable tomato in January in B.C.” or anywhere in Canada, he said. “But food miles are a poor indicator of sustainability … what I’d like to see is production systems that are truly a part of the place where they exist — and that doesn’t necessarily mean that all our food comes from right next door.”

One factor is omitted in food

One factor is omitted in food supply discussions. The economic effect of importing vs nationally producing our food, and other needs. Imports do not bear the societal costs supported by national production. The costs of national production include the tax and utility costs at all levels. Wages costs include not only personal tax but the tax included in each purchase made by the worked. National GDP includes about 40% taxation which imports do not pay. Imported food, which does not include that cost, may make national production uncommunicative. Payment of foreign exchange for imported goods may necessitate export of fossil fuels or destruction of forests for export. This may change the actual comparison of Co2 creation.