A roadmap for preserving nature in southern Ontario 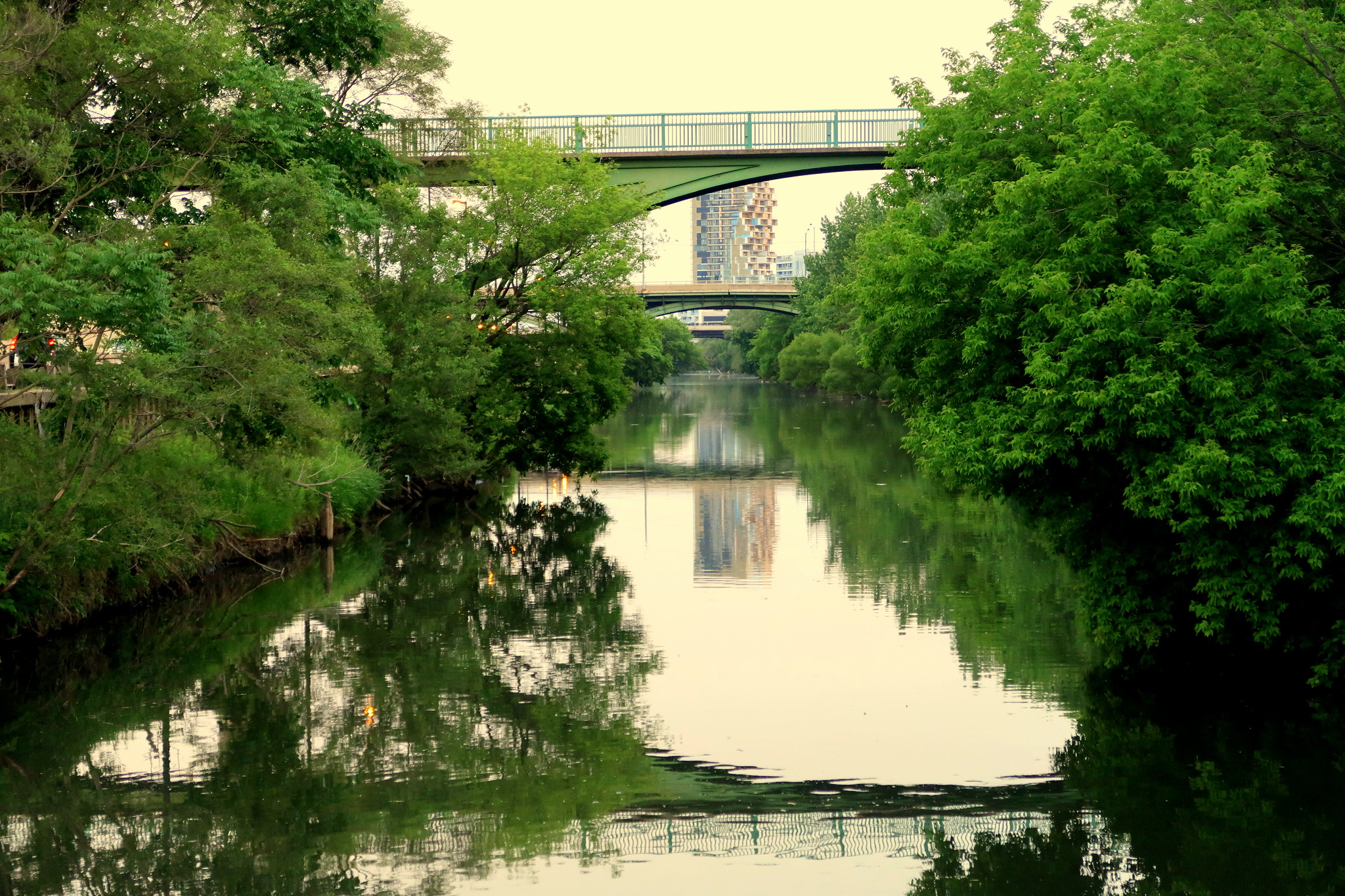 The Lower Don River in Toronto is an example of nature in close proximity to the city. Photo by Wyliepoon via Flickr
Previous story
Next story

In the densely populated cities and suburbs of southern Ontario, the idea of finding a slice of nature to set aside for conservation can seem impossibly difficult.

Urban and suburban boundaries sprawl out ever further, bumping into natural spaces as the population grows. Developers and environmentalists, meanwhile, spar over the fragmented green space that remains.

But there are conservation opportunities just waiting to be unlocked, says the Southern Ontario Nature Coalition (SONC), a group of environmental, Indigenous and agricultural groups. The key, SONC outlines in a new plan for a near-urban nature network, is to think beyond traditional ideas like provincial parks and start looking to private landowners and Indigenous communities as stewards of the land.

“We understand that the region will continue to grow and this is an urbanized area. No one's naive to those notions,” said Edward McDonnell, the CEO of the Greenbelt Foundation, a non-profit that stewards Ontario’s protected Greenbelt and is part of the coalition.

“We're not going to turn everything into a nature reserve. But we do need to do things that respect and honour the needs of these ecological areas and how we connect them together.”

The work of conserving land in Canada has taken on some urgency in recent years, with the federal government pledging to protect 25 per cent of the country’s lands and waters by 2025. It will take an enormous amount of work to get there — at the end of 2019, Canada had protected 12.1 per cent of its land.

The same year, Ontario ranked eighth among the provinces and territories for its efforts, with the federal government finding that 10.7 per cent of land in the province had been set aside.

Wilderness areas in northern Ontario have plenty of green space, but it’s a much larger challenge to find it in the Greater Golden Horseshoe, the fast-growing region around Toronto on the western shore of Lake Ontario. About two-thirds of the natural cover in that region has already been lost, and although there are scattered conservation areas and provincial parks, most land is privately owned.

Therein lies a major opportunity, said Shelley Petrie, a program manager at the Greenbelt Foundation. Though it might not be possible to find a plethora of new nature reserves near the city, there are plenty of landowners who might be open to receiving help to restore and protect natural features on their property, she added.

“There's a lot of not just goodwill by private landowners, but an understanding of the importance of nature, and its benefits,” she said.

Protecting nature in densely populated southern Ontario can seem almost impossible. But a coalition of environmental, Indigenous and agricultural groups has a plan. #onpoli

“There is a lot of untapped support there to do voluntary measures.”

The near-urban nature network would also look to support Indigenous communities that want to preserve land. Other options on the table include leveraging municipal green spaces like forests and hydro corridors, expanding conserved areas like the Greenbelt, and enhancing provincial policies to better protect natural landscapes like wetlands.

The network would seek to ensure the protected lands are as connected as possible ⁠— nature corridors allow plants and animals to migrate, but many have disappeared, with roads and other forms of urban growth cutting off natural pathways.

Plans for the network are still in their early stages, and it’s not clear how much land it could ultimately protect. But so far, it has the backing of Ontario's Environment Minister Jeff Yurek.

“Practical solutions like these to protect and enhance the resilience of important natural areas in near-urban areas will mean more sustainable green spaces for future generations to use and enjoy,” Yurek said in a statement.

For those living in cities and towns in the Greater Toronto Area, near-urban nature is all around in the form of parks, river valleys, forests and farmland. The region’s relatively mild climate and easy access to water make it one of the most biodiverse in Canada.

Beyond giving us places to do activities outside ⁠— which have been in high demand amid COVID-19 ⁠— natural spaces are a carbon sink. They also help mitigate some of the fallout of the climate crisis: trees provide shade to help us ride out heat waves that are becoming more extreme, while wetlands naturally mitigate floods that are more likely due to climate change.

Those benefits are not shared equally. Areas of the Greater Golden Horseshoe with more racially diverse populations also tend to have less nature, the near-urban nature plan notes. That’s a problem that protecting land closer to the city could help fix.

Past efforts to do so were met with resistance. Many high-profile developers lobbied against the 2005 formation of the Greenbelt, a ring of protected green space around the Toronto area. Some are now locking horns with environmentalists over plans to build a highway called the 413 through the region, a move that would eat up hundreds of acres of Greenbelt land.

Engaging with private landowners directly might be a far easier path than trying to attempt a large nature reserve, said Victor Doyle, a former Ontario government planner who’s credited as one of the architects of the Greenbelt.

“Most of the landowners in the Greenbelt are not developers,” Doyle said. “Many of them are appreciative of nature, and have been functioning as stewards of the land for a long time, including the vast majority of farmers.”

Some non-profits have also attempted similar partnerships with private landowners. Ducks Unlimited Canada, which works to conserve wetlands, has seen an uptick over the last decade in people seeking help to protect and restore parts of their property, said Lynette Mader, the group’s manager of its operations in Ontario.

“We've got a waitlist for projects,” Mader said. “I think there should be no issue with growing land stewardship programs and the greater Golden Horseshoe. The demand is there and the interest is there. Really, it just requires funding support and a bit of a vision.”

Plans for Indigenous-led conservation also build on a series of successes by First Nations in Ontario and across the continent. Discussions are ongoing with some Williams Treaties First Nations, SONC said, noting that the Greater Golden Horseshoe is the traditional territory of the Anishinaabe and Haudenosaunee.

It’s a vastly different approach than Canada’s early attempts to protect natural areas, which included forcing Indigenous people out off their land to establish national parks like Banff. It’s also more effective, the plan for the near-urban nature network notes ⁠— nature stewarded by Indigenous peoples tends to fare as well or better than other areas.

Decisions we make now to protect land in southern Ontario can have a big payoff for future generations, Doyle said. As an example, he points to the Oak Ridges Moraine, a part of the Greenbelt that contains the headwaters of several rivers. European settlers heavily logged sections of the ridge to build ships, he said.

“It all eroded and looked like the Sahara Desert,” he said. “All the streams dried up and there were no fish. It was unbelievable.”

But then, Ontario created the first conservation authorities in the 1940s and tasked them with reforesting the moraine. Today, the slopes of the moraine are lush with foliage.

“It’s incredible,” Doyle said. “Look at how resilient nature is if you just give it a chance.”

This is an excellent and

This is an excellent and needed initiative. Publishing a photo of the Don in Toronto accidentally underscores a real challenge, as elected officials and staff here seem to want the citizens to pick up garbage and maybe plant a few trees - and that is not easy - but have a terrible track record of just not listening to us on anything else.

A definition of nature that

A definition of nature that includes farmed land, a river plowed out to uniform width and depth, and contained with artificially placed "banks", and other maximally interfered-with plots of what used to be "nature", modified for human purposes, requires something of playing with words.
Thanks to one such "project" which contemplates large numbers of coyotes peacefully sharing play-ground and picnicking areas with humans, my neighbourhood has "defenced up" with big dogs, to keep their toddlers safe playing in back yards. Not to mention wolves known to take on such big dogs.
This is all thanks to "young creatives" who've never lived anywhere close to "nature," and seem to not have understood the difference between predators in nature, and their domesticated distant cousins. A "wildlife survey" of the valley near to my neighbourhood found many coyote dens, each with a collection of dog and cat collars.
Another last clever move was evening out park trails for "dirt bike recreation," such that the paths are no longer safe for humans to walk on.
Ironically, the city has poisoning stations all over the city to control its rat problem ... somehow construing them, apparently, as "not part of nature."