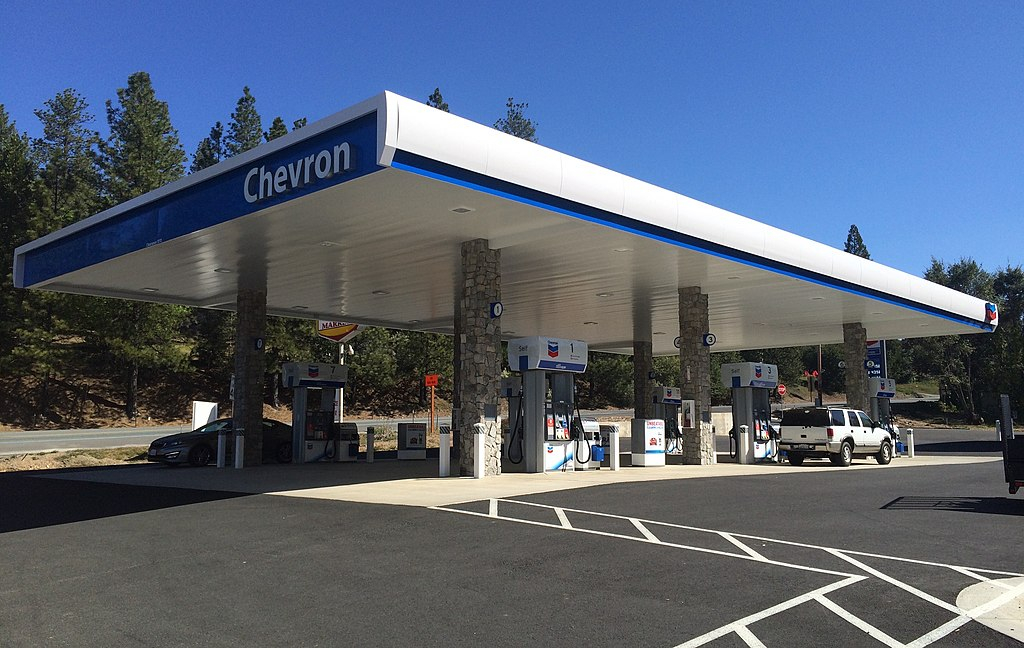 The group Follow This expects investors to pass a shareholder resolution calling for emissions cuts at Chevron’s annual meeting on May 26. Photo by TaurusEmerald / Wikimedia Commons (CC BY-SA 4.0)
Previous story
Next story

The climate activist shareholder group that has led investor rebellions at Shell and BP will next week target the U.S. oil major Chevron with demands to set carbon emissions reduction targets.

The vote will be the final stage in a flurry of shareholder rebellions co-ordinated by Follow This, a Dutch organization that has rallied investor support for calls for the world’s biggest publicly owned oil companies to cut back production.

The group expects investors to pass a shareholder resolution calling for emissions cuts at Chevron’s annual meeting on May 26, capping a breakthrough year for the campaigners.

Oil companies are facing a growing scientific and political consensus that fossil fuel production must fall to prevent catastrophic global heating. The International Energy Agency said on Tuesday that new oil, gas or coal developments must stop this year if the world is to reach net-zero emissions by 2050, a goal enshrined in the 2015 Paris climate agreement.

However, that consensus has not translated to meaningful action by oil companies. Mark van Baal founded Follow This in 2015 to start pressuring them from the inside, gathering the support of Shell shareholders. Over the past six years, the campaign group has become a fixture at the annual meetings of Shell and some of its biggest oil-producing rivals, including the U.K.’s BP, Norway’s Equinor, and France’s Total.

The initial reaction to Van Baal’s activism was “dream on,” he told The Guardian on Wednesday. But the “patronizing” tone of Shell’s early response has developed rapidly into serious engagement, from the chief executive down. Shell has now gained investor support for a plan to hit net zero by 2050 — but still wants to increase gas production in the short term.

Follow This wants more concrete plans. Last week, it managed to marshal 21 per cent of votes in favour of short-term carbon emissions targets at BP, and support for the Shell resolution at Tuesday’s annual meeting was double its 2020 result. The size of the rebellions means both companies will have to report back to investors on why they rejected the proposals.

In the U.S., Follow This resolutions calling for emissions reductions targets gained majority approval at the large oil producers ConocoPhillips and Phillips 66. Chevron’s attempt to dismiss its resolution was thwarted by U.S. regulators.

Van Baal, 52, trained as a mechanical engineer and previously worked selling refrigerated shipping containers. But after watching Al Gore’s An Inconvenient Truth, a landmark film about the climate crisis by the former U.S. vice-president, he decided to dedicate himself to climate journalism. However, the lack of response from the industry persuaded him he needed to become an activist investor to force oil executives to make the change.

“I felt — like everybody — pretty powerless about climate change,” he said. “I didn’t think anything I could do could make any difference. The people who can make a difference are the CEOs of the fossil fuel industry.”

Follow This now has four paid employees and about 6,000 supportive shareholders across the investor base of the fossil fuel companies that it targets. It is funded in part by the Laudes Foundation, a philanthropic organization founded by the wealthy German-Dutch Brenninkmeijer family.

Van Baal does not believe oil executives will have an epiphany and voluntarily wind down fossil fuel extraction, but he argues that investor pressure is moving in only one direction as shareholders realize the financial risks of ignoring the climate crisis.

Can somebody explain why only