What would happen if Ontario phased out gas plants? 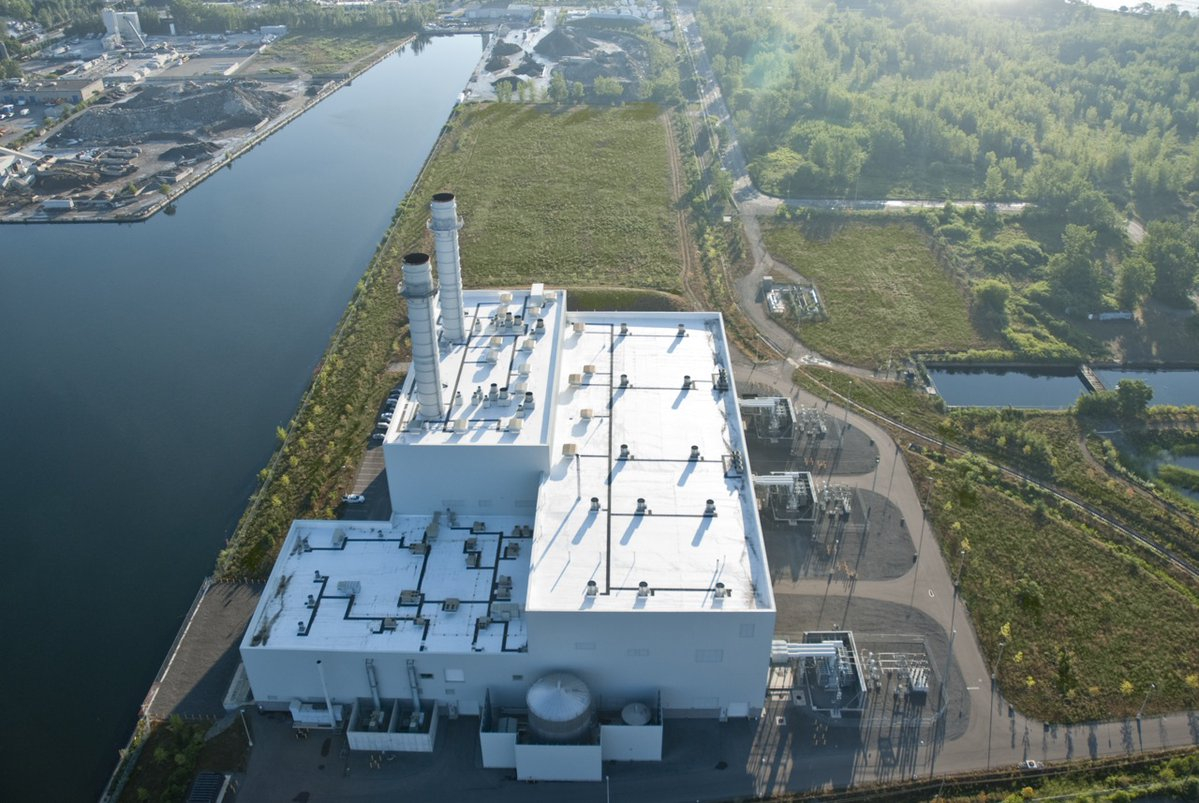 Natural gas plants are expected to make up more of Ontario's energy supply in the next decade. Photo from Ontario Power Generation/Twitter
Previous story
Next story

Under pressure from municipalities and groups concerned about the climate crisis, the operator of Ontario’s electricity system is looking at what phasing out the province’s gas plants could look like.

Ontario intends to rely more on natural gas-fired plants for power over the next decade, a change that is set to erase climate progress made by eliminating coal. Over the past year, this plan has been met with resistance from environmental groups and 27 municipalities ⁠— including Toronto and Hamilton ⁠— which have called for gas plants to be phased out.

In response, the Independent Electricity System Operator (IESO) launched an assessment this spring to look into how it would move away from natural gas, and what the risks of such a change might be.

It’s not clear how much the review might change: it isn't meant to deliver policy recommendations, and the province’s current plans for gas plants are essentially the opposite of a phaseout.

But experts say the analysis opens a crucial discussion about how Ontario will meet its climate goals while relying more on fossil fuels and spurning renewables.

“It is, in some ways, a larger set of questions about where Ontario is going,” said Mark Winfield, a professor at York University’s faculty of environmental and urban change.

“In a theoretically carbon-constrained world, is the pathway the province is sort of stumbling into really the one that we want to take?”

The IESO’s impact assessment is still in its early stages, with the agency seeking public feedback on the scope of its review. Earlier this month, it released a presentation outlining three possible scenarios. One involves the complete phaseout of natural gas by 2030, while the others involve looking at whether higher gas prices could reduce demand and whether new technology like carbon capture could help reduce emissions.

“A number of municipalities have been calling for the phaseout of gas-fired electricity generation in Ontario as part of a greater effort to reduce the province’s greenhouse gas emissions and combat climate change,” Andrew Dow, a spokesperson for the IESO, said in an email.

“In our role as system operator and planner, we want to inform this growing discussion with considerations for maintaining reliability, operability and affordability of the electricity system.”

Jack Gibbons, the chair of the Ontario Clean Air Alliance, which campaigned against the use of coal in the province and is now calling for a phaseout of natural gas, said he hopes the assessment will lay out what a path forward could look like.

The Ontario electricity system operator has launched a review examining what it could look like if the province phases out gas plants. But with the province planning to rely more on fossil fuels, it's unclear what effect it could have. #onpoli

“It could really be helpful for us to inform the public debate,” he said.

The Ontario New Democrat and Green parties have also backed calls to phase out gas plants. Will Wuehr, a spokesperson for provincial Liberal Leader Steven Del Duca, said in a statement that while the party hasn’t taken a position on the issue yet, it plans to build on the party’s legacy of eliminating coal.

Ontario’s electricity grid is mostly supplied by hydro and nuclear power, with natural gas making up a relatively small portion of the mix. While the province’s gas plants are capable of producing more than a quarter of the province’s capacity, they were used for 9.5 per cent of its total generation in 2019.

But in the next decade, those gas plants are expected to fire up more to fill the gap left behind as nuclear plants go offline for refurbishment.

Last year, Ontario spent $2.8 billion to buy three natural gas plants, signalling that the province has no plans to change course any time soon. It also closed a deal for a fourth plant in 2019, has shuttered green energy programs and turned down offers of cheap hydroelectricity from Quebec.

“It was a very stupid move,” Gibbons said, pointing to a recent report from the International Energy Agency that found there’s no need for new fossil fuel investment.

“They wasted $2.8 billion on gas plants that will need to be shuttered soon.”

The change is expected to triple carbon emissions from Ontario’s electricity sector, the IESO found.

Though Dow said the IESO is approaching the question of phasing out gas plants neutrally, the agency has expressed some reluctance about the idea.

In a letter to Toronto city council, sent in March as the municipality considered whether it would join calls for a phaseout, IESO interim president and CEO Terry Young warned that getting rid of natural gas would likely be more difficult and costly than ditching coal. Gas is also important because it can fire up quickly to help meet sudden demand, like peaks caused by summer heat waves, the letter said.

“While emissions from natural gas generation are projected to increase in the near term during this refurbishment period, this is a necessary component of a longer-term strategy and objective that will contribute to a future clean electricity system,” Young wrote.

Industry has raised similar concerns. In a report released in April, the Ontario Energy Association, which represents the energy sector, argued that natural gas is needed to maintain a reliable supply of electricity. (The association did not respond to an interview request.)

The question of how to replace natural gas, especially during peak periods, is a very challenging one, Winfield said. And since gas-fired plants don’t need any new infrastructure, they can seem economically appealing, he added, even though the costs of renewables are declining quickly.

However, a larger challenge is presented by the fact that the Ontario government has failed to engage in conversations about alternative energies, Winfield said. The province is deprioritizing clean energy and didn’t seriously look at alternatives to nuclear refurbishment, he added, which is expected to cost nearly $26 billion. The storage of waste from nuclear plants, meanwhile, has ignited its own set of debates.

“Are we reinforcing incumbent technologies at a time when we're in a period of enormous technological innovation?” Winfield asked. “Do we continue to sideline ourselves in that conversation?”

The IESO has scheduled a webinar in June to receive public feedback on the scope of its review. The agency’s final report is expected to come out later this year.

Plan to deliver natural gas by truck to communities on the north shore of Lake Superior:
https://www.sootoday.com/local-business/north-shore-communities-want-to-...

By truck. That's gotta cost a mint. Normally natural gas is still economically competitive (and to make that stop being true we really need to bump us up some carbon taxes), but if you're shipping the stuff in by truck you'd think surely at this point some solar panels, maybe some turbines, and a bunch of batteries, would make more sense. The more remote you are, the better the cost comparison for renewables tends to be.

I suppose you could probably

I suppose you could probably run an in-ground a heat pump.. but then, if you had a very large roof, you might be able to power your car instead.