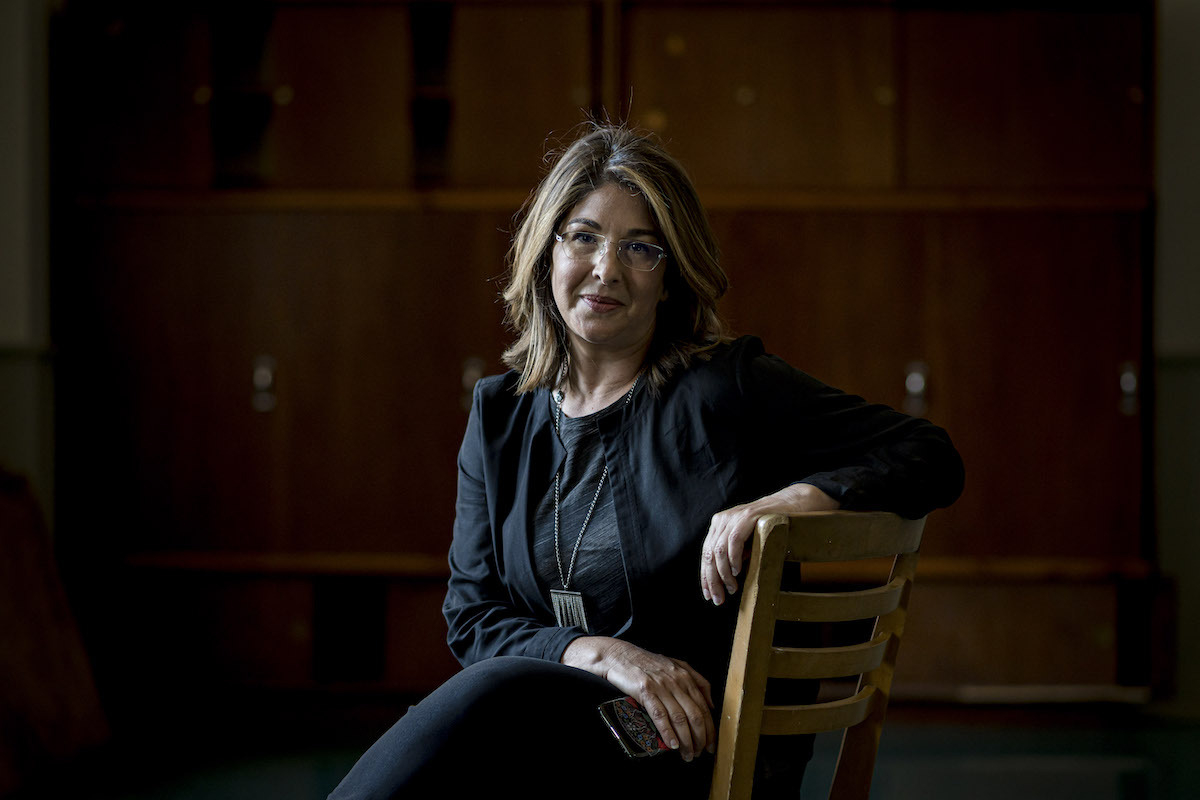 Author and activist Naomi Klein poses for a photograph during a Toronto stop of the Green New Deal tour on June 11, 2019. Photo by Christopher Katsarov / National Observer
Previous story
Next story

Naomi Klein is set to help develop the Centre for Climate Justice at the University of British Columbia — one of the first of its kind at a Canadian university.

With numerous environmental threats hanging over B.C., including old-growth logging and the Coastal GasLink pipeline, Klein says she sees the centre as a place to “design the policies that are going to really get us to the post-carbon economy, with social and economic justice at the centre.”

Alongside the bestselling author, activist and journalist, who will take her position as the inaugural Faculty of Arts Chair in Climate Justice in September, documentary filmmaker and politician Avi Lewis will start in July teaching courses on social and political change, communication and documentary filmmaking.

Canada’s National Observer caught up with Klein for a chat about the centre, her new position, and the role of climate justice in academia.

You’ve been working at Rutgers University-New Brunswick in New Jersey as the Gloria Steinem Chair in Media, Culture, and Feminist Studies. What was it like for you to decide that working at UBC was the right next step?

I really just wanted to continue to do this kind of academic work that is both teaching and public engagement and engaged research. But really, to have climate be my full-time focus. I also wanted to come back to B.C. because my family is here, and I love it here.

When UBC passed the current emergency declaration, that really got my attention. I think a lot of us are sort of waiting to figure out what that means, in real terms. I see the centre as a place where we really figure that out.

How will the centre play out? What will the work look like?

We’re really still figuring it all out. My role at the centre is going to help lead it, but I'm not going to be the leader. It's going to be a really collaborative process, and I’m already working with a really fantastic working group at UBC.

The first phase is just going to be a lot of listening and really learning, because I have been outside of Canada for the past three years. So, we’ll be finding out exactly what's happening and how we can be most catalytic and most of service.

Naomi Klein says she sees the centre at UBC as a place to “design the policies that are going to really get us to the post-carbon economy, with social and economic justice at the centre.”

What does “climate justice” in an academic setting mean to you?

It means a lot of listening, it means more humility than we’re often used to. It means not going into communities and saying, “We've figured this out. This is what you should do.”

It’s also collaborative. We need architecture and design students to help us imagine how this can be married with the need for affordable housing and more green space. We need Indigenous scholars to tell us how we marry this with the Land Back movement.

This centre is one of the first of its kind in Canada, however, one recently opened at the University of California. Are there plans to collaborate with other institutions?

Yes. The pipelines connect us, the drivers of climate change connect us. So we need climate justice responses and alternative models that also connect us. I know the University of Victoria is really interested in doing more in this area, and they also have such incredible Indigenous scholarship going on there. So I see us partnering with UVic and SFU (Simon Fraser University), as well as places like the University of Oregon.

How do you see this fitting in with previous work you’ve done, other things you’ve written?

When we did the Leap Manifesto years ago, it was a convening. It was bringing 60 movement leaders together to really imagine what a different kind of candidate could be. That's the work I'm most passionate about — bringing people together, having these difficult and meaningful conversations, and getting to work.

Was this interview muddled by

Was this interview muddled by the editor, or is this a muddled interviewee? How does one reconcile "We are going to figure this out" with "we are not going to go into communities and tell them we've figured this out"?
I think most people have an understanding of the common sense meaning of 'economic justice', but what does 'climate justice' constitute? More clarity, better labels and/or explanation would be most welcome on these issues.

That's easy! Just pay more attention to the rest of the interview, when Naomi says that a large part of her work at UBC will comprise of LISTENING. Simply ordering people around accomplishes nothing! (there's proof of that everywhere!) Her plan is to find out where they are, and go from there, helping them modify, and ultimately change their habits. The educator provides the plans based on research, etc. that's already been done - we DON'T need any more studies!! The latest IPCC report is shocking enough! As well, for a deeper understanding of how "climate justice" fits into the whole picture, please refer to the Green New Deal which is based on the Leap Manifesto. As Naomi states, collaboration demonstrates the connectedness of ALL the justice issues - see her answer to the fourth question.