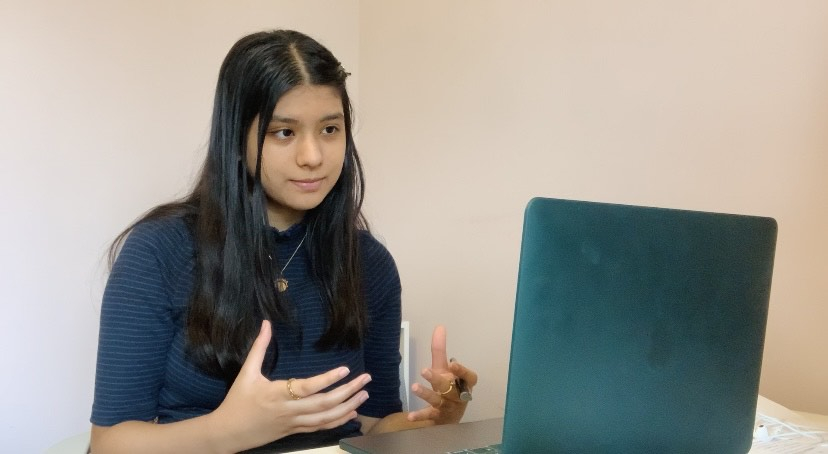 Alisha Aslam has gotten involved in a string of councils, committees and other initiatives while still in high school. Photo supplied by Alisha Aslam
Previous story
Next story

At 16 years old, Alisha Aslam already has years of experience pushing for positive change in the world around her.

So after a man in London, Ont., drove his pickup into a Muslim family last month in what police have called a premeditated and targeted attack, killing four of them and orphaning a young boy, she quickly created a resource to educate other students about Islamophobia and to encourage them to raise the voices against it.

“Don't feel afraid to get involved,” she said. “Youth are the make-or-break of society. We can transfer knowledge and teachings to the next generation, or we can break it, break stereotypes.”

Aslam, who is going into Grade 11 at Agincourt Collegiate Institute in Scarborough this September, said Islamophobia seems to be increasing, noting in particular policies such as Quebec’s ban on public sector workers wearing hijabs, and said she and her friends have seen a lot of discrimination firsthand.

“It's a really critical age, so make sure to watch your actions and call it out when you see it because a lot of times, we unintentionally pass it on when we don't call something out, and we allow it to happen,” she said.

In the last five years, more Muslims have been killed in targeted attacks in Canada than any other G7 country, the National Council of Canadian Muslims noted earlier this week as the advocacy group unveiled 61 policy recommendations ahead of a virtual summit this Thursday created in the wake of the London attack.

Aslam got engaged early, serving as a page at the provincial legislature before joining the Toronto District School Board’s Student Senate (the board’s main advocacy group for students) in Grade 8, and has since joined a string of initiatives to create a better world.

In the wake of the deadly London attack on a Muslim family, high school student @AlishaAslam13 created anti-Islamophobia resources for students to encourage them to speak out against hate. #Islamophobia #Canada

These include working to get more marginalized youth interested in STEM subjects, joining efforts to fight climate change, and representing the riding of Scarborough-Agincourt on the Ontario Provincial Youth Cabinet, with a focus on youth employment and francophone affairs.

Last year, she interned with Policy for the People, an initiative run by students at Harvard University, and helped secure sponsors and judges for its first “policython,” a global event where teams of students spent a weekend creating and refining policy proposals.

She said she trusts her ability to handle the workload, which she said was mostly a matter of time management, and is already looking into various programs available for university students to get involved in.

“I found a healthy way to always want to be better, but not in a way that undermines my mental health,” said Aslam, who is interested in engineering, but currently wants to pursue studies in law, politics and international relations.

This young woman appears brave and inspiring, but one can only hope that her facile views will be rightly challenged at university.
With the once untouchable cult of Catholicism losing credibility as we speak, why is no one willing to at least float the obvious comparisons, providing her with the awkwardly appalling but salient truth about Islam, her alma mater.
We all love the idealism of youth, but are we not infantilizing them by enabling such reductive campaigns to proceed completely devoid of context? Without sanctioning violence in any context, something that needs to be done from the beginning, how do you imagine such campaigns address the reality of it even remotely? Someone should do young people such as her a favor and tell them the truth, providing valuable context and objectivity about this pervasive, invasive religion that it is deeply unpopular in the west for that very reason. Not to mention its inherent, appalling misogyny, (women are still fighting for full humanity here after all) and, uh, beheadings, and then there's the disturbingly robotic avidity of "god willing" in every sentence uttered because after all, the insane Taliban, and indescribably barbaric ISIS continue as we speak, waiting to take over the world. What's to even remotely like with this religion that translates to the word, "submit?" Nothing is the answer, but much to fear, and yes, hate.