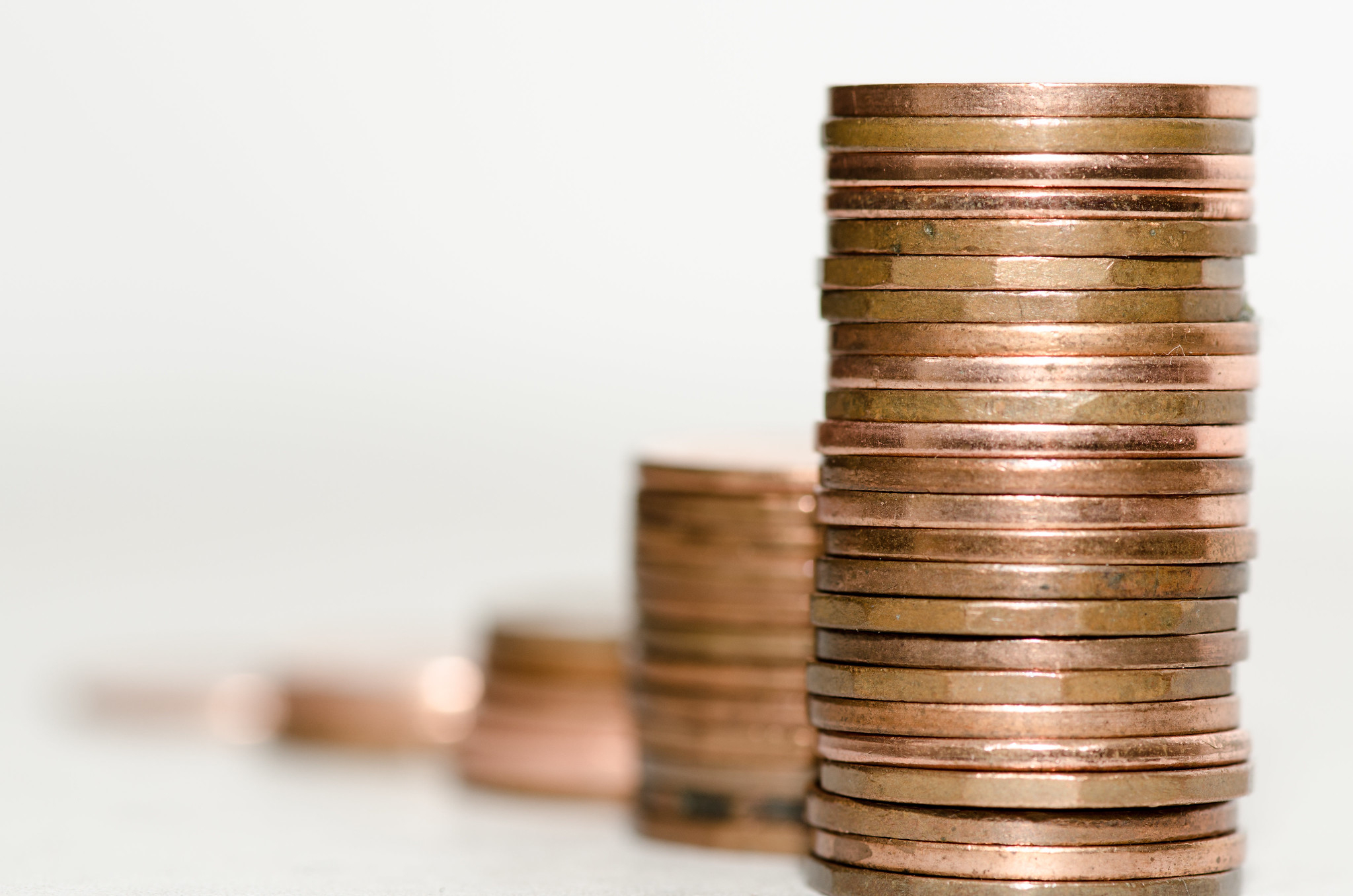 Nearly 90 per cent of Canadians want to see a wealth tax of one per cent paid by the wealthiest Canadians, according to new poll data. Photo By KMR Photography / Flickr (CC BY 2.0)
Previous story
Next story

A majority of Canadians believe wealth inequality should be tackled by increasing taxes on the wealthy and large corporations and even said it could influence their vote, according to a new poll.

The Abacus Data poll, released Wednesday morning, was focused on tax fairness in Canada, including the NDP’s proposed one per cent tax on wealth over $20 million from its 2019 election platform. It was commissioned by the Broadbent Institute and the Professional Institute of the Public Service of Canada (PIPSC), and surveyed 1,500 Canadians aged 18 and older from July 13 to 19.

The poll found 89 per cent of Canadians want to see a wealth tax of one per cent paid by the wealthiest Canadians as part of Canada’s pandemic recovery, with 92 per cent in support of closing tax loopholes and making it harder for corporations to strategically book profits in tax havens.

“Proposals to tax the rich are a near consensus right now, as far as support goes in Canada,” said Katrina Miller, program director for the Broadbent Institute.

Miller said she has never seen support as high as this on polling for other strong progressive proposals. The poll is considered accurate to within plus or minus 2.6 per cent.

“What we're seeing is an unbelievable upswell of interest and urgency amongst Canadians to make our tax system more fair… They want a fairer Canada post-pandemic, we need a way to pay for it, and this is the way that Canadians are choosing,” said Miller.

For a majority of Canadians, this issue crosses party lines and political ideology, she said.

Eighty-nine per cent of Canadians surveyed said they would definitely or probably consider voting for a party that promises to take concrete action to make sure everyone pays their fair share and increase taxes paid by the wealthiest Canadians and large, profitable corporations.

82% of Canadians say now is the time to tackle wealth and income inequality by increasing taxes on wealthy Canadians and large, profitable corporations, according to a new @abacusdataca poll. #WealthTax #cdnpoli

In November 2020, Jagmeet Singh introduced an opposition day motion to implement a one per cent tax on wealth over $20 million and an excess-profits tax on “big corporations profiteering from the pandemic.” It was defeated 292-27, with the Liberals, Bloc Québécois, and Conservatives voting against.

Julian said the poll results tell him all parties should take note. “Both the Liberals and Conservatives are vulnerable because they have blocked every NDP attempt to put in place a wealth tax or fair taxes.”

Most Canadians — including just over 50 per cent of Liberal supporters — indicated they don’t think the Trudeau government has done enough to reduce income and wealth inequality and to ensure everyone pays their fair share of taxes.

In an emailed statement, Finance Minister Chrystia Freeland’s press secretary Katherine Cuplinskas said the government has “introduced significant measures to make Canada fairer and more equitable for all” through “a tax cut for the middle-class, higher personal income taxes for the wealthiest Canadians, and the Canada Child Benefit.”

She noted the Liberals’ fall economic statement committed to “implementing a tax on multinational digital giants; introducing a luxury tax; limiting stock option deductions in the largest companies; and implementing a tax on the unproductive use of domestic housing that is owned by non-resident, non-Canadians.”

“This poll really points to an environment where if this debate does take off during a campaign, the Liberals are not immune to criticism that they haven't actually delivered on some of the rhetoric that they often talk about,” said Coletto.

The poll also found no leader or party has a clear advantage when it comes to tax fairness, income and wealth inequality or affordability with preference for Justin Trudeau and the Liberals and Jagmeet Singh and the NDP both landing between 21 per cent and 24 per cent on all three issues and Erin O’Toole and the Conservatives clocking in at 15 to 17 per cent.

One-third of Canadians surveyed were unsure which party would take the best action.

“A whole bunch of Canadians are now sitting (and) waiting to see who's (going to) make the biggest commitment and the commitment that they most believe in,” said Miller. “When it comes to this election, the issue of fair taxation, of taxing the rich, is fair game, and all parties should be looking to double down.”

In July, the Office of the Parliamentary Budget Officer (PBO) released a report that estimated a one-time wealth tax of three per cent and five per cent on Canadians with net wealth exceeding $10 million and $20 million respectively could raise between $44 billion and $61 billion.

But Miller said Canada needs a wealth tax like the NDP proposed, one that is ongoing and provides permanent funding and revenue for investments in universal programs like pharmacare.

The PBO estimated the NDP’s wealth tax would generate $5.6 billion in 2020 to 2021, but using more recent data on asset values and lower, more up-to-date research on tax avoidance and evasion, the CCPA estimated $10 billion to be generated in the first year.

Marc Lee, senior economist for the B.C. office of the Canadian Centre for Policy Alternatives (CCPA), agrees there is a serious need for an annual wealth tax. He said because the state of inequality is so high right now, the idea of a one-time tax to help build out of a pandemic and address infrastructure, climate, and housing needs does hold promise.

One year after the start of the COVID-19 pandemic, Canadian billionaires increased their wealth by $78 billion, according to the CCPA, using data from Forbes’ “real-time billionaires” listing.

Unsurprisingly, over half of Canadians surveyed think the pandemic has worsened inequality. Lee thinks this helps explain the wide consensus across party lines seen in the poll.

“Once inequality gets beyond a certain level, it just stretches all understandings of fairness,” said Lee. He said right- and left-leaning individuals alike can understand the need to address the extreme inequality Canadians find themselves mired in, it just remains to be seen whether politicians will respond with concrete action.

Julian said he believes this issue will be one of the most important, fundamental issues through this next election campaign, when so many Canadians are struggling.

“We see unparalleled misery across this country as people struggle through the pandemic, and yet the wealthy get off scot free,” he said.

“Canadians are saying enough is enough. We need to put in place a fair tax system because we need to make sure everyone has their basic needs met, and that we build a society that's a far more equitable society that existed prior to COVID.”

This story was updated to reflect the poll was commissioned by the Broadbent Institute and Professional Institute of the Public Service of Canada.

Mulroney's Conservative government brought in a deficit-slaying tax surcharge on wealthier individuals in 1985. From the NY Times: https://www.nytimes.com/1985/05/24/business/canada-proposes-business-spu...

A truly "fair share" taxation system would be one in which each and every tax paying citizen paid the same per cent of their taxable income. Otherwise the system is unfairly singling out some portion of the citizenry. Of course a large percentage of those polled would agree with "taxing the rich".... anyone else but them.

It is time for something to

It is time for something to bring equity into being. Unless we even the balance and stop poverty we are all less in this so called rich country. They refer in the word "rich" to the resources we have. That should include people. Healthcare needs help and more resources for everyone. Education is put at risk as well because of funding. We need a deep integrity at every level to make this happen.
No blaming, no pointing fingers, but working together in and with respect. It takes time to do this in its fullest form. As for climate that is an immediate problem to solve, the virus needs to have less fear and more action to treat it quickly. Without compassion we become more complicated, complacent, and less caring. Trouble is that means we are doing that to ourselves. We can only give what we have, or we go and get it.
Poverty is a root cause for so many things not needed, or wanted. Abuse and illness are certainly among them.
Greed is certainly available in droves and it undermines good communities, and good intentions everywhere.
Yes... a wealth tax is necessary for balancing and filling in the cracks.
This is the Call to be more fully human.