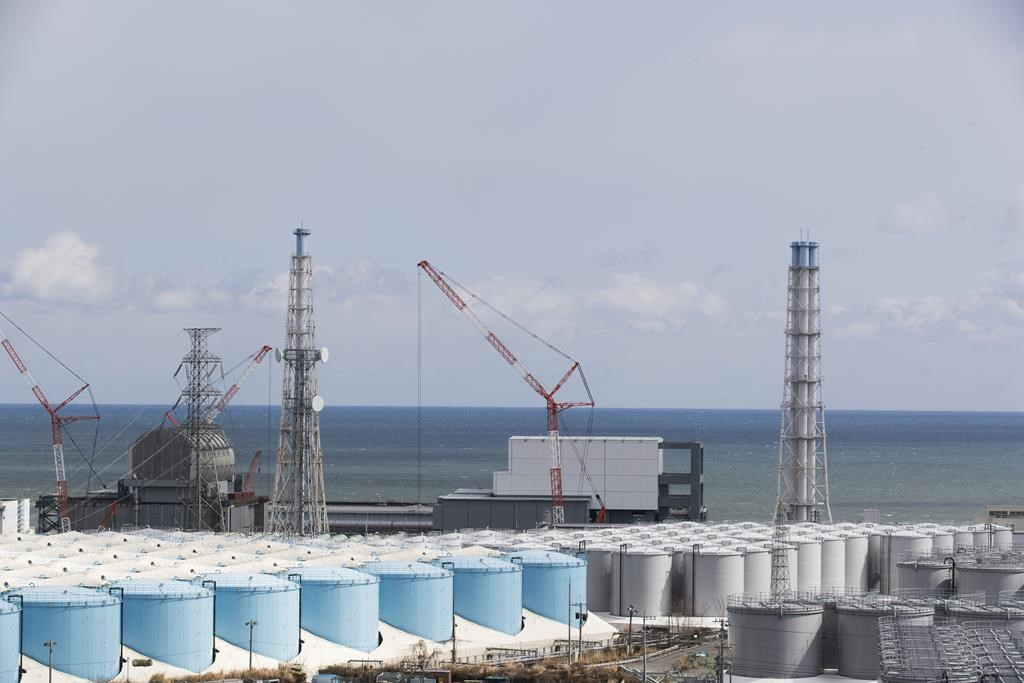 Japan’s government adopted an interim plan Tuesday that it hopes will win support from fishermen and other concerned groups for a planned release into the sea of treated but still radioactive water from the wrecked Fukushima nuclear plant.

The government decided in April to start discharging the water into the Pacific Ocean in the spring of 2023 after building a facility and compiling release plans under safety requirements set by regulators. The idea has been fiercely opposed by fishermen, residents and Japan’s neighbours including China and South Korea.

Under the plan adopted Tuesday, the government will set up a fund to buy fisheries products and freeze them for temporary storage to cushion the impact from negative rumors about the discharge. The government will also help promote Fukushima products to restaurants and other food industries.

The government also plans to start raising fish in the water treated to levels allowable for discharge as part of a safety awareness campaign. Further details have yet to be decided.

The accumulating water has been stored in about 1,000 tanks at the Fukushima Daiichi plant since 2011, when a massive earthquake and tsunami damaged its reactors and their cooling water became contaminated and began leaking. The plant says its storage capacity will be full late next year.

Japanese officials have said ocean release is the most realistic option and that disposing of the water is unavoidable for the decommissioning of the plant. Government and TEPCO officials say tritium, which is not harmful in small amounts, cannot be removed from the water, but all isotopes selected for treatment can be reduced to safe levels for release.

More than a decade after the crisis, fisheries and agricultural products from Fukushima are still often priced lower or shunned by retailers and consumers, though all marketed foods are tested for radiation.

TEPCO President Tomoaki Kobayakawa, who attended Tuesday’s meeting, told reporters afterward that the company plans to release a compensation scheme soon and that it takes “seriously” possible consequences of the water discharge.

Japan has obtained agreement from the International Atomic Energy Agency to monitor and review the release of the treated radioactive water from the Fukushima plant into the Pacific. The monitoring and review will start before the discharge, which is expected to take decades until the plant's decommissioning ends.

Experts from IAEA will visit Fukushima for water sampling ahead of the release and compare results with those by TEPCO, as Japan hopes monitoring by the respected agency would help gain international understanding.

While Japan works with IAEA for safety monitoring and evaluation of the water discharge and disclosure to the international community, the government will do utmost to ensure a sustainable business environment for fisheries and other businesses and “stay close to those affected by the disaster,” Chief Cabinet Secretary Katsunobu Kato said at Tuesday’s meeting.

Let us in Canada not behold

Let us in Canada not behold the mote that is in Japan's eye, but consider the beam in our own. Our CANDUs are pressurized heavy water reactors. Heavy water is the oxide of heavy hydrogen, aka deuterium, aka hydrogen-2. In normal operation they convert a small amount of it to tritium -- hydrogen-*3* -- of which some inevitably leaks. The Fukushima reactors were *not* heavy water reactors, so they produced much less tritium. It is likely that Darlington and Pickering have put much more T into Lake Ontario than the Japanese will, by this release, put into the Pacific.

The objections from Korea and China are entirely hypocritical: they too use CANDUs.

Interestingly, the number of tritons in those water tanks, and the energy of their decay, are such that non-nuclear electrical generators powered by the combustion of mined methane -- "natural gas" -- maintain a quantity of radon atoms in the air that give more radiation than the tritium can.