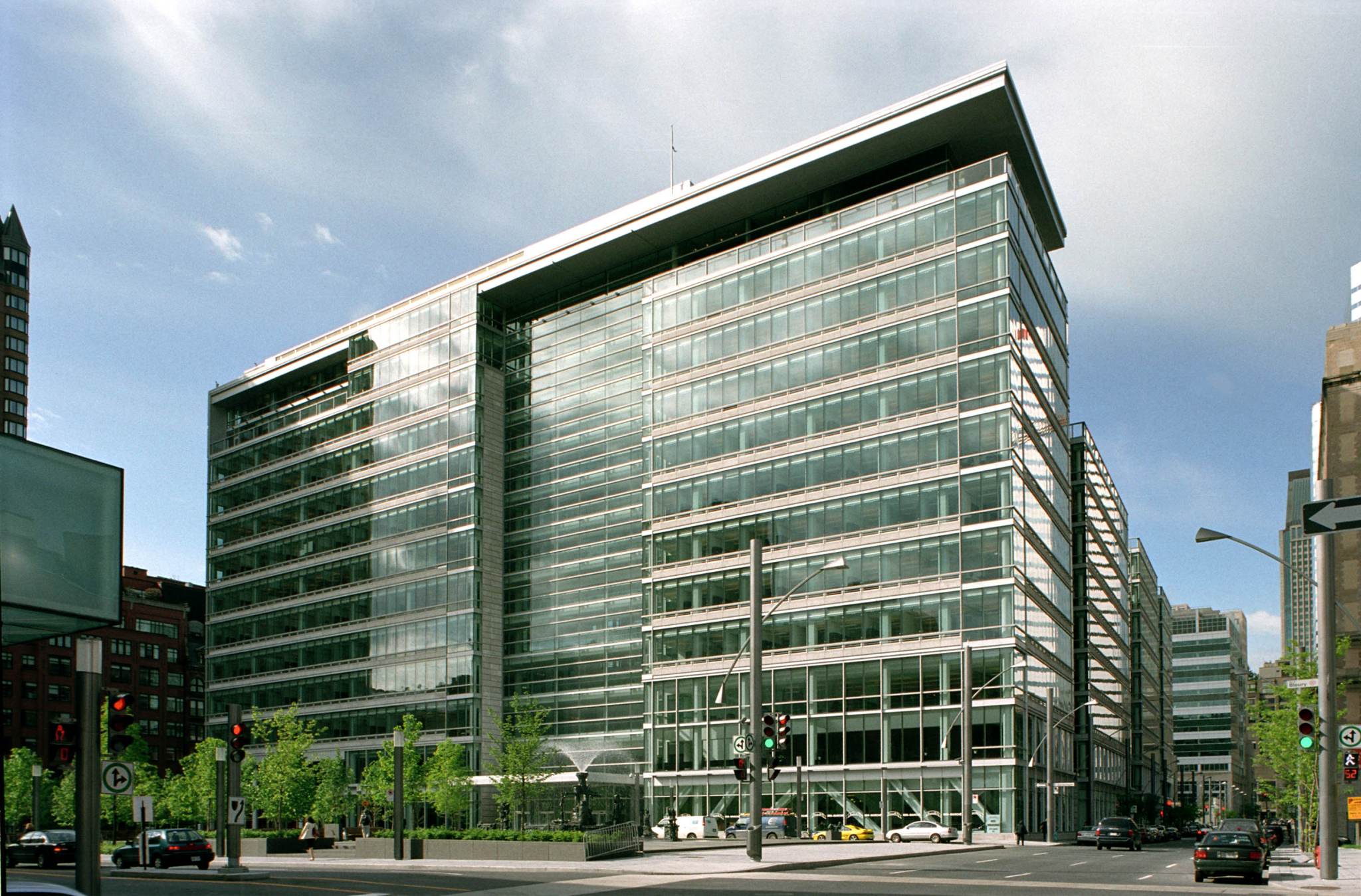 Caisse de dépôt et placement du Québec is selling off its oil assets as part of a four-pronged strategy to protect its members’ pensions as the world hurtles into an era of climate breakdown. Photo via CDPQ
Previous story
Next story

Canada’s second-largest pension fund, Caisse de dépôt et placement du Québec (CDPQ), is selling off its oil assets as part of a four-pronged strategy to protect its members’ pensions as the world hurtles into an era of climate breakdown.

The publicly owned pension fund manages $389 billion on behalf of Quebecers, and on Tuesday, it unveiled its climate strategy based around four pillars.

They include tripling the value of its “low-carbon” portfolio to $54 billion by 2025; setting a carbon-intensity reduction target of 60 per cent by 2030; starting a $10-billion transition fund for heavy-emitting sectors; and divesting itself from oil production and pipeline building by the end of next year.

“All climate signals clearly show that the danger for our economies and our communities is not just growing but accelerating,” wrote CEO Charles Emond in the strategy’s introduction.

Stand.earth climate finance director Richard Brooks called the announcement significant for three reasons. The first is that the CDPQ manages nearly $400 billion worth of assets around the world, making it a major financial player. The second is it is often seen as a leader in the climate finance space in Canada.

“When a fund of this size moves, you pay attention,” Brooks said.

“They were one of the funds (that) first moved on taking a real good look at the risk that the fund is exposed to because of its assets in the fossil fuel sector and emitting industries,” he said. “They've stepped out in the past, and when you're a trendsetter, people pay close attention to you.”

The third reason Brooks called it important was because even though it is specifically a Quebec pension fund, internationally, Canada is widely seen as a resource sector economy with significant influence from the fossil fuel industry.

“So for a pension fund in Canada to make this kind of move, that particularly targets oil and gas producers, is significant,” he said.

"Pension funds that are dependent on GDP growth … or dependent on a functioning financial system, it's in their interest to get the climate crisis under control," says @PatDeRocH. #cdnpoli #Divestment #FossilFuels

The CDPQ policy does not specifically target natural gas like it does oil, but because many fossil fuel companies are invested in both, the pension plan’s decision is still expected to affect investor confidence in these industries.

Shift Action for Pension Wealth and Planet Health’s senior manager Patrick DeRochie says pension plans have a fiduciary duty to all of their members, meaning they can’t put financial interests of older members ahead of younger ones. It has to responsibly manage the pensions of every member.

Because the climate will continue breaking down until global greenhouse gas emissions are reduced to zero, and climate breakdown will impact an economy’s stability, there’s no investment that will be safe by mid-century unless the climate crisis is brought under control, DeRochie says.

“So these pension funds that are dependent on GDP growth … or dependent on a functioning financial system, it's in their interest to get the climate crisis under control, and make sure there is a livable planet for their members if they want their investments to succeed in the long term,” he said.

“The 10 largest funds in Canada have almost $2 trillion in assets under their management, and that's really approaching what Canada's entire GDP is,” he said.

“In many ways, they have more assets and money than entire governments at the national or subnational level do,” he said. “They operate infrastructure around the world, and they have a real role to play as the owners and operators of infrastructure to make sure that there is a resilience to the changing climate, and they're actually planning for a future that's safe for their members.”

Shift worked with lawyers from Ecojustice and beneficiaries of the pension plans to send letters Wednesday to each of the 10 largest funds looking for information about climate risks. Attached to the letters was a legal backgrounder outlining the pension plan’s fiduciary duty to its members to protect their investments well into the future, saying there is an obligation to help address the climate crisis or face potential lawsuits. The letters were signed by members of the plans, including teachers, retired health-care workers, elected officials, students, union representatives, and others.

“Pension funds must assess and act decisively to limit their exposure to climate risks or else potentially face legal consequences,” said Ecojustice lawyer Andhra Azevedo in a statement.

Earlier this year, the Office of the Superintendent of Financial Institutions (OSFI), the country’s pension regulator, said pension plans could be at risk “as perpetrators of climate change or to claims brought by investors, pension plan members or other stakeholders for failing to account for possible risks to GHG-intensive assets.”

Brooks said it will be critical for pension plans and other major financial institutions to play a role in transitioning to a net-zero economy.

“Pension funds manage and control $42 trillion worth of assets globally,” he said. “That's the scale of money we need to be moving if we're going to be able to reduce emissions by half globally by 2030, and then reach net-zero by 2050.

“If the money isn't ready to move, and doesn't move, then all the governments of the world's plans really are handcuffed,” he said.

Climate financing on the table at COP26

Mobilizing private finance to address the climate crisis is expected to be a major theme at COP26 later this year. Taking place since 1995, the United Nations climate change conference — also known as COP, short for Conference of the Parties — brings countries together to negotiate agreements to reduce global warming.

This year, COP26 will take place at the Scottish Event Campus in Glasgow, Scotland, from Oct. 31 to Nov. 12.

Mark Carney, former Bank of Canada governor and current UN Special Envoy for Climate Action and Finance, is a key figure ahead of the conference. He is leading the COP26 “private finance hub.”

Private financing priorities at COP26 are expected to be setting up an international framework for moving tremendous amounts of money, essentially by making investors feel more comfortable they will see worthwhile returns. The strategy’s priorities reference expanding the role of public-private partnerships.

Brooks said a credible climate finance strategy has to be about more than scaling up financing for renewables. It has to phase out financing for fossil fuels, because expanding fossil fuel infrastructure locks in emissions for years to come.

“You can't build a coal-fired power plant and run it for a year and expect to make any money,” he said. “Same thing with a pipeline.

“So first things first, we've got to stop the infrastructure buildout.”

Earlier this month, the Ontario Teachers’ Pension Plan announced 2025 and 2030 greenhouse gas emission reduction targets of 45 per cent, and 67 per cent, respectively. Reuters reported Monday that Ontario Teachers was considering the sale of Chisholm Energy, an oil and gas company valued at nearly $1 billion. Last week it was reported the Ontario Municipal Employees Retirement System was looking to sell its 35 per cent stake in a Chilean gas plant worth over $1 billion.

For nearly a decade I've been

For nearly a decade I've been trying to rim the sails of my portfolio skiff toward more sustainable investments and after bucking vicious headwinds I am finally making progress despite the vigilant fiduciary persuasions of my financial advisor. At long last there are funds and instruments available that are actually "sound" in her estimation.
Good luck to the Caisse, and others like them Perhaps we can salvage the planet and destroy the predatory Capitalism and the dark money economy that has overtaken the world.

I have two opposed reactions

I have two opposed reactions to this article.
First, good for the Caisse and I'm glad they're doing that.
On the other hand, all this murfle about trying to persuade the financial sector and public-private partnerships and similar blah blah blah in the article is nonsense. If governments hit the regulation hard, require more electric cars, build more renewable power, install heat pumps etc., outlaw further oil exploration, boost the carbon taxes and so on, the financial sector will be forced to dump investments in a sector that is clearly going to lose them money. If governments keep on subsidizing fossil fuel companies, buying pipelines for them and such, the signal will be that the gravy train continues so keep on investing.

I think we need to stop

I think we need to stop imagining there's only one road forward. It hurts the climate movement to diss other folk's efforts.....we've experienced that 'what you're doing is irrelevant, won't work, is none sense' since we solarized. Now we're hearing our electric car is worse than ICE vehicles.

Too often the putdowns come from the usual suspects, invested in the obvious dirty industries.

Let's all do everything we can, and cheer on our friends and neigbours who are putting skin in the game. It's not easy to go against the absolutists of 'there's no alternative'. There's lots of roads forward....find one or two.

This is good news and long

This is good news and long overdo. Our foot dragging in the past means we have to move more quickly now, but I'm hopeful that as people wake up, smell the real smoke of a burning earth, and face the real dead end of our current endless growth economy we are going to move fast. Once we grasp the significance of endless growth built on unlimited debt, while public tax money funds subsidies to the once upon a time richest industry on earth, and good jobs disappear in favour of the 'gig economy'........I think our species is smart enough, industrious enough, and collective enough to transition to where the real work is.

Jobs are often a form of exploitation and poverty. What our pension funds should be investing in is a sustainable world for the workers of the future......this work that has purpose and social benefits for all. Health care comes to mind. As does education. What the Leap Manifesto called 'the non-carbon economy' provides real employment........where we 'profess' to believe in the labour we contribute to a liveable planet.

Seth Klein's recent book A GOOD WAR...makes it clear we can do this. We did it during World War II....
We just need to cut back on military spending (war is a climate accelerator from hell), end fossil fuel subsidies (capitalist enterprises shouldn't need to be on the public dole) and tax the wealthy and the corporations whose profits they've pocketed.

Once all pension funds invest in real Enterprise, we'll see much needed momentum. Let's advocate for our pension funds to follow this Quebec leader. We don't have a century to move now.