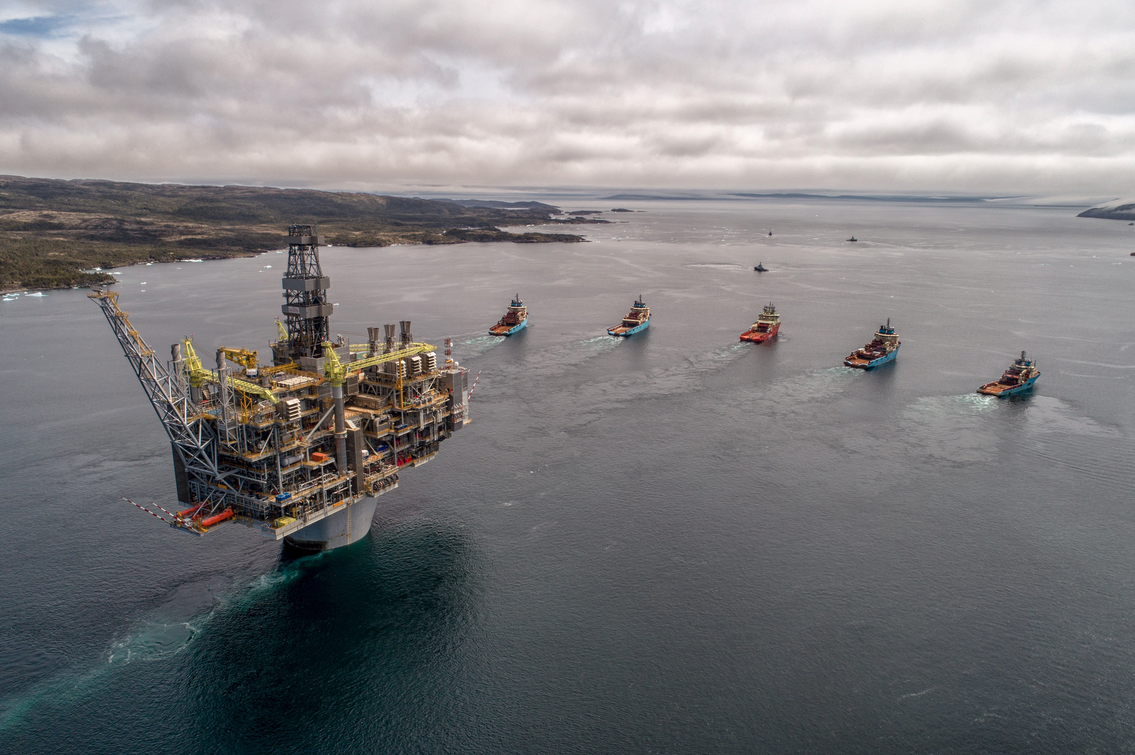 Oil and gas industry groups and climate advocacy organizations in Canada are squaring off to shape the federal government’s just transition strategy. Photo via Hebron
Previous story
Next story

As the planet slides into an era of climate breakdown, oil and gas industry groups and climate advocacy organizations in Canada are squaring off to shape the federal government’s just transition strategy.

In July, Natural Resources Canada (NRCan) launched a consultation period to gather feedback about what principles should guide a just transition away from fossil fuels, who should be on an advisory body, and what is or isn’t working. Initially, Sept. 30 was set as a deadline, but the consultation has been indefinitely extended due to the election, NRCan told Canada’s National Observer. To date, the department has received over 15,000 emails about the just transition consultation, and hosted three virtual sessions pre-election.

The Canadian Centre for Policy Alternatives (CCPA) is calling on Ottawa to make just transition legislation a top priority, and notes NRCan’s discussion paper is lacking in detail.

“The most obvious and problematic omission from the discussion document is any mention of the fossil fuel industry,” writes CCPA senior researcher Hadrian Mertins-Kirkwood. “Canada must wind down and ultimately phase out the vast majority of oil, gas, and coal production in the next 30 years to meet our domestic and international climate goals.”

That global shift is already underway. In May, the International Energy Agency published a landmark net-zero report that concluded there is no room for any new fossil fuel development to hold global warming to the Paris Agreement target of 1.5 C. More recently, thousands of experts have endorsed a fossil fuel non-proliferation treaty, and Denmark and Costa Rica are expected to formally launch the Beyond Oil and Gas Alliance at COP26 in a few weeks.

“There can be no just transition without a transition. Pursuing the former without an explicit acknowledgment of what the latter entails serves no one and is ultimately self-defeating,” he added.

The biggest barrier to phasing out the oil and gas industry is neither economic nor technical, but rather false assumptions a transition will lead to economic suffering, according to the Centre for Future Work. The centre’s submission was largely based on a previous report, written by Jim Stanford, an economics professor at McMaster University and director of the centre, and commissioned by Environmental Defence.

“​​Many fear this (transition) will deeply damage Canada’s economy and labour market,” Stanford writes. “Those with vested financial interests in fossil fuels exploit these fears to oppose the policy reforms needed to best position Canada in a sustainable, carbon-neutral energy future.”

Perhaps more critically, there are only 18 communities where the fossil fuel industry is responsible for more than five per cent of jobs, meaning just transition support can be targeted to the communities most affected relatively easily.

The federal just transition consultation has been indefinitely extended. Climate and industry groups are already duking it out for influence. #cdnpoli #FossilFuels

“But even in those communities, other industries (like the rapidly growing health-care sector) are just as important as, or more important than, fossil fuel jobs,” Stanford writes.

“Surprisingly, most fossil fuel jobs are located in large cities, with diverse and growing local labour markets; in those cities, the employment transitions associated with the phase-out of fossil fuels will be more manageable,” he adds.

Mertins-Kirkwood wrote that an unmanaged decline will lead to greater economic suffering for communities. He also explained that a goal for a net-zero economy should be to tackle environmental racism, reconciliation, and climate justice to address how marginalized communities already bear the brunt of climate change.

In the context of a just transition, Mertins-Kirkwood says it will be important to make sure everyone who is impacted by the transition is supported.

“Fossil fuel workers are disproportionately high-income white men, but many other workers in fossil fuel communities who depend indirectly on the industry, such as food service and accommodation workers, are more likely to be women, immigrants, racialized workers, and other marginalized people,” he wrote. “If a ‘just transition’ policy does not have broad coverage, it can make inequality worse.”

The Canadian Association of Petroleum Producers (CAPP) also encouraged its members to submit feedback, with high-level recommendations like allowing provinces to play a role in choosing members for a just transition advisory body and ensuring any “just transition” policy is aimed at cementing Canada as a global supplier of fossil fuels, rather than transitioning out of the industry.

The debate over the pace of a transition is also related to the revenue the industry can haul in for provincial governments. In cash-strapped Newfoundland and Labrador, where paying down debt represents the second-highest cost to the province behind health care, the offshore oil industry has been a major source of revenue some are unwilling to let go.

On Tuesday, Memorial University’s Harris Centre hosted a public conversation between Angela Carter, a University of Waterloo politics professor and author of Fossilized: Environmental Policy in Canada's Petro-Provinces, and Max Ruelokke, former CEO of the Canada-Newfoundland and Labrador Offshore Petroleum Board, to discuss the future of the industry.

In many ways, it was a microcosm of the broader national debate, with Carter presenting the transition as an inevitability that should be prepared for, and Ruelokke agreeing in principle a global transition is happening, but disagreeing about the urgency.

“I think once we’ve done what we can do to reduce the negative impact of the production system on the environment, there’s no reason why we can’t produce oil sensibly and sustainably right up for the next 30 to 40 years,” Ruelokke said, referring to emissions associated with extracting and refining oil.

Carter, meanwhile, explained that only counting those emissions misses the bigger picture. That’s because annually, N.L. records about 1.6 million tonnes of CO2 from extraction and refining, but doesn’t count the emissions from when the oil is ultimately burned.

“So far for the two billion barrels we’ve produced, we’re just under a billion tonnes of CO2,” she said. “If we were to take our oil and gas fields to their full potential, which is something like five billion barrels, you can imagine what the emissions cost would be.”

Both sides agreed there is no turning off the taps overnight, but Carter said to be in line with a climate-safe future, the province should be aiming for a three to four per cent reduction in oil production annually. Instead, the provincial government is aiming to double offshore oil production by 2030, new exploration is planned, and CAPP says the province has “significant growth potential.”

“Those visions of the future don’t align with what market and energy and emissions forecasts look like,” Carter said.

Instead, she said the province should focus on “winding down” the fossil fuel sector, while “winding up” new economic alternatives to avoid an economic crash.

"The Canadian Association of

"The Canadian Association of Petroleum Producers (CAPP) also encouraged its members to submit feedback, with high-level recommendations like … ensuring any 'just transition' policy is aimed at cementing Canada as a global supplier of fossil fuels, rather than transitioning out of the industry."

Very funny. CAPP has a sense of humour. Who knew?
CAPP, the Big Banks, Corporate Canada, and Trudeau's Liberals, and the academic sell-outs boosting the Liberals' "climate plan" pre-election are all planning to fail on climate. Pathetic.