Green Party lays off half of all staff members as money woes, internal strife continue 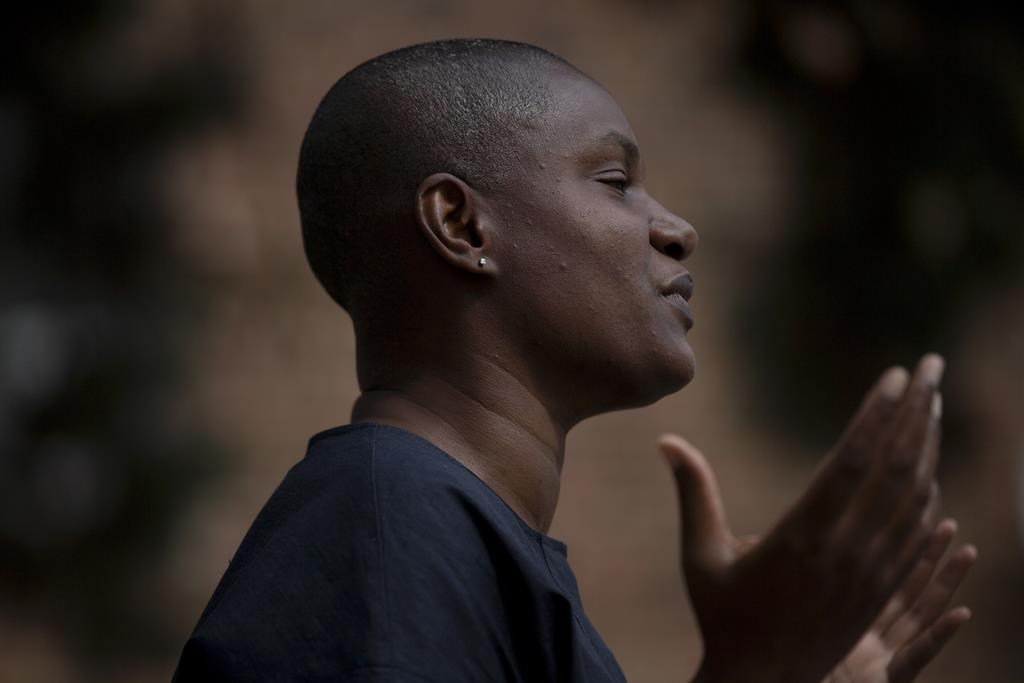 Annamie Paul addresses the media during a news conference in Toronto's Regent Park on food security on Tuesday August 31, 2021. File photo by The Canadian Press/Chris Young
Previous story
Next story

Layoffs are once again hitting the Green Party as party brass look to shave costs amid persistent financial and political woes.

The Greens are temporarily laying off half of their staff, or about 10 employees, effective Tuesday, according to three senior party officials who were granted anonymity because they were not authorized to speak publicly about internal matters.

The sources say Green interim executive director Dana Taylor is meeting one on one with affected workers throughout the day to inform them.

The culling will affect long-term staff in the office of Leader Annamie Paul as well as in communications, mobilization, fundraising, strategy, and governance — a now empty department—marking a partial repeat of temporary layoffs announced last June. Contracts for some other short-term staff expired on Sept. 20, the day of the federal election.

Paul, who announced last month she would resign, remains in the top spot as she negotiates with Green executives about compensation for costs incurred during legal battles with the party, sources say.

"Ms. Paul has had no say in the layoffs and was unaware of the latest staff cuts until they started happening this morning," party spokesman John Chenery said in an email Tuesday.

Paul's office did not respond to a request for comment.

On top of financial troubles, Greens face a self-reckoning after last month's federal election where the party maintained two seats in the House of Commons but saw its share of the popular vote tumble to about two per cent from nearly seven per cent, capping off a year marked by power struggles, bitter feuds and a defection to the Liberals by New Brunswick MP Jenica Atwin.

The fractious dynamics were on display over the weekend, when the party's 16-member federal council as well as its five-member executive council — Paul sits on both — took part in several meetings to which the leader was not invited, sources say.

The virtual sit-downs, which included discussion of the impending layoffs, were opened to all Green members for one portion that saw accusations fly over the party's treatment of Paul, resulting in an apology from new president Lorraine Rekmans over the lack of invitation.

Over the summer Paul launched an arbitration related to her employment contract and moves by party brass to oust her through a non-confidence vote and a membership suspension. Both were halted by the independent arbitrator.

In response, several senior officials filed a legal challenge on behalf of the party against Paul that questioned the arbitrator's decision as tensions between the two sides came to a boil.

Former Green Party of Canada Fund president Doug Tingey said in a July report that the "current financial situation is not sustainable."

He told federal council members in July the Greens would have about $300,000 in the bank if an election were called the next month — the campaign wound up kicking off Aug. 15 — compared to $1.9 million at the outset of the 2019 election and $3 million when the writ dropped in 2015, two sources said at the time.

The relatively small sum did not account for a roughly $1.3-million election loan, or $150,000 in wage subsidies that came into party coffers in late July, sources say.

The cash crunch also comes despite a fundraising bump during at least part of Paul's 12-month tenure, though party officials have also said fundraising flagged during the campaign following months of public turmoil.

Greens raised about $1.36 million in the first two quarters of 2021 compared to about $1.2 million in the same period a year earlier, according to Elections Canada filings.

Jenica Atwin keeps her seat after switch from Greens to Liberals

I give the mainstream media a

I give the mainstream media a lot of slack when they report on the Green Party of Canada because I know they don't fact-check or bother to understand the very different structure of the Green Party from the other political parties. But when the National Observer doesn't bother to report in the correct context it's really depressing. The leader of the Green Party of Canada, no matter who it is, has no more power in the party than the Federal Council or the Fund Committee. The party is not hierarchical. The day to day operations of the Party does not come under the purview of the Leader, hence, Paul was not asked what she thinks of the lay-offs, as Elizabeth May was never consulted on lay-offs or any other day to day workings of the party. This is where Annamie Paul constantly gets herself into trouble: she is in serious denial about how the party is actually structured even though she and all the leadership candidates were thoroughly briefed on this very fact of life. Instead Paul went in to her leadership determined to change the Green Party into her image' i.e. top-down and hierarchical. I can only surmise that this is what she is referring to when when she said "she had to break a glass ceiling". To refer to the push-back on her very autocratic and lack of transparent approach to changing organizational culture as "sexist and racist" is a huge stretch.
I really thought he National Observer was different, but clearly it is not. My advise, bother to inform yourself of the facts before you spew out only what you "think" you know and making incorrect assumptions. Shame on you.

Actually, most NO readers

Actually, most NO readers probably got all that already, during the original fracas over Palestine. It was painstakingly explained that the Leader can't change the platform, and isn't free to publicly disagree with it, the whole job is to champion the platform - and the Palestine plank was both hard-fought, and supermajority popular.

One would assume that there was a whole contingent working to unseat her from the day where she broke both those job obligations. That the offense also cost a whole seat just made it easier to explain.

I got an email from the GPC

I got an email from the GPC about this on Tuesday. My reaction to it was, their problems are self-inflicted.