Make provinces pay for their emissions 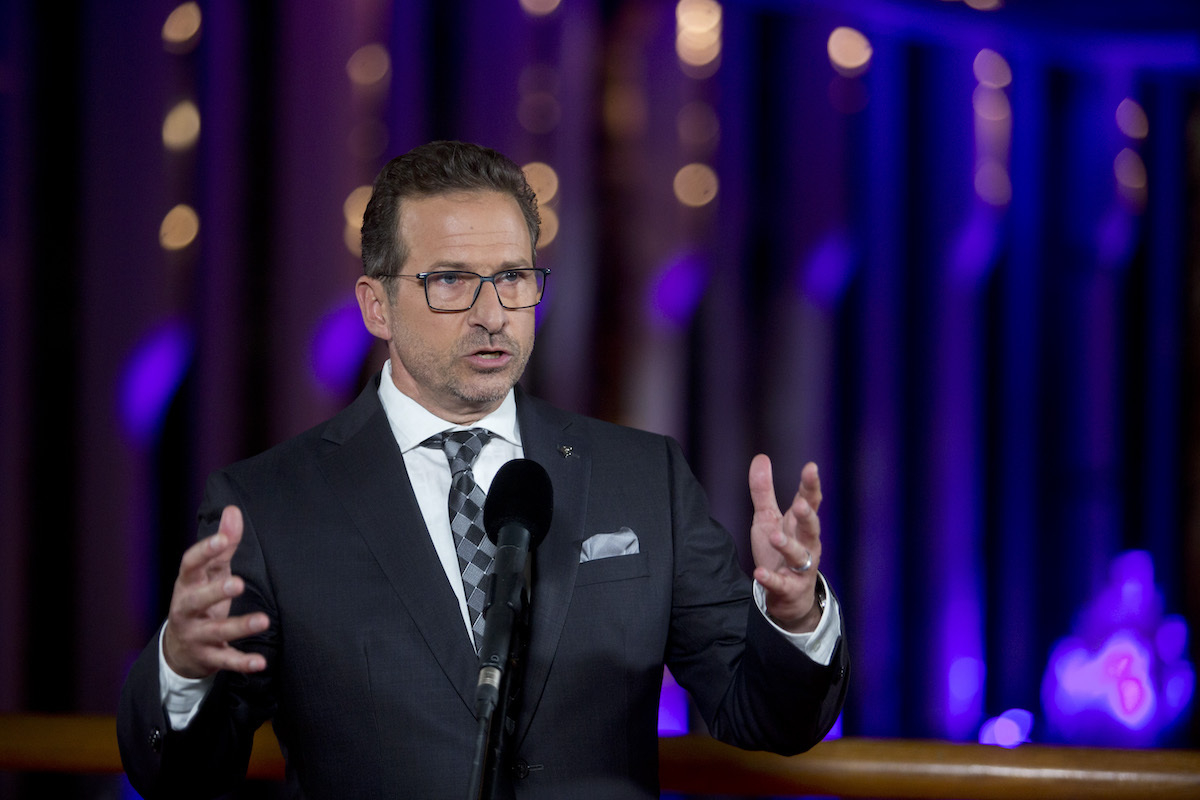 Equalization payment policy always produces an energized discussion in Canada, particularly between Quebec and Alberta. During a recent election, a province’s quasi-referendum on changing the concept of equalization was supported by a substantial 41 per cent. Not the one held in Alberta this month, I’m talking about Quebec.

The Bloc Québécois won 41 per cent of the seats in Quebec in the most recent federal election and one of the party’s platform planks was the idea of green equalization. Green equalization proposes provinces that produce more than the national average of greenhouse gas (GHG) emissions should pay provinces that are under the average. For example, Alberta would pay and Quebec would receive.

You might think this was just the BQ kicking sand in Alberta’s face given the long-term complaints from Albertans who feel their equalization money supports Quebec’s lifestyle. But it’s worth looking at how green equalization might make sense in terms of climate change policy.

First, let’s discuss what emissions look like on a per capita basis to understand where the BQ was coming from. Close to 50 per cent of our national emissions are produced by Alberta and Saskatchewan; let’s refer to this composite region as Albertawan. At 63 tonnes of CO2 per person in 2019, if Albertawan was its own country, it would be the worst per capita emitter in the world by far. The next nearest is Brunei at 39, and the next worst major economy is Australia at 25.

Given the massive hydroelectric generation in Quebec, you might think of it as one of the world’s greenest economies. But no, at 10 tonnes per person, they are not even as good as other industrialized countries, like France or the U.K., and surprisingly, are even worse than China. But they look great compared to Albertawan. Ontario is only a little worse than Quebec at 11 tonnes per person. B.C. is the other major total provincial emitter and is somewhat worse than Ontario on a per capita basis at 13 tonnes per person. This is clearly not in the same league as Albertawan, although the official B.C. government policy around LNG has it wanting to move in that direction.

So, Canada has huge regional disparities in terms of emissions per person. And what makes that worse is when you realize many of those Albertawan emissions are being made to export fossil fuels to the U.S. — almost 80 per cent of our oil is exported there. The U.S. is one of the world’s biggest industrialized per capita emitters, at 18 tonnes per person. The only major developed countries with worse records are Canada and Australia. The stratospheric per capita emissions arising from Albertawan, and therefore Canada, provide fossil fuels for the U.S.’s own bad emissions.

Albertawan is terrible in terms of GHG per capita. Central Canada is middling. But Canada’s government now has set the Herculean task of reducing emissions 45 per cent from the 2005 level by 2030. And based on our abysmal track record, we need to do something very different from what we have been doing because our efforts to date aren't working. We’ve shown that over and over since the 1980s. For example, since the Trudeau government first came to power with all its sound and fury on climate change action, our national GHG emissions have actually gone up.

The BQ was suggesting Albertawan should pay a penalty for incurring those huge GHG emissions and the provinces that do better should receive those payments. You might think that sounds crazy, but it is very similar to what the federal government has in place for the large industrial emitters carbon tax, the Output-Based Pricing System. It’s a system where the tax is based on pricing GHG produced per unit of production over a benchmark set for specific industries (e.g., cement), with credits given for those under the benchmark.

Let’s imagine a system similar to the government’s large emitter methodology instead for GHG by population. Each year, Albertawan would pay a penalty for every unit of carbon per person over an annual benchmark. Remember, Albertawan in 2019 was 63 tonnes per capita and the Canadian average was 19, so a significant payment would result. Provinces like Ontario and Quebec, since they are under the benchmark, would receive a payment that must be applied to green investment.

When you consider that between 2005 and 2019 Alberta increased emissions by 15 per cent and Ontario managed to reduce by 21 per cent, there needs to be something to incentivize provinces to do better. What better way than through policies that penalize provinces for increasing emissions and rewarding provinces that cut? Whereas the carbon tax may incentivize individuals and corporations, the equalization program would incentivize governments to act.

Opinion: Close to 50 per cent of our national emissions are produced by Alberta and Saskatchewan, writes Ross Belot, who refers to this composite region as Albertawan. #ClimateCrisis

And that has been our problem from the beginning. For dramatic and meaningful change to happen, we need governments to shape effective investments and policies; companies and individuals can’t do it on their own. Instead, we have hand-waving with smoke and mirrors and targets we have no plans to come close to achieving. The reason? There is no cost for a province that fails.

Green equalization would change that. If Albertawan wanted to keep emitting at current per capita levels, it would at least be forced to fund green investment in other jurisdictions. Or even better, let's imagine a scenario where green equalization worked by incentivizing Albertawan to transition away from fossil fuel production.

We need to do something different because more of the same will just get us more of the same abysmal outcomes. If we really care about climate change, we need to change something — and it needs to be big. Green equalization might be just the big thing needed.

Huh?
How would that improve anything?
Ontario's been a massive backslider in the past 4 years. That's not a reason to reward them because they have further to slide back before hitting a national (or any other) average.
Convert the "fines" to subsidies for actually green initiatives, within a given jurisdiction: it's the jurisdiction that makes its own decisions. none of this malarkey around offsets and trading carbon "credits" with other jurisdictions. That's a bridge to more and worse, not to bringing everyone to "compliance" with a federal mean.
Regional carbon production rarely tracks with population, regardless of the size of the region.
The biggest problem I see with "Albertawan's" excesses is that they enable excesses elsewhere. I don't see the benefits of those excesses being visited upon individuals. The people who work in the tarsands (and are continually being replaced by machines) are domiciled in every province.
If the Alberta government doesn't have enough money, they might consider a sales tax like every other province has, with all the proceeds going to real greening initiatives. Albertans would scream bloody murder, but they do understand paying for what you get.

Would "green equalization" fly politically?
"Green equalization" would penalize fossil fuel production in Albertawan, and reward provinces like Quebec and Ontario, whose consumers happily consume Albertawan's oil & products.
Quebec and Ontario drivers are responsible for their share of Albertawan's emissions — but under this scheme only Albertawan would pay, and the proceeds would flow to Quebec and Ontario.
Thud!
----------
According to a 2018 HEC Montreal report, between 1990 and 2017 sales of SUVs, trucks and pick-ups soared in Quebec by 246%. Gasoline sales rose by a third.
"Quebec must do more to make the energy transition"
https://www.hec.ca/en/news/2018/quebec-must-do-more-to-make-the-energy-t...
Quebec and Ontario are as addicted to fossil fuels and big vehicles as other provinces are.
"…Canada’s vehicles have the highest avg fuel consumption and CO2 emissions per km driven. They are also the largest and the second heaviest in the world. … The shift towards trucks, including SUVs, crossovers and minivans, in the past decade has been phenomenal. And before fingers point at places like Alberta, this is a trend seen across every province in Canada."
"When it comes to vehicles, Canada tops the charts for poor fuel economy" (2019)
https://theconversation.com/when-it-comes-to-vehicles-canada-tops-the-ch...
----------
Subject to decades of disinformation, Albertans already believe that they pay for Quebec's equalization payments through their taxes (or, even more incorrectly, via a big cheque cut by the province). Imagine the howls of outrage if AB's fossil fuel industry is penalized, and the proceeds sent to Quebec.
Carbon pricing across the board would be simpler, more equitable, and far more politically acceptable. Apply the proceeds to renewable energy, retrofits, and public transit within the jurisdiction.

So let's do a thought

So let's do a thought experiment:
If Alberta needs to reduce its CO2 footprint by curtailing its oil industry, why not close down Line 5, which exports Albertawan oil to Ontario and Quebec. Oil production goes down; Albertans are out of work and royalties and GST taxes go down too. Boo hoo. But the CO2 produced per capita goes down by a big whack. Yay! Meanwhile, in Quebec and Ontario cars, trucks and various industries grind to a halt, lowering their CO2 footprint too. Yay! And - they won't be freezing in the dark, because Hydro will keep the lights on - so that's OK.
But is it anyway to run a country?