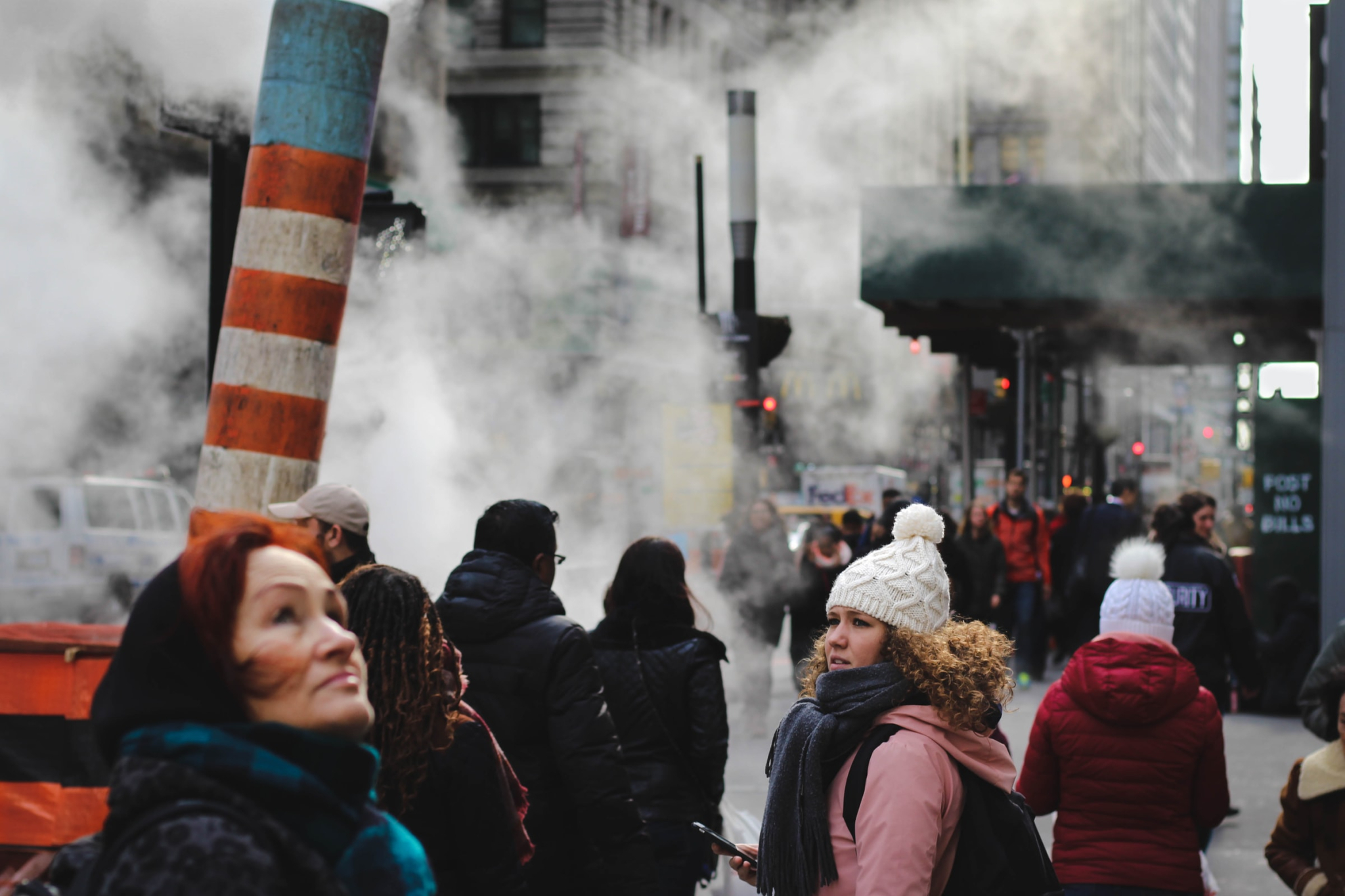 Canada plans to cut its overall greenhouse gas emissions down to zero by 2050. Photo by Pétrin Express / Unsplash
Previous story
Next story

Climate change is a complex global problem caused by human activities that release greenhouse gases — like carbon dioxide, methane and nitrous oxide — into the atmosphere. Those gases trap heat within the planet’s atmosphere, causing hotter temperatures and changes in climate around the globe.

There is no single effective solution for the climate crisis — it’s going to take many different solutions, each working on different parts of the problem, to avert the worst effects of climate disaster.

In 2019, Canada emitted 730 megatonnes of CO2-equivalent greenhouse gases. While this is higher than in previous years, the federal government has promised 2019 will be the last year emissions rise. The country aims to get to net-zero emissions by 2050. Here are some of the solutions we can use to start moving in the right direction.

Putting a price on carbon

The costs of climate change are felt by everyone, but until recently, creating the pollution that causes it was free. In 2019, the federal government put a price on carbon pollution, creating incentives for both producers and consumers to reduce their emissions. The initial price tag was $20 per tonne of carbon pollution, but that figure has since gone up to $40 and is set to rise every year until 2030, when emissions will cost $170/tonne.

By charging for pollution, Ottawa says carbon pricing could reduce emissions by 13 per cent by 2022. Provinces and territories are free to set their own program for pricing carbon, provided it achieves the same result. Newfoundland and Labrador, Nova Scotia, New Brunswick, Quebec, British Columbia and the Northwest Territories have their own carbon pricing schemes. The federal backstop program applies in part or in full in the rest of the provinces.

Though carbon pricing has worked in other jurisdictions, not everyone was on board with Ottawa’s plan when it was first unveiled. Alberta, Ontario and Saskatchewan independently asked their appeals courts to challenge the law, but the Supreme Court of Canada ruled it was constitutional in March 2021.

The vast majority of Canada’s greenhouse gas emissions (81 per cent) come from burning fossil fuels — things like oil, gas and coal — for energy. We do this to run our cars, heat our buildings and power industry.

Canada plans to cut its overall greenhouse gas emissions down to zero by 2050 — but climate change is a problem that requires many solutions. Here's how we could get there. #ClimateAction

To move away from fossil fuels, Canada needs to electrify every possible part of its economy and ensure our energy is emissions-free. This means developing renewable sources like hydro, solar, wind and nuclear power, and the means to store that energy in batteries. As of 2018, 82 per cent of Canada’s electricity already came from non-emitting sources, and the federal government aims to get to 90 per cent by 2030.

But not all renewables are created equal — even among climate scientists, policy-makers and environmentalists, there is debate about which energy sources are the best investment for our future. Federal and provincial governments are therefore investing in a variety of technologies, from solar in the West to wind in the East, as well as publishing action plans for small modular nuclear reactors and hydrogen.

We also release greenhouse gases when we extract fossil fuels. The oil and gas industry accounted for 26 per cent of Canada’s total emissions in 2019, more than any other economic sector. The federal government has invested heavily in carbon capture technology to make oil operations more sustainable. It will also partner with heavy emitters, many of which are in the oil and gas industry, to help deploy cleaner technology at scale.

However, lowering our emissions means not just removing fossil fuels from our energy mix but moving away from them altogether. A 2020 UN report found global fossil fuel production needs to drop by six per cent a year for the next decade to avoid more extreme consequences of the climate emergency. The International Energy Agency has also called on countries to stop investing in new fossil fuel infrastructure, and several major oil and gas firms expect to see peak demand within the next decade. Recognizing the need to transition away from fossil fuels, the federal government has begun a consultation process on how to manage a just transition for workers in the industry who will be affected by the economic shift.

The transportation sector produces 44 per cent of Canada’s greenhouse gas emissions, second only to oil and gas. Most of this comes from road transportation, which includes personal passenger cars as well as light and heavy duty vehicles such as delivery trucks and tractor trailers.

Shifting from gas-powered to electric vehicles (EVs) will be part of the solution. Governments in Canada can encourage this shift by using rebate incentives as well as building out EV infrastructure, such as charging stations. The federal government has mandated that by 2035, all cars and passenger trucks sold in Canada must be zero-emission. However, Canada has had trouble meeting earlier targets.

Emissions can also be reduced by getting cars off the road. This can be accomplished by encouraging active forms of transportation such as walking and cycling, investing in (emission-free) public transportation and avoiding building new highways, which can actually increase traffic.

European cities such as Paris and Oslo have already shown that reducing urban access to cars can reduce pollution without increasing traffic. However, jurisdictional overlap between federal, provincial and municipal levels of government may complicate efforts to reduce traffic in Canada. The City of Vancouver aims to reduce the number of cars on the road, but at the same time, provincial and federal governments are investing hundreds of millions of dollars to widen the Trans-Canada Highway in Metro Vancouver, which will put more cars on the road.

Thirteen per cent of Canada’s greenhouse gas emissions come from burning fossil fuels to stay warm inside. If we add the electricity we use for cooling, lighting and appliances, that figure rises to 18 per cent.

There are two main ways to bring these numbers down. The first is to retrofit existing buildings to make them more energy efficient. This includes installing better windows and insulation and replacing furnaces with electric heat pumps. The federal government offered $4.4 billion in support for home retrofits in its 2021 budget, but critics say the investment is much too small, putting the actual cost of upgrading Canada’s residential buildings at more than 14 times that amount.

The second is to use regulations to ensure new buildings are as energy efficient as can be, aiming to eventually create net-zero buildings. Canada is currently reviewing its building codes and aims to have the new codes published by the end of 2021.

A report from Carleton University has criticized current federal regulations for not being stringent enough. The report suggests mandatory air leak tests and specific (not percentage-based) consumption targets would greatly improve the effectiveness of the regulations.

Agriculture in Canada accounts for eight per cent of our greenhouse gas emissions and is mainly driven by two things: enteric digestion — or the burps and farts of livestock, which produce methane — and the use of nitrogen fertilizers. When applied in excess, these fertilizers produce nitrous oxide, a greenhouse gas about 300 times stronger than CO2.

Farmers can decrease their emissions and dependence on industrial fertilizer by using sustainable practices such as cover cropping and rotational grazing, which improve the health of the soil. Healthier soil is not only more fertile and can grow more food, it may also hold carbon that would otherwise be released into the atmosphere.

But these measures take time and money — and about 80 per cent of Canada’s farmers made little to no profits last year, according to Statistics Canada. In 2021, the federal government announced $270 million in funding over two years to help farmers transition to low-emission farming practices. Farmers have welcomed the investment as a good start but say there’s still more to be done.

Most of the emissions that come from industry are the result of burning fossil fuels for energy. That means the most important solutions for cleaning up industry are things we’ve already mentioned: electrification and clean energy.

However, even if we move machinery and vehicles off fossil fuels, industrial processes such as making cement and steel still produce a lot of emissions (7.4 per cent). While these will be tough to eliminate, some Canadian companies are working on ways to make cleaner concrete. The federal government has also invested in phasing out coal in heavy industry and developing carbon capture technology, a process that aims to trap carbon emissions before they enter the atmosphere. Ottawa has called carbon capture an “important tool for reducing emissions in high-emitting sectors,” but critics argue it’s a half-measure that prolongs the lifespan of the oil and gas industry.

Another way to help nature is by putting nature itself to work. Preserving and restoring ecosystems such as grasslands, wetlands and forests can help to sequester carbon, protect biodiversity and mitigate impacts of climate change like flooding.

One report by Nature United claims Canada could reach one-third of its greenhouse gas reduction targets by making better use of its forests, prairies and wetlands.

So far, the federal government has fallen short of its conservation goals, but its efforts are still among the best compared to action from provinces and territories. Canada has committed to conserving 30 per cent of its land and waters by 2030.

I wish this article covered

I wish this article covered the options for tackling three biggest challenges, which are mentioned only in passing here. 1) long-term renewable energy storage, 2) heavy-duty trucking, and 3) steel and cement production. Europe is deploying hydrogen to resolve all these areas.