What David Suzuki will do for love 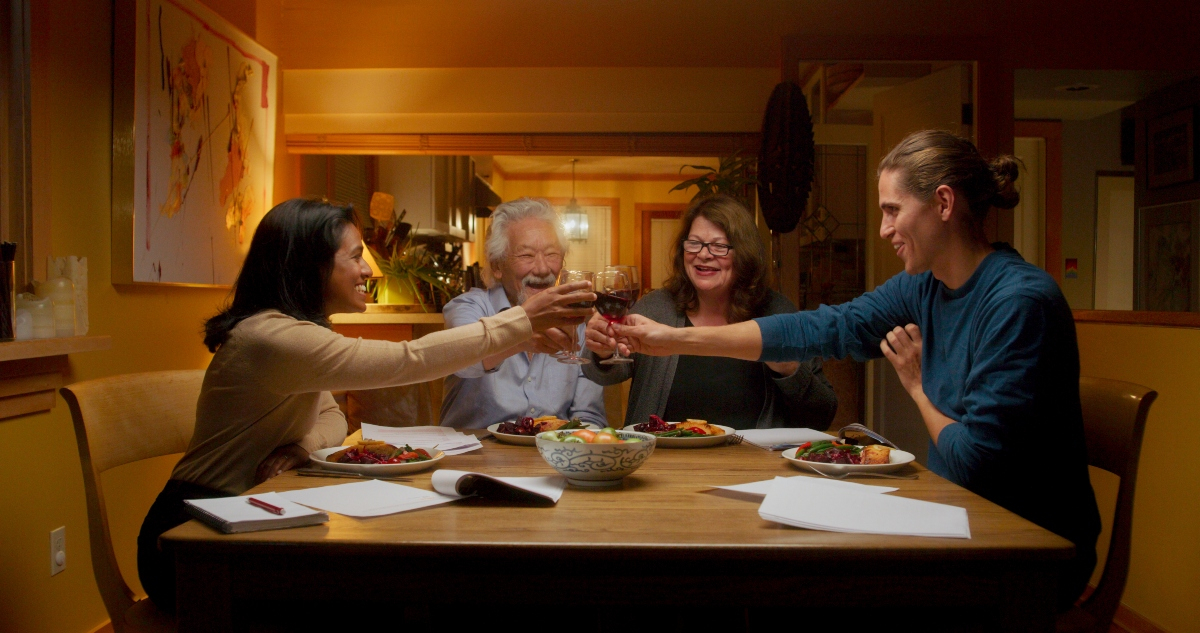 Miriam Fernandes, David Suzuki, Tara Cullis and Sturla Alvsvaag in a scene from What You Won’t Do For Love. Photo courtesy of Why Not Theatre
Previous story
Next story

Last week, after David Suzuki warned pipelines would be “blown up” if politicians failed to take action on climate change, critics were quick to frame the celebrated Canadian environmentalist as a gangster, a security threat, even an eco-terrorist.

This week, a new film, What You Won’t Do For Love, paints a different picture of Suzuki: loving husband, compelling storyteller and, for the first time ever, professional actor.

The movie, produced by Toronto’s Why Not Theatre in partnership with TO Live and Soulpepper, stars Suzuki and his wife, Tara Cullis, as themselves. Through a series of conversations with a young couple — real-life partners Miriam Fernandes and Sturla Alvsvaag — Suzuki and Cullis recall the first time they met, reminisce about their adventures in the Amazon and reflect on their undying dedication to the planet. What would happen, they ask, if we all loved the Earth as much as we love our spouses, our parents, our children?

What You Won’t Do For Love is a departure from Suzuki’s usual style, swapping his trademark scientific exposition for tender dialogue. Its emphasis on script over special effects is a product of the fact that it began not as a film but as a play.

Several years ago, director Ravi Jain, an award-winning theatre artist in Toronto, adapted Seasick, journalist Alanna Mitchell’s book about the deterioration of the Earth’s oceans, into a one-woman show. The experience proved theatre could be a weapon in the climate crisis. “We’re all facing this impossible task, and I don’t know what the hell we’re supposed to do,” says Jain. “But I’m good at telling stories. I felt, if I could make one contribution, that would be it.”

After Seasick, Jain approached Suzuki about starring in Life of Galileo, a play about a brilliant scientist and a society that refuses to listen to him.

“It was intriguing,” says Suzuki, who had never acted before. “What Galileo was saying was so outrageous to the collective society. He was a very courageous guy. In many ways, environmentalists who have been speaking out for the past 30 years are in the same position.”

But Suzuki demurred. He worried he’d never be able to memorize his lines. “I have enough trouble memorizing pieces for The Nature of Things,” he says. “A whole play, I couldn’t even imagine.”

A year later, however, Jain and Suzuki met for coffee in Toronto. The get-together was supposed to last 30 minutes. They ended up chatting for two hours and came up with an informal plan to tell Suzuki’s story on stage — on one condition: Suzuki’s wife, Cullis, would have to be involved. “I thought for sure she would turn it down,” Suzuki says with a laugh. But Cullis — a former Harvard professor, writer and environmentalist — loved the idea.

David Suzuki stars in a new film that asks: What if we loved the planet as much as we love our families?

Jain and Fernandes spent nearly three weeks with Suzuki and Cullis at their home in British Columbia learning about their lives and flipping through old photo albums. “It was a delightful process,” says Suzuki. “All we did was talk about ourselves. Who doesn’t like talking about themselves?”

Jain was especially enthralled by Suzuki’s sense of humour. When Jain told him it could take three years to finish the play, Suzuki deadpanned, “You better hurry up. I’m 82 and I’m going to die soon.”

Jain and Fernandes distilled the conversations into a true-to-life production that gleefully breaks the fourth wall. The actors read from scripts and acknowledge, mid-play, that they are creating a play. The approach favours honesty over artifice. “The thing that I really wanted to communicate to the audience is what it’s like to spend time with these two people,” says Jain.

When the team premiered the production in Vancouver in February 2020, it became clear that the star of the show was not Suzuki, the celebrity scientist, but Cullis, the behind-the-scenes hero who came up with the idea for the David Suzuki Foundation and organized a trip that saved a swath of the Amazon from destruction.

“So much of what I do, she has been the force behind me, propping me up or sending me out, and she never gets recognition,” says Suzuki. After the show, he adds, “there was a lineup of women wanting to thank Tara. One woman was sobbing. She could hardly speak.”

As it turned out, that was the one and only live performance of What You Won’t Do For Love. The pandemic prevented the play from touring in March 2020, so Jain, who had never made a movie before, assembled a team to turn the show into a film.

In many ways, the story is well suited to cinema. The filmed conversations take place not on a stage but in a variety of intimate settings — in Suzuki and Cullis’ living room, around their dining table, in a backyard garden, and on a porch with a mountainous vista — that provide a glimpse into their lives.

What You Won’t Do For Love is available to stream online between Dec. 3 and 19.

Jain is eager to tour the live show to several Canadian cities in 2022. There’s just one hitch: in an effort to minimize their carbon footprint, Suzuki and Cullis no longer fly, so they’ll need to find another way to travel across the country.

Nobody said saving the world through theatre would be easy.

Sabrina Guzman Skotnitsky paints the way out of climate grief

Thank you for this- so

Thank you for this- so inspiring. I look forward to watching the movie.