Vancouver Island's Crowtographer captures one of nature's most misunderstood birds 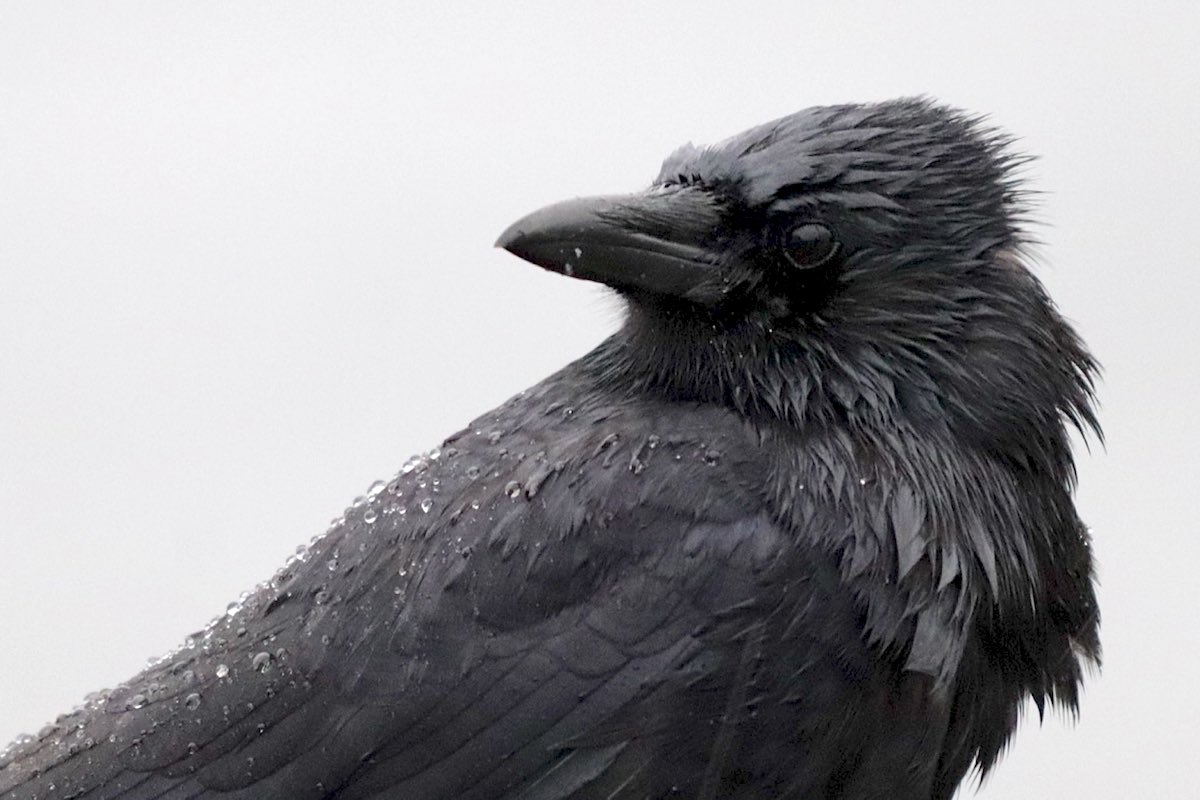 Colleen Wilson, better known as The Crowtographer, has social media followers from around the world who are fascinated by the clever corvids. Photo by Colleen Wilson
Previous story
Next story

Crows are my jam.

The Campbell River photographer isn't alone in her obsession with the jet-black birds — both common as muck and extraordinary in equal measure.

People have flocked to Wilson’s social media pages, which boast 43,000 followers and a myriad of photos of the curious, intelligent and often pesky member of the corvid family.

“There’s just so much about crows,” said Wilson, better known by her pseudonym The Crowtographer.

“There’s the esthetics of them. Anything that is black is challenging to photograph, and the way light plays off crow’s feathers is really fascinating.

“And each crow, in my experience, has its own unique personality, and my goal when I take pictures is to window into that — that expression, that intellect — to try to capture a little bit of the essence of the animal.”

Growing up in Manitoba, Wilson had always been interested in ravens — the crow’s family nemesis. So, after getting her camera more than a decade ago, she looked around her urban environment in B.C.’s Lower Mainland and the most abundant and obvious subjects were crows.

One secret to her compelling photos is the bond she develops with the animals, she said. Crows, which are often wary and skittish, relax in her presence, make less raucous noise and come closer once they realize the camera isn’t a threat.

A Vancouver Island photographer, better known as The Crowtographer, has attracted 43,000 followers on social media by focusing on the curious, intelligent and often pesky member of the corvid family. @Crowtographer #corvids #BCBirds

“It sounds silly, but I got to know the crows in my neighbourhood and built a relationship with a crow that I call Dave.”

Dave had nested nearby Wilson’s apartment. She would go out after work and on weekends and carry peanuts. Dave got increasingly curious about Wilson and developed a fondness for shelled snacks.

“It just developed into this incredible relationship where this bird knew what time I would leave for work and would fly beside me down to the SkyTrain station,” she said. “And he’d be waiting for me when I came home.”

Two years in, Dave, who might well have been a female, brought his offspring to meet Wilson.

“It led into this seven-year bonding experience with this family of crows, and it was absolutely amazing.”

Wilson, who moved to Vancouver Island a couple of years ago, is now forming new relationships.

Wilson is socializing with a crow named Chad, who she calls a “bit of rock star” that always has an entourage with him.

“He’s the crow that pushes others out of the way to get to me first.

“He’s a larger-than-life personality and a bit of a show-off, but he’s extraordinarily calm with me.”

Crows often get a bum rap for bad behaviour, Wilson said, noting some people are mistakenly afraid of them.

‘They think about them in the context of things like Hitchcock's The Birds, that they're aggressive, they're scary,” she said.

“If they're swooping, or they're behaving in an aggressive way, there's usually a reason for it.”

Most of the time, crows are just protecting their young and want people to move off, she said.

“If there's something big and scary threatening your offspring, wouldn't you want to shoo them away any way you could?”

John Marzluff, a well-known U.S. avian researcher, author and specialist in corvid behaviour, says the crow’s undeserved and ominous reputation as a harbinger of doom is rooted in centuries-old perceptions.

“The idea that a group is called a murder of crows is probably because they feed on dead animals — they’re scavengers,” Marzluff said.

“Including dead people in Europe in the Middle Ages, so they became an omen of bad luck or death.”

While not actually murderous, the birds can be annoying, he said.

“They can get into trouble a lot. They do rip into our trash and spew it around and poop a lot on places we don’t want them to,” Marzluff said.

“And you know, they're not a quiet bird.”

But they are a charismatic and intelligent one that many people find intriguing, he said.

Crows have adapted and thrive from living in close contact with humans, especially in urban environments, Marzluff said, adding by reducing coniferous forests on the Pacific coast, we have shaped the environment to the birds’ benefit.

Plus, we interact regularly with crows, and they exhibit social behaviour similar to humans, which makes them very relatable, he added.

“And they're smart and clever, of course, and they do different things that surprise us.”

One of the reasons crows do well alongside humans is their ability to adapt and learn things as well as remember them, he said.

“It’s their ability to learn about dangers and react to them appropriately that allows them to live with us,” he said.

Windows are the second-largest killer of most birds (besides cats), yet crows rarely hit them, he added.

Crows will see other birds hurt or injured by windows, humans or cars and will react to the alarm raised by family members or peers.

In experiments with individuals that crows experienced and identified as dangerous, the birds would scold the threat and others would join in, he said.

“They take it on trust that's a dangerous person and I need to be careful and probably sound the alarm the next time I see him on my own,” Marzluff said.

Threatening individuals can be identified long after the birds that actually experienced the negative interactions are around.

Crows also learn beneficial behaviours, with some breeds such as the New Caledonian crow using tools in the wild on a regular basis.

“They solve problems, learn to utilize new foods and new places to nest,” he said.

“But the crows have a really extensive vocabulary … with a lot of different calls that mean different things.”

Scolding can signal danger, soft calls promote bonding, while others help locate one another, co-ordinate action or drive off outsiders.

“Each crow's voice is unique, like ours, and they raise or lower the pitch, the tone of their voice, depending upon their motivation, anger or fear,” Marzluff said.

“There’s a lot of variability in that noise, which is conveying an awful lot of information, much as we do (when talking).”

The birds are also known to collect baubles or shiny things — such as rings, fishing lures or bits of glass — and occasionally leave them for humans who feed them, he said.

It’s possibly a habit they enjoy due to success in their environment.

“Crows are good at what they do, so they have free time,” Marzluff said, adding many other animals are constantly preoccupied with feeding or surviving.

“They live in rich areas with lots of food and have time to goof around, so they pick up things that are interesting.”

It may be younger birds are testing out whether items can be eaten or used for something, he added.

People are also really just drawn to how expressive crows are, he added.

“They look at you, and you can kind of read their intention, although I think a lot of times, we may not do it accurately,” he said.

“Whatever it is, we kind of read those signals in crows, which is not the case in a lot of other birds, which just kind of seem static.”

Wilson says people around the world have responded to her crow images with their own photos, memories and experiences.

“So many amazing, amazing stories have been shared with me,” she said.

Some even write to say her crow photos have changed how they view the birds for the better.

“It’s always the highest praise I could possibly get,” she said.

“I think it's really important that people understand these animals.”

Crows are amazing. I notice

Crows are amazing. I notice that not only do they know exactly how far they need to hop to not get hit by cars (unlike say squirrels, bless their moronic little hearts), sometimes they actually make use of them. I saw this one crow hop up from the curb and spread its wings just as a car was arriving, using the car's bow wave of air like an updraft to lift it into the air without having to, you know, do the work of flapping. It's not just the cleverness, ya gotta admire the spunk, you know?
I imagine it thinking "Like, huge onrushing masses of metal controlled by creatures hundreds of times my size . . . yeah, impressive, whatever. Now what's in those things for me?"