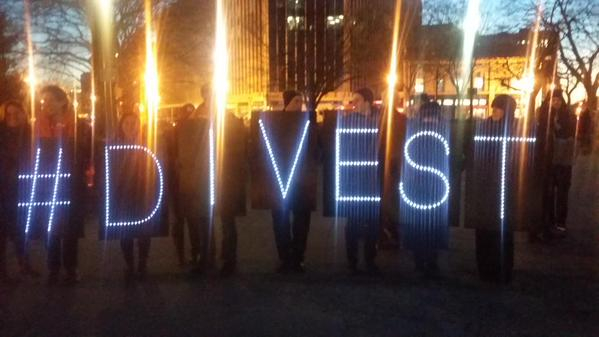 The fossil fuel divestment movement has scored a series of high-profile wins this year, with the Caisse de dépôt et placement du Québec and Montreal-based Laurentian Bank of Canada among the major institutions that have announced they’re selling their holdings in oil and gas companies or refusing to fund their operations going forward. But the biggest fish in the sea remains the one they can’t seem to hook just yet: the Canada Pension Plan Investment Board.

With nearly $550 billion in assets under management and more exposure to Canada’s oil and gas industry than any other institutional investor in the country, it’s the holy grail for pro-divestment campaigners. And based on its most recent statement, they appear to have their work cut out for them. Rather than selling its shares in Canadian oil and gas companies, the CPPIB seems determined to use its financial clout to hurry them down the road towards net-zero emissions as quickly and efficiently as possible.

In addition to oil and gas, it plans to invest strategically in sectors like agriculture, chemicals, cement, steel, power, and heavy transportation, all with an eye to rewarding companies that innovate the fastest and drive down their emissions the quickest.

“Under our new decarbonization investment approach, we are seeking to identify those companies that offer the greatest potential to build value through their transition, regardless of sector,” it said in a paper outlining its new strategy. “As such, CPP Investments may buy and hold promising companies with significant carbon footprints if we believe they are fundamentally undervalued and there is an opportunity to build value by helping them accelerate their decarbonization.”

To those in the climate community, this might seem like a long-winded way of saying that they’re capitulating to industry and the status quo. But that ignores the more complicated reality of what divestment can and can’t achieve, especially when it comes to the oil and gas industry.

As OPEC successfully manages the oil market higher, and prices continue to rise, these companies are seeing huge increases in their cash flows — ones they can use to pay down debt and return capital to shareholders. If these sorts of prices continue, said companies won’t be nearly as dependent on Wall Street and Bay Street as they used to be for the debt and equity issuances that fund their operations, and they could start to tune out the demands of ESG-minded investors. The longer those investors wait to use their leverage, in other words, the less influence they will have.

It also ignores the role large institutional capital providers can play in shaping corporate behaviour. As I’ve written in the past, there’s a different kind of golden rule at work here, which is that the people with the gold make the rules. Instead of cutting ties with the industry, banks and other large financial institutions should use their proverbial gold to make new rules, ones that reward the companies that most aggressively lower their GHG emissions and punish those that don’t. If a company achieves certain climate targets, they should be given a lower cost of capital — one that will allow them to outcompete their peers and grow their market share, all other things being equal.

That’s already happening at the edges of the industry.

Buried in the fine print of a recent announcement of a corporate takeover by Tamarack Valley Energy are details about a so-called “sustainability linked lending facility” it picked up in the deal. It gives the company access to $100 million in borrowing capacity at rates determined in part by how well it does on three “sustainability performance targets”: GHG emissions, decommissioning old wells, and increasing Indigenous workforce participation. Those targets, if met, can reduce the company’s cost of borrowing by up to five basis points (0.05 per cent) and increase it if they’re missed.

And while five basis points aren’t big enough to single-handedly change the company’s behaviour, it’s a step in the right direction. Imagine what would happen if banks were lending through facilities that offered inducements of up to 50 basis points or more.

Opinion: Instead of cutting ties with the industry, banks and other large financial institutions should use their proverbial gold to make new rules, writes columnist @maxfawcett. #Oil&Gas #FossilFuelFinancing #DivestMovement

It’s easy for activists to push for blanket divestment from the oil and gas industry, and it’s understandable why many financial institutions are willing to do it. Right now, divestment is the easy way out, especially for the managers at these institutions. Oil and gas stocks have been relative underperformers for the last decade, and their meagre returns are hardly worth the trouble of dealing with pro-divestment campaigns — or their campaigners. But retreating from the battlefield here is more a sign of cowardice than a display of courage. Dressed in the finery of virtue and principle, it’s really about avoiding the hassle of having to fight.

Instead, we need the stewards of our shared capital to use their influence and power for good. The CPPIB is best suited of all to do this, given the role it plays in funding our retirements. It has a clear and vested interest in the future, and it should want to protect the rest of its portfolio — and ours — from the potentially catastrophic impact of climate change.

The best way to do that isn’t by bailing out of positions in high-emitting companies and buying more shares of Shopify or Rogers. It’s by staying in the fight and using its influence to shape behaviour in the sectors and companies where it matters most.

For now, at least, the CPPIB seems to understand that.

This may be a bit of wishful

This may be a bit of wishful thinking. Lowered production emissions do not address the combustion of fossil fuels, whether used domestically or exported, whereupon the use of these fossil fuels become some other country's problem. How convenient.

Exactly. You can buy shares

Exactly. You can buy shares strategically in various industries that emit and then push them to innovate towards ways of doing their stuff that don't emit greenhouse gases or use fossil fuels. But if it's a fossil fuel company in the first place, moving it towards fewer emissions in the extraction and refining is just greenwashing. Fossil fuel companies need to be shut down, not invested in.
For that matter, it goes beyond the simple fact that what they produce needs to stop being produced--given their track record of fifty years or so of doing everything they can to block all positive action to save us from climate change, every step that deprives them of financial resources is a good step. "Strategically" investing in them is a terrible idea. Starve them of money.

Perhaps the writer is

Perhaps the writer is confusing ownership with lending capacity.
As banks "take the easy way out" in his opinion, the pension plan will be left with stranded assets, to the detriment of all Canadians who live long enough to retire, not to mention what'll happen to their position on the stock market and their dividends.
His logic appears to mirror that of Trudeau in buying TMX.
There is no way on earth that burning oil can be environmentally sustainable, regardless of how much energy and subsidies are wasted in greenwashing.
Time to look at the facts, instead of pipedreams.
I do find myself agreeing with Mr. Fawcett more often than when he first showed up at NO; however, his convoluted reasoning in this case requires considerable cherry-picking of relevant facts.
It's quite challenging for me to imagine how a fund operating in the best interests of its beneficiaries could possibly take the position he's advocating, paying any attention to the facts as opposed to some ideological acrobatics.
Frankly, by 1990, the oil fields were already over-contributing to warming gases ... not to mention ecological destruction and hugely negative impacts to human health.

Would Fawcett advise the

Would Fawcett advise the CPPIB to invest in the healthiest, best-of-sector tobacco companies?
Keeping the fossil fuel industry on life support means fossil fuels for longer. More emissions, not less.

Climate change represents the biggest market failure in history. It's up to government to solve the market failure. Price in negative externalities. Make fossil fuels unprofitable to produce, and prohibitively expensive to consume.

Fossil fuels are costing us our future. The price at the pump must reflect full environmental and health costs. Allowing fossil fuel producers and consumers to externalize these costs amounts to a massive invisible subsidy. We are subsidizing our own destruction.

Great article - I have been

Great article - I have been saying for some time now that universities and the like who are divesting will achieve no GHG reductions through such "virtue signaling", but to no avail. New owners of those divested O&G industry shares may not care at all about ESG-related initiatives, and their drive to focus on growth and profit could lead to more environmental damage. It would be nice to see universities who - in theory, at least - are full of smart people, become activist shareholders and take the the lead in creating and implementing innovative ESG-based initiatives. Unfortunately, it appears that divestment and the subsequent feel good pats on the back are much easier to do, and so much more likely, than the sorts of action the likes of Fawcett and I suggest.