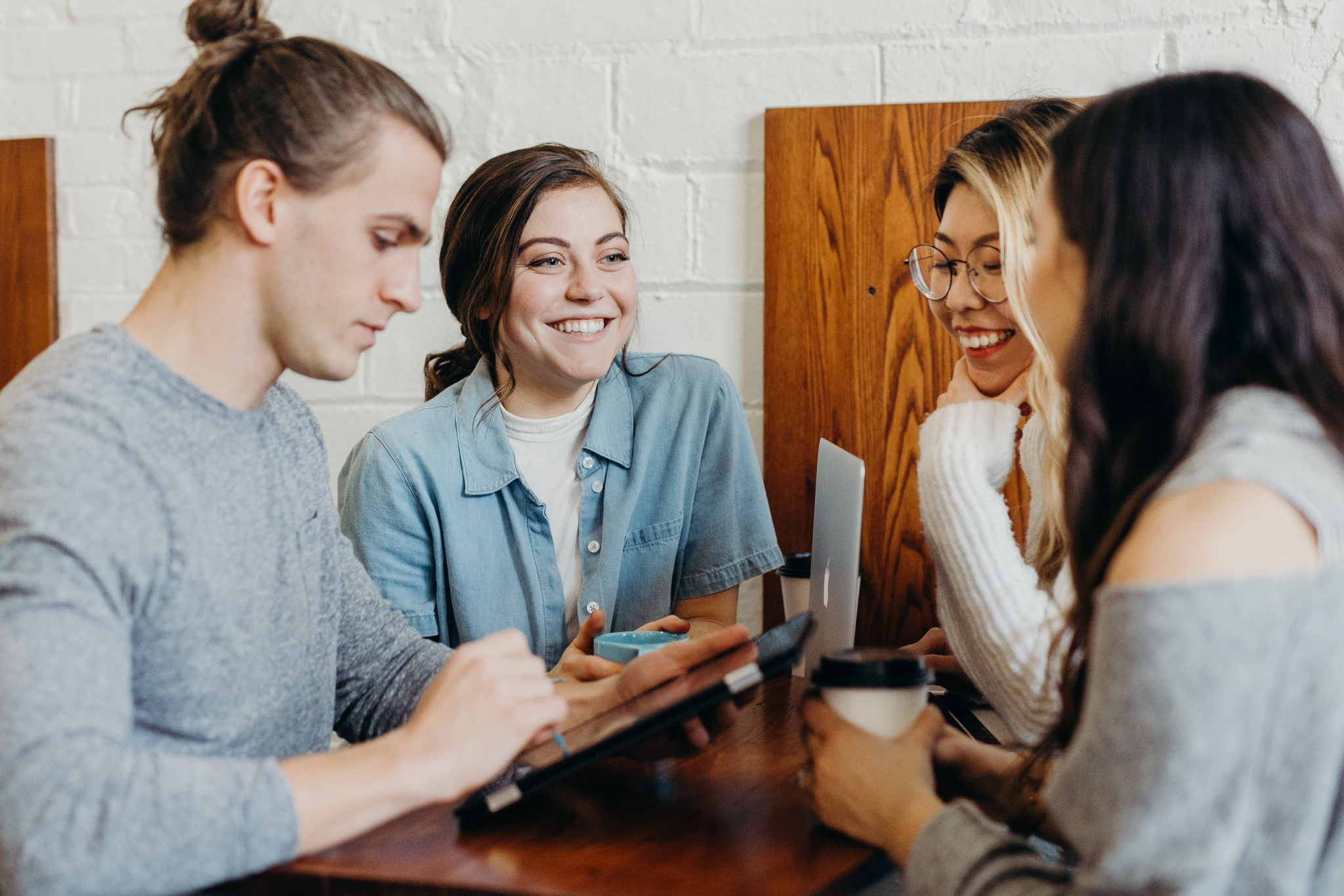 To tip the scales in humanity’s favour, the ideas and energy of youth are needed at the decision-making table — in other words, in politics. Photo by Brooke Cagle/Unsplash
Previous story

We didn’t ask to save the world. But the reality is our planet is at an “all hands on deck” stage if we want a climate-safe future, so young people like us are stepping up.

To tip the scales in humanity’s favour, the ideas and energy of youth are needed at the decision-making table — in other words, in politics. According to a recent IPSOS survey,Canadian youth consider themselves to be most capable of making progress on climate change in the next five years (79 per cent), markedly higher than their confidence in their parents' generation (55 per cent). Yet youth dissatisfaction and distrust of politics in Canada is high, as evidenced every time we have an election.

Elections Canada reports that voters aged 18 to 24 were the least likely to turn out in the 2019 federal election. Average turnout for this age group hovered just over 50 per cent compared to older demographic brackets, which all surpassed 60 per cent. Though the numbers are still being crunched, we know youth turnout dropped even further for the 2021 election due to the cancellation of campus voting programs.

It’s not just voting: less than 30 per cent of young Canadians reported having been in touch with political parties or candidates in the 2019 campaign, and youth are running for office at lower rates. In fact, new research into candidate demographics for federal elections from 2008 to 2019 shows that, where age data was available, more than 80 per cent of candidates were over 35.

This shouldn’t be a surprise. While youth are not a monolithic group, many of us feel the system has excluded and failed us, prioritizing the growth of an economy dependent on fossil fuels while ignoring the science of climate change. We aren’t fooled when politicians throw around the latest buzzwords, take half-measures and don’t back up their commitments with clear pathways forward.

It’s no wonder why some youth don’t participate on election day. Beyond not seeing ourselves represented at the ballot box — in age or diversity — each election brings countless promises to fix an unsustainable system that are too often whittled down, tossed aside or forgotten in favour of short-term priorities that help win the next election.

To gain the know-how needed to push for change, we’re both working in politics through GreenPAC’s Parliamentary Internship for the Environment Program, though our routes to getting here are very different.

(Owen studied environmental policy in university, and after graduating, felt the best way to bring about better policy was to get involved directly. Camilla’s background and future career aspirations are in corporate environmental sustainability, but what she’s learning now will help her create the collaborations that are so critical to transitioning society towards a sustainable future.)

While new on the Hill, we’re quickly realizing that many of the factors that keep youth out of politics, like entry barriers and lack of representation, also helped create the climate crisis.

We’re learning first-hand that even MPs with the vision and ambition to drive environmental change face real obstacles in their path. These barriers aren’t going to break themselves down, which is one reason why our program holds an annual FLIP Summit (Future Leaders in Politics) — to shine a light on these barriers and help youth push back through a better understanding of these obstacles.

GreenPAC’s 2.0 FLIP Summit, held this past Saturday, dug into issues like the connections between our voting system and climate progress; how candidate nomination races can be untransparent and undemocratic; and how Indigenous solutions and the right to self-determination can get overlooked as climate policy gets made.

As guest speaker Nunavut MP Lori Idlout described, politics is a “place of privilege.” And looking at the cancellation of a pipeline as a loss of revenue is a simplified and privileged lens that only sees immediate profit, but ignores the real costs of fossil fuel infrastructure, leads to environmental degradation, and ignores the United Nations Declaration on the Rights of Indigenous Peoples, which Canada has signed.

Opinion: By getting involved, youth can play a role in coming up with a better version of politics — one that stops excluding, disempowering and putting up walls against climate progress, write @CamillaStanley & @o_wilson99. #cdnpoli

We also heard from FLIP 2.0 speakers that the importance of youth involvement in politics cannot be overstated. Guest speaker Lisa Raitt, former deputy CPC leader, noted that it wasn’t the youngest party members who voted down the CPC’s resolution last year to acknowledge the reality of climate change — and that if more young people had been engaged, the outcome might have been different.

Alison Gu, Burnaby’s youngest ever city councillor (and alumna of our program), told attendees: Young people aren’t confined by the ways things have always been done.

By getting involved, youth can play a role in coming up with a better version of politics — one that stops excluding, disempowering and putting up walls against climate progress. As Amita Kuttner, interim leader of the Green Party of Canada told us after noting that change must come from the inside: “As a young person, as a queer person, as a trans person, as a racialized person, these systems were surely not built for me … so we change them. It is possible.”

This article addresses how

This article addresses how the current political system reflects our economy with business as usual and the world of work and money being the primary focus which has always excluded young people (i.e. most are over 35.) Since they are the ones most affected by current climate policies it makes sense for them to want to break in, which is a great idea.
But what doesn't make a shred of sense and doesn't bode well for this group's success is them calling on Lisa Raitt in this context when she remains stubbornly affiliated with the political party that actually voted DOWN the resolution that "climate change is real!" Never mind the fact that such a resolution was even considered debatable. They need to do their homework.

Age is not the key to

Age is not the key to political power except regarding number of connections and experience, which is a necessary and natural progression. I've been powerless all my life because I'm not corrupt, and want to help people, not stockholders.