Nipped in the bud: B.C.’s potential as a craft cannabis hot spot failing to grow 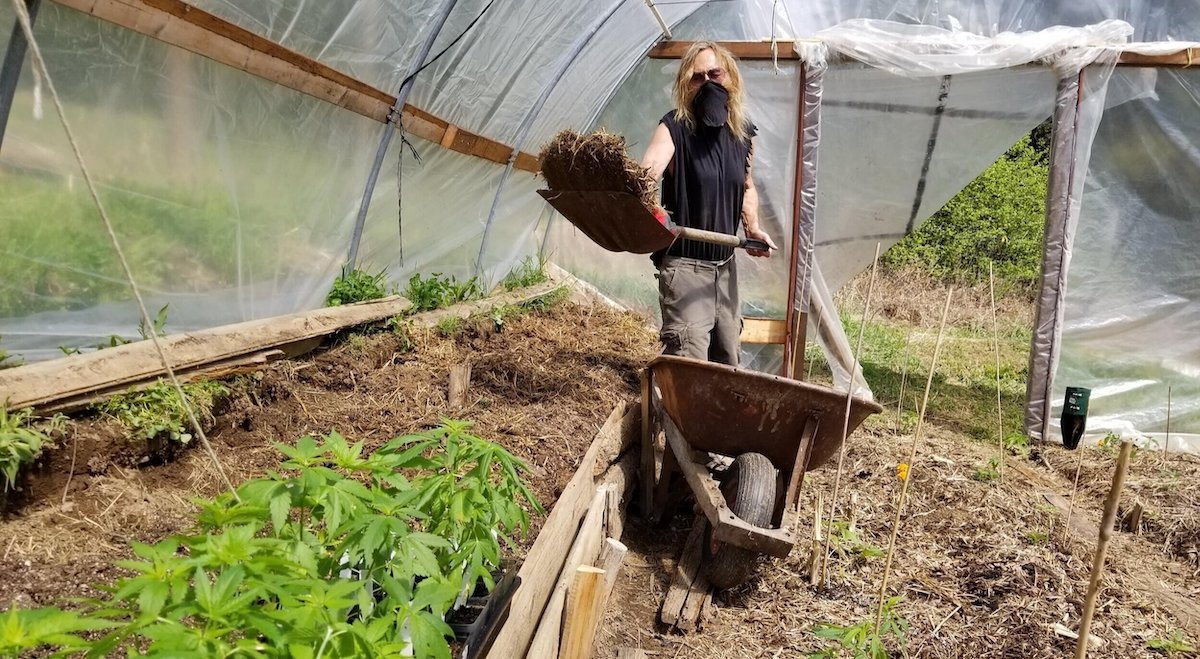 British Columbia has been a mecca for cannabis enthusiasts and growers long before the product became legal in Canada in 2018.

But the underground pillar of the province’s economy hasn’t flourished despite the hard-fought battle for legitimacy, industry advocates say.

Policy hurdles continue to strangle the life out of the dreams of small craft growers and squander the legacy of B.C. bud, said Marshall Anselmo of Grass Roots, a Vancouver Island company that markets exclusive strains of cannabis plants.

“There was a lot of hype, hopes and dreams,” said Anselmo, who helped showcase growers pre-legalization and farms cannabis with a medical licence.

“But that kind of took a pretty quick turn,” he said.

“There’s a lot of growers still in the weeds, waiting to see how things will turn out.”

There are 6,500 medically licensed growers in the province, but only a fraction have transitioned due to an over-the-top regulatory and licence regime that favours big corporations with deep pockets, said Hurford, a former policy analyst with the federal Liberals.

“We have the best farmers in the world, and they are being shut out,” he said.

“There’s a lot of growers still in the weeds, waiting to see how things will turn out,” says Marshall Anselmo @GrassRootsCraft about B.C.'s famous craft cannabis growers still not thriving in Canada's legal market.

“Everybody wants B.C. craft cannabis products, but the federal government has only approved 60 licences in the first three years of legalization.”

The federal micro-cultivation licence was conceived to encourage small farmers to access the market and allows for the production of 200 square metres of cannabis.

But the risk and price tag associated with applying for the licence are immense, and growers can't make a return with such a small footprint, Hurford said.

Anselmo agreed, noting it can cost $500,000 to $1 million with no guarantee of approval.

Municipalities, in charge of zoning regulations, have veto power, and a micro-grow facility must be fully built and production-ready before getting its final approval from Ottawa.

Combine that with declining marijuana prices and the skyrocketing cost of property in B.C., and small growers have a hard hill to hoe, Anselmo said.

And craft growers don’t have direct access to consumers who typically want to buy local quality cannabis from growers they know — like they did before legalization, he added.

Craft growers must use the BC Liquor Distribution Branch as the intermediary to get their products to retailers at prices that aren’t necessarily sustainable, Hurford said.

If craft farmers want a direct line to customers, they have to apply separately for distinct federal licences to process and/or sell their products — also expensive and onerous routes.

“It wasn’t designed with craft farmers in mind, and there seems to be some bias in the system against them.”

The BC Chamber of Commerce also recently released a report calling for changes to boost consumer access, lower regulatory costs and taxation and design markets to “unlock” the potential of B.C.’s cannabis sector.

Suggestions include allowing marijuana retailers (now able to take online orders) to opt for delivery services like Uber Eats or Skip the Dishes.

The chamber also called for the province to speed up a long-promised farm-gate program to bolster agri-tourism in rural areas, and allow small growers to market directly to customers like they do in the successful wine or craft brewery markets.

The province should also work with Ottawa to lower the high taxes tied to cannabis, and base them on percentage of sales rather than by price per gram, the report said.

“The high rates are because of the money the government also thought was going to be there,” Anselmo said.

“But although prices have gone down, the taxes have stayed the same,” he said, adding the grower, like in any agriculture venture, pulls the least profit from their produce in the supply chain.

Ottawa should also consider taxing at scale, he said.

“Small micro-growers are getting taxed at the same rate as multimillion-dollar corporations.”

Some things both the province and federal governments can do is help with financing since banks are still reluctant to provide loans to the cannabis sector, Hurford said.

“Farmers have no access to capital and the banks won't touch them normally, and it’s very difficult to get insurance,” he said.

Governments need to provide economic development financing and invest in capacity, training, environmental technology and back underrepresented groups such as First Nations or women entrepreneurs as they would in any other emerging sector, he said.

The province has promised it will roll out the farm-gate program in 2022, but it’s been a long time coming, Hurford said.

“It's a good policy, but it should be rolled out much sooner,” he said.

“How many opportunities have we missed, especially in rural B.C. where it’s been such a difficult year?”

Regardless of the growing pains, Anselmo still has high hopes for B.C.'s craft growers long term, who have the benefit of being a respected, tight-knit collaborative group dedicated to growing the very best products.

“The market has still got to figure itself out, it’s only three years old,” he said.

“Stick B.C. on the label, and people are going to check it out.”

Weed isn't as green as you think

I'm of two minds on this

I'm of two minds on this topic. I sympathize with the startup but I'm also happy that regulations exist to provide safety measures. Imagine the state of the liquor industry if we had every Joe and Mary wanting to make hooch to sell without strong regulations.

At any rate, this process is going to take much longer to iron out.