After watching racialized students bear the brunt of the pandemic, Farheen Alim jumps into politics 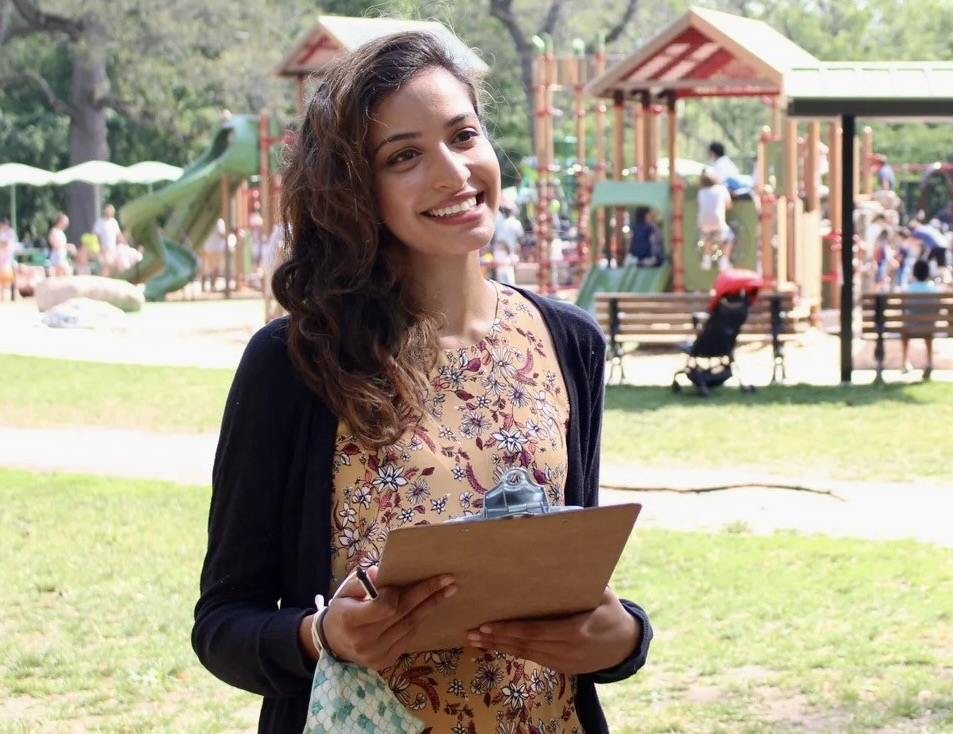 Farheen Alim is running for the NDP in the riding of Etobicoke-Lakeshore in the June election in Ontario. Photo supplied by Farheen Alim
Previous story
Next story

Millennial Politics is a series about young political candidates. We discuss their political origin stories, passions, and thoughts on issues facing millennials and Gen Z voters ahead of the Ontario provincial election.

Raised as a daughter of immigrants, it was drilled into Farheen Alim, 31, that education was the great equalizer in society. The lessons of Alim’s parents, who immigrated to Canada from Bangladesh only a few years before she was born, inspired her to pursue a career as an educator, and now Alim is running for the Ontario New Democrats following the repercussions of education cuts on herself and her students.

After years working towards a permanent position in a competitive GTA teaching market, she finally landed one. And then Doug Ford’s education cuts arrived.

“Ford went on and on about how a single teacher won’t lose their jobs, and then hundreds of teachers across Ontario were laid off, myself included,” Alim told Canada’s National Observer. “Suddenly, my job security was gone.”

Alim didn’t resign herself to mere substitute teaching; she used the layoff to enrich herself. She took a working holiday in New Zealand where she taught and travelled. It was good timing, she said, noting she arrived a few months before the pandemic started. And it was in Jacinda Ardern’s New Zealand where she experienced the realities of a progressive government.

“It was such a contrast going from Ford’s Ontario to Jacinda’s New Zealand. I wasn’t even a citizen and I was paid to stay at home. Their government really cares about taking care of people rather than corporations,” she says.

In 2019, New Zealand had what it called a youthquake, where dozens of Gen Z and millennial candidates won seats in all levels of government, some as young as 18.

“A big wave of young people decided to run in New Zealand, and that’s one of the first times I thought electoral politics was possible,” she says. “If it could happen in New Zealand, why not in Ontario?”

“Proportional representation allows for more diverse voices because it’s not a winner-takes-all,” she says. “You can vote with your heart in New Zealand, there’s no such thing as strategic voting.”

Raised as a daughter of immigrants, it was drilled into Farheen Alim, 31, that education was the great equalizer in society. #ONpoli #OntarioElection #NDP #MillennialPolitics

A representative from the Ontario NDP said the party supported electoral reform in its 2018 platform, but couldn’t comment on the 2022 campaign platform until its release.

Alim returned to Ontario later in 2020 when a pandemic-caused teacher shortage hit the province. She landed a permanent position teaching English as a Second Language at a high school in the Peel District School Board. She says many of her students are new Canadians, working-class, and on the front lines of the pandemic while living in multigenerational households, often in small apartments.

“I really care about being a teacher, but last year it was horrifying seeing my students get sick, their families get sick, and just seeing the government not care, or not do anything to keep these people safe,” Alim says.

Alim saw the dire effects of Ontario’s lack of mandated paid sick days. Her students bore the brunt of the pandemic when their parents caught COVID-19 at their workplaces, which then spread to other members of the household, she says.

Alim says she petitioned for paid sick days in her area to no avail. She pointed the finger right at her riding's incumbent, MPP Christine Hogarth: “She voted against paid sick days dozens of times, and it’s maddening because what else am I supposed to do?” she says.

Alim did what she could. She taught a lesson revealing how governments are overrepresented by often older, largely white, and mostly male politicians — a stark contrast to both the general population and Alim’s classroom.

“Do you think an old, white man in government understands your experience?” Alim asked her students. “Do you think they can properly represent you?”

“Politics need more people like you,” she said, finishing her lesson.