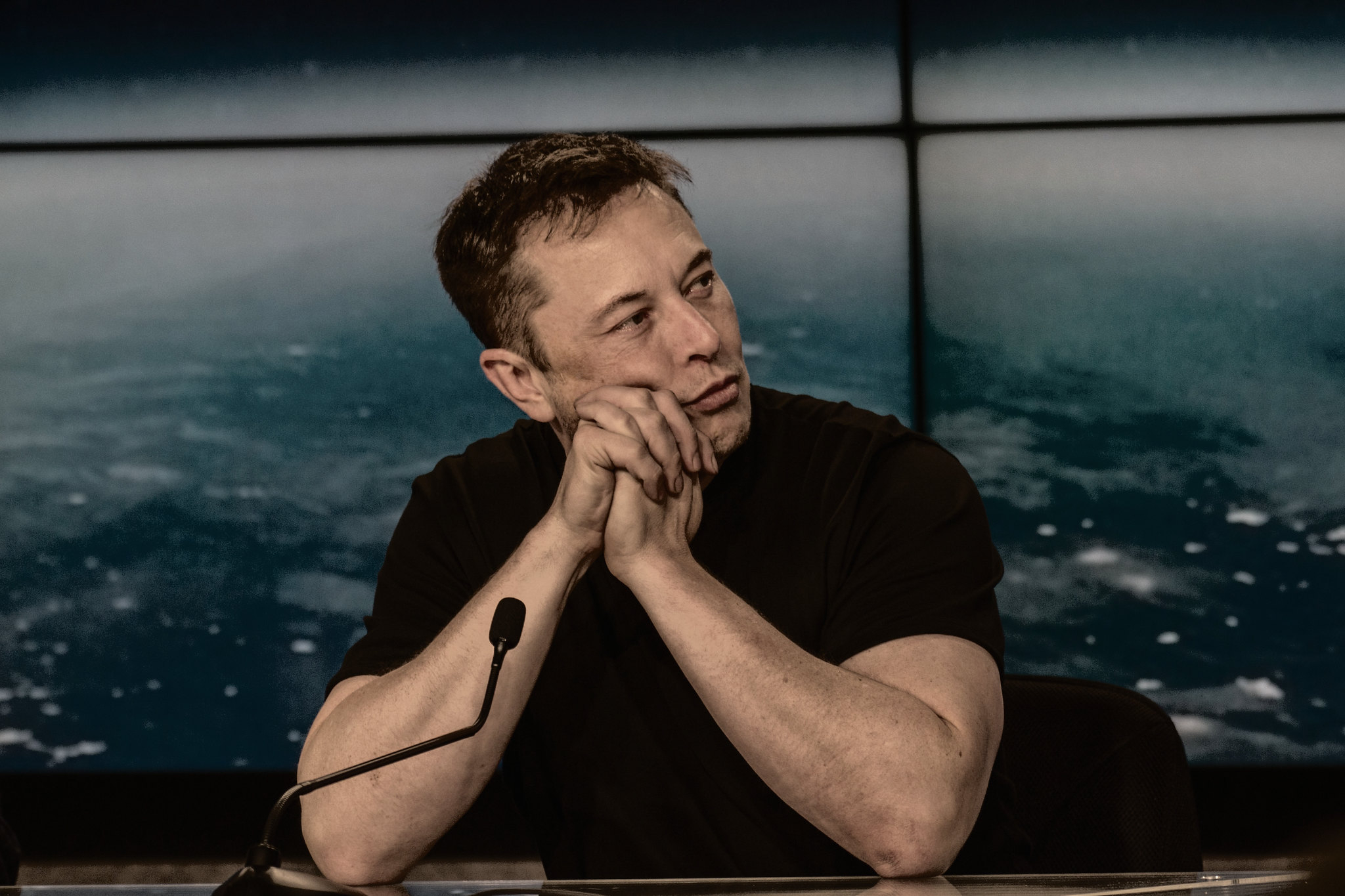 Now, the question is whether his bet on the social media company will pay off for him — and what it will mean for the rest of us, writes columnist Max Fawcett. photo by Daniel Oberhaus/Flickr (CC BY 2.0)
Previous story

Like a lot of people, when Elon Musk first announced his intentions to buy Twitter I thought he was either engaged in high-level trolling or trying to create an excuse to sell the shares he’d acquired. Like a lot of people, I was wrong. Now, the question is whether his bet on the social media company will pay off for him — and what it will mean for the rest of us.

There is no shortage of apocalyptic predictions here, with many people suggesting it will empower right-wing politicians and further coarsen an already nasty public political discourse. There are also plenty of well-informed calls for calm and restraint, along with reminders that Twitter’s previous owners (including, most notably, founder Jack Dorsey) weren’t exactly the best stewards.

Simon Fraser University lecturer Stewart Prest captured the mood best, tweeting he was “torn between seeing the Musk Twitter news as being an overblown nothingburger and it guaranteeing the reelection of Trump, thereby putting final nail in the coffin of American democracy as we know it.”

That includes the multibillionaire who now owns it and has pledged his stake in Tesla — his first and true baby — against the money he borrowed to buy Twitter. For his part, Musk seemed to strike a less juvenile tone in his announcement about the deal. “I also want to make Twitter better than ever by enhancing the product with new features, making the algorithms open source to increase trust, defeating the spam bots, and authenticating all humans,” he said.

“Twitter has tremendous potential — I look forward to working with the company and the community of users to unlock it.”

In fairness to Musk, it’s not like Twitter is some digital Garden of Eden right now. Yes, it begrudgingly removed Donald Trump, along with fellow travellers like Alex Jones, Marjorie Taylor Greene and Milo Yiannopoulos. But it is still plagued by the influence of foreign-controlled bot farms, which have contributed massively to the spread of misinformation about COVID-19, among other sensitive subjects. There is a chance that a privately owned Twitter won’t feel the same need to artificially inflate its user data with them as the publicly traded one did and could therefore kick them off the platform entirely.

Musk’s Twitter takeover isn’t without its potential pitfalls, especially for progressives on the platform who worry about the return of Trump and his hurricane of hatred and misinformation. They’re also right to worry about what a Musk-owned Twitter might do with the direct message histories and other potentially sensitive user content it can access. His willingness to use his clout to advance far-right movements like the trucker convoy that occupied Ottawa in January should give just about everyone pause.

But those worries aren’t best addressed by waiting for a different billionaire to swoop in and save the company from Musk, as many people seemed to hope would happen. There is no such thing as a benevolent billionaire, and that’s especially true when it comes to something as fundamental to democracy as the flow of information. As dangerous as Musk might seem to that flow, he has a long way to go before what he’s doing can even be compared to the chaos Mark Zuckerberg has already wrought.

In his opening salvo of his campaign to take over Twitter, Musk described it as the “public square” of democracy, one that should be free of censorship or constraints. He’s not completely wrong about that, given the role Twitter plays in shaping our understanding of current events. But his attitude towards free speech, and the degree to which it might empower the worst actors in society, is a reminder that social media companies should never have been left to govern themselves. As Bloomberg’s Timothy O’Brien wrote, “Social media companies need to do a better job of vetting the information on their platforms. Musk shows no sign of being up to that task.”

Opinion: Now, the question is whether his bet on the social media company will pay off for him — and what it will mean for the rest of us, writes columnist @maxfawcett. #Twitter #ElonMusk

Now, more than ever, they cry out for proper regulation. The challenge, of course, is that people like Musk and Zuckerberg will almost certainly use their social media platforms to campaign against any new attempts to regulate them. That’s a fight elected officials must be willing to wage — and win. The future of democracy, and the crucial role that information plays in it, is now clearly at stake.

We already know from the

We already know from the Trump debacle that there's a massive audience of truly lowlife billionaire sycophants who like to imagine they're playing with the big boys so we can only hope that this will ultimately give them enough rope to hang themselves. Also, how might someone with a literally otherworldly ego like Musk handle the possibly massive rejection by intellectuals? He's brilliant, but not exactly considered an intellectual, so with the smartest and coolest people being on Twitter, might that be his Achilles heel?
With all the talk about regulating the internet, I don't think anyone can imagine how that would actually work when it's the quintessential Pandora's box. Under current circumstances, access simply being denied, like with Max's column yesterday, seems like the only real solution to the tower of Babel that's been unleashed.

Yeah, what was that all about

Yeah, what was that all about with Max's column yesterday?

I deactivated my account yesterday. It's not as if anyone needs Twitter. As Chapelle said "it's not a real place".

Exactly, but I think this is

Exactly, but I think this is where generational stuff kicks in because the people who have been raised with the internet literally at hand have a very different perspective than us free agents, who see it as an addiction pure and simple that has been both boldly and coldly exploited for financial gain.
I read somewhere that the internet replaces religion for many young people now, so much de-programming would be required to regain perspective, as with religion.

It's a big PR challenge to

It's a big PR challenge to communicate the way blockchain technology (the means of transparency Musk is referring to), combined with authenticating every human user, can have on the content that emerges on a platform like Twitter. It's imperative to understand the extractive design - that the platform is designed to keep user's attention as long as possible. This design fundamentally rewards incendiary content. The Center of Humane Technology podcast is a great place to start to understand this issues better. They help delineate the different drivers within our social media and their impact on society. Personally, based on what Musk has said he wants to do, I think his hostile takeover is more likely to be positive for democracy than negative. May help speed the development of Proof of Humanity technology.

Interesting, but when we

Interesting, but when we start talking about speeding the development of Proof of Humanity technology, it feels like we've lost the thread somewhere.

We are everyone when it comes

We are everyone when it comes to the question - what can we do? The quality of a society depends on all of us to care enough to watch and listen to those given a chance to lead. To be leaders we need to care about the greater good, the ability to feed and show respect to all people. This is good for all of us. Those who parade for power over or some kind of greatness are trapped in the fearful win or lose binary. Leaders, real leaders encourage participation from their constituents, don't worry about winning awards, rise above the fear of criticism, and do the job.

Seems to me that a lot of

Seems to me that a lot of people confuse the concept of freedom with the concept of the law of the jungle.
And the truth would seem to be that if you have enough money, you can control both governments and militias, and when push comes to shove, the only right is to eat, fatten up, and be eaten. There are lots of "rights" on paper ... with no avenue to access them, let alone have them enforced. Unless you're rich.
Not stated in any kind of bitterness or hyperbole, just as an observation of "real life."
One of my first comments published on the internet was as an impoverished lone parent, in reference to "progressive" "advocates," having seen in some their glee when Mike Harris was elected (they seemed to think having voted for the winner made them "right,") and in others varying degrees of how the poor should be managed by their own likes, and I commented that at least the open Conservatives made it clear who they were and what they were about: no sheeps' hides and heads draped over their own forms, and that I'd rather be thrown to the wolves: at least I knew what they were.
I'm older now, wiser in a lot of ways, and having by many chosen deprivations managed to hang on to my house at a time when its market value had decreased to what it had been a decade earlier when I bought it. Nothing about the world has changed -- for what I see as change for the better, in any event. There are sometimes new whipping boys, sometimes new scapegoats, sometimes different interest groups and more and more intersectionality, to the detriment of all concerned.
Still, no one seems to understand that the divisions are whipped up by those at the top of the hierarchies, and that they are the very means by which democracy fails to reach fruition.
Nothing has changed.
Still there is rampant belief in myths and lies.