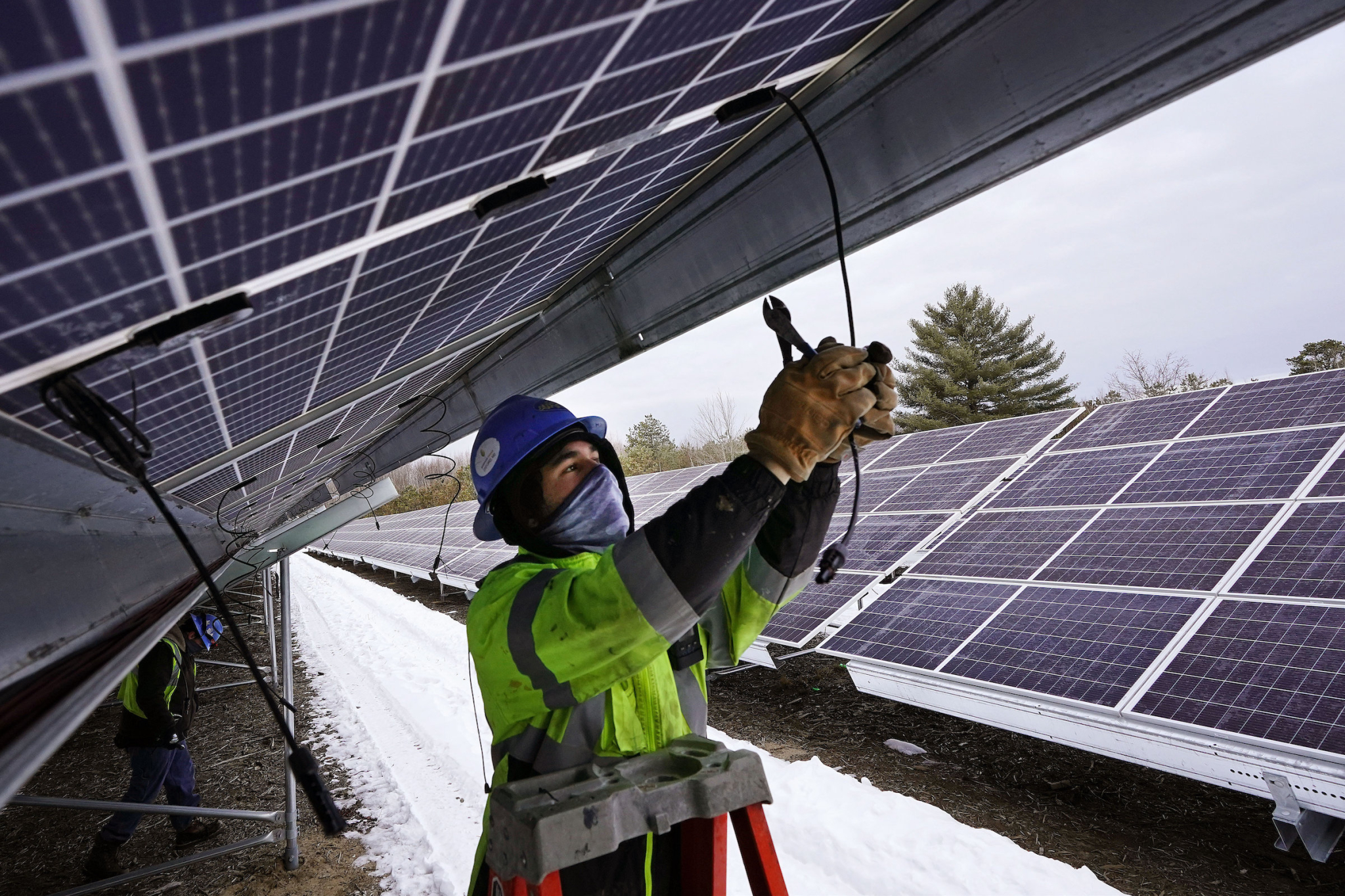 The following is a “statement” from the fictional Ministry of Just Transition, a satirical campaign launched by 350.org to draw attention to the federal government’s lack of progress on a key plank of climate action in Canada. It is written from a theoretical 2025 — the year Intergovernmental Panel on Climate Change scientists have said emissions need to peak — where a Ministry of Just Transition has been established to support the rapid transition off of fossil fuels.

It’s strange, but there was a time not that long ago when pundits and politicians debated the use of the phrase “just transition.” At the time, the term was already in such wide usage that the federal government had promised a Just Transition Act in 2019, and the governments of both Canada and Alberta had collaborated on a Just Transition Task Force for workers in Alberta’s coal sector even earlier in 2016.

In April 2022, Canada’s environment commissioner even criticized the federal government for being “slow off the mark” and taking “little action” to pass just transition legislation. But, despite all this, as climate disasters raged on and the costs of inaction continued to mount, pundits still insisted on debating the exact language used to define the necessary shift away from fossil fuels.

Pundits were a seemingly inexhaustible resource in 2022. The advent of Twitter and social media had convinced many people that their opinion was widely held or that they deserved to be the loudest voice in the room. Unfortunately, while pundits were a renewable resource, they did little to actually solve the climate crisis. Instead, they focused on critiquing the work of those actively organizing and mobilizing the public to push governments to pass the policies we needed to safeguard a livable future. Policies like the Just Transition Act that, when passed in late 2022, established this ministry.

That act was passed with widespread popular support, building upon the two-thirds of people in Canada who supported it back in 2021. It did so by delivering the kind of scaled-up response to climate change that was needed in a year when multiple Intergovernmental Panel on Climate Change reports sounded alarm bells on the need to end all fossil fuel expansion and rapidly accelerate the shift to a clean energy economy.

This included the establishment of the Good Work Guarantee, a green jobs program that guaranteed well-paid, unionized work to everyone who needed it. This was particularly important to pass in 2022 when rising inflation and economic anxiety threatened to fuel a surging far-right movement that was turning working people against their own interests, and scapegoating migrants and Indigenous peoples.

We have done so much more since then — much of which is detailed in full on our website at transitioncanada.ca. And we couldn’t have done it without an organized and mobilized public, something that, unfortunately, our governments didn’t recognize in 2022. We spent too much time thinking about how to mollify fossil fuel executives and petro politicians. We thought the conversations we were having on Twitter were the real world.

And, perhaps most regrettably, we put far too much stock in the opinions of pundits and far too little in the power of everyday people.

That’s why today, our ministry is committed to mobilizing the public to tackle the climate emergency, not arguing about what we call one of the most important pieces of legislation in tackling the climate emergency. And we certainly don’t waste our time demonizing climate organizers to placate our own egos because, in the middle of a crisis, that would just be ridiculous.

This statement is from the obviously satirical Ministry of Just Transition that 350.org launched as part of its campaign to pass the Just Transition Act. Videos and web content produced by the ministry all clearly state: “This isn’t real, but it should be.” Sure, there is a moment of disbelief, but that’s because the demand for a Just Transition Act is so reasonable that it’s something our government really should prioritize.

Opinion: The point of satire is to point out ridiculous things — like a government claiming to be a climate leader and investing billions of dollars in fossil fuel expansion. #Satire #MinistryOfJustTransition #ClimateCrisis

Because let’s face it, if disinformation is truly the concern here, we could start by tackling the myth that tarsands expansion and climate action can both happen. Or we could talk about the false claim that carbon capture and storage is an effective, efficient tool to rein in the growing fossil fuel emissions. Or, perhaps we could ask for proof of the Liberal government’s long-standing claim that Trans Mountain would pay for a transition now that the pipeline’s price tag is north of $21 billion.

The simple fact is that the status quo climate politics in Canada is kind of ridiculous, and sometimes the best way to point out something ridiculous is to make a joke. Unfortunately, politics and punditry don’t always require a sense of humour.

Since in face of obvious climate impacts blatant science denial does not work anymore, the fossil fuel industry, Corporate Canada, and the govts they control have been forced to change tactics. Denialism 2.0 is "delayism". Promoting complacency, obstruction, and inaction.

"The term 'denialism 2.0' was introduced to describe the current stance of the fossil fuel industry towards climate change, having moved from pure climate denial in the 1980s and 1990s to the illusion of progress."
Climate Change Inaction In Canada: Political Subsystems And Policy Outcomes In The Oil & Gas Industry, 1999-2019 (2021)
https://yorkspace.library.yorku.ca/xmlui/bitstream/handle/10315/38466/Vi...

Maybe climate shouldn't be treated as a joke.