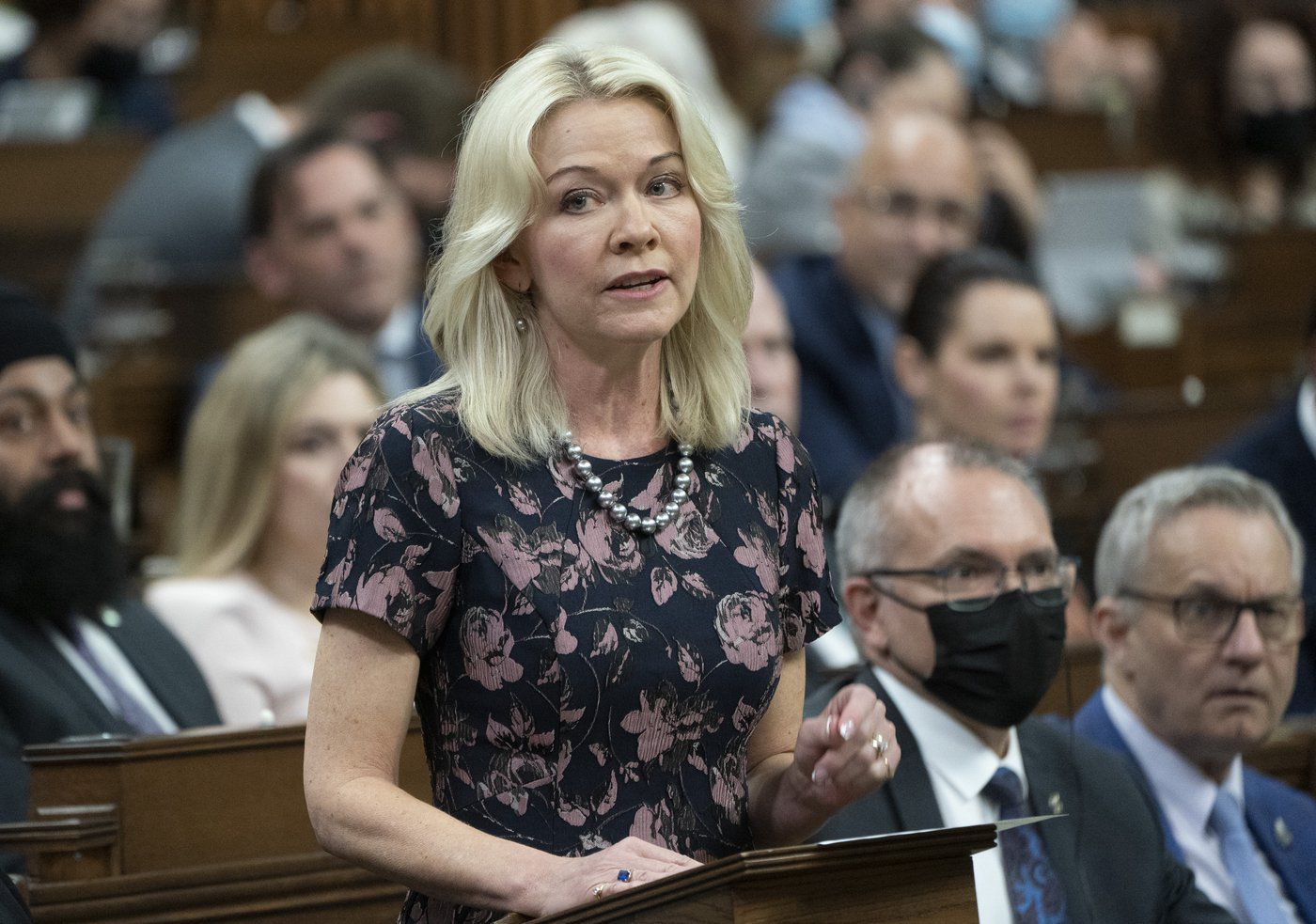 A push from the Bloc Québécois for the House of Commons to confirm the right to an abortion failed Tuesday, as Conservative MPs were warned against commenting on the U.S. Supreme Court draft opinion that has thrown the issue back into the domestic spotlight.

Canadian leaders are among the millions reacting to the news first reported Monday by Politico of a leaked draft opinion by the U.S. top court, suggesting it could overturn the landmark 1973 Roe v. Wade decision that legalized abortion countrywide.

"We’ll never back down from protecting and promoting women’s rights in Canada and around the world."

The draft decision south of the border also prompted Bloc Québécois deputy House leader Christine Normandin to present a unanimous consent motion after question period confirming that a woman's body is hers alone, as is her decision to have an abortion for whatever reason.

When she did, some shouts of "no" echoed from the chamber, meaning the motion wasn't adopted. Normandin said afterwards she believed opposition came from the Conservative benches, as did the Liberals.

Earlier that day, Conservative MPs and senators were warned by the office of interim leader Candice Bergen to avoid making any comments on the draft opinion. The Canadian Press obtained a copy of the one-sentence memo.

It is not uncommon for the leader's office to ask MPs to refrain from commenting on certain issues. In this case, Bergen said in a statement, MPs were told to stay silent because it would be inappropriate to comment on a matter for the U.S. courts.

Abortion nonetheless remains a thorny political issue for the Conservatives. The party is in the middle of a leadership race in which anti-abortion groups are mobilizing to back candidates who oppose the procedure, including Campaign Life Coalition, which welcomed the draft U.S. ruling.

Many Tory MPs also oppose abortion and have brought forward different private member's bills over the years to try to tighten access.

The last time that happened was June 2021, when 81 out of the party's 119 MPs voted in favour of a proposed bill from Conservative Saskatchewan MP Cathay Wagantall to ban so-called sex-selective abortions that she said targeted girls.

That bill was defeated by the Liberals, NDP and Bloc, but among its supporters was Bergen, who was deputy leader at the time.

Foreign Affairs Minister Mélanie Joly said Tuesday that Tory leadership hopefuls were courting the "anti-choice" vote at a time when Canada needs to guard against any "backsliding" of abortion rights.

Ontario MP Leslyn Lewis, who is anti-abortion, is among those heavily favoured by social conservatives in the leadership contest. She is running a campaign that includes what she calls a "No Hidden Agenda" plank in her platform, which includes promises to ban sex-selective abortion and stop funding abortion services overseas.

A campaign spokesman on Tuesday said she wouldn't comment on the draft decision because it isn’t final.

At least three Conservative leadership hopefuls did wade into the debate, with one warning against Tories once again finding themselves on the receiving end of attacks from the Liberals on the abortion issue.

"While this is a U.S. decision, in its wake it's important for leaders to commit to protecting women's rights," Patrick Brown, mayor of Brampton, Ont., said in a statement.

He went on to say the draft decision gives Trudeau's Liberal government — which brokered a deal with the federal NDP to stay in power until 2025 — "a lifeline to extend their power far beyond 2025, by making Canadians afraid of Conservatives."

"Abortion in Canada should be safe, legal and, in my personal opinion, rare," Brown said, adding he would usher in policies that encourage adoption and support parental rights.

Rural Ontario MP Scott Aitchison released a video voicing his support for a woman's right to choose, saying any efforts to prohibit abortion access would hurt them and families as a whole.

"The vast majority of Canadians do not want this issue reopened."

Roman Baber, the independent MPP from Ontario also in the running, said he supports "diversity of opinion" within the party, including on matters of conscience.

Pierre Poilievre said late Tuesday that “a Poilievre government will not introduce or pass any laws restricting abortion.”

Bergen pushed back Tuesday against criticisms about her party's stance on abortion. She said access to the procedure was not restricted when Conservative prime minister Stephen Harper was in power, and accused Trudeau of using the issue to divide Canadians.

In spite of her own support for the past sex-selective abortion bill, Bergen said "the Conservative party will not introduce legislation or reopen the abortion debate."

Abortion also became an issue for former Conservative leader Erin O'Toole during last year's election campaign. His platform included a pledge to protect the conscience rights of health-care workers from having to perform procedures they find objectionable.

During the election, the Liberals made a series of promises to improve abortion access in Canada, including regulating access under the Canada Health Act.

Health Canada said Tuesday that nearly $65,000 was deducted from federal health transfer money sent to New Brunswick in March because that province refuses to fund surgical abortions outside of hospitals. That month, spokesman Mark Johnson said around $6,500 was withheld from Ontario over patient charges for abortions at independent health facilities.

Freeland's office has not yet responded to requests for comment.

The Liberals' most recent federal budget did not earmark any specific funding for abortion rights.

The problem with anti-choice

The problem with anti-choice zealots is that they are "religous", which means they are permitted to lie about their means because their "religious" ends are justified.