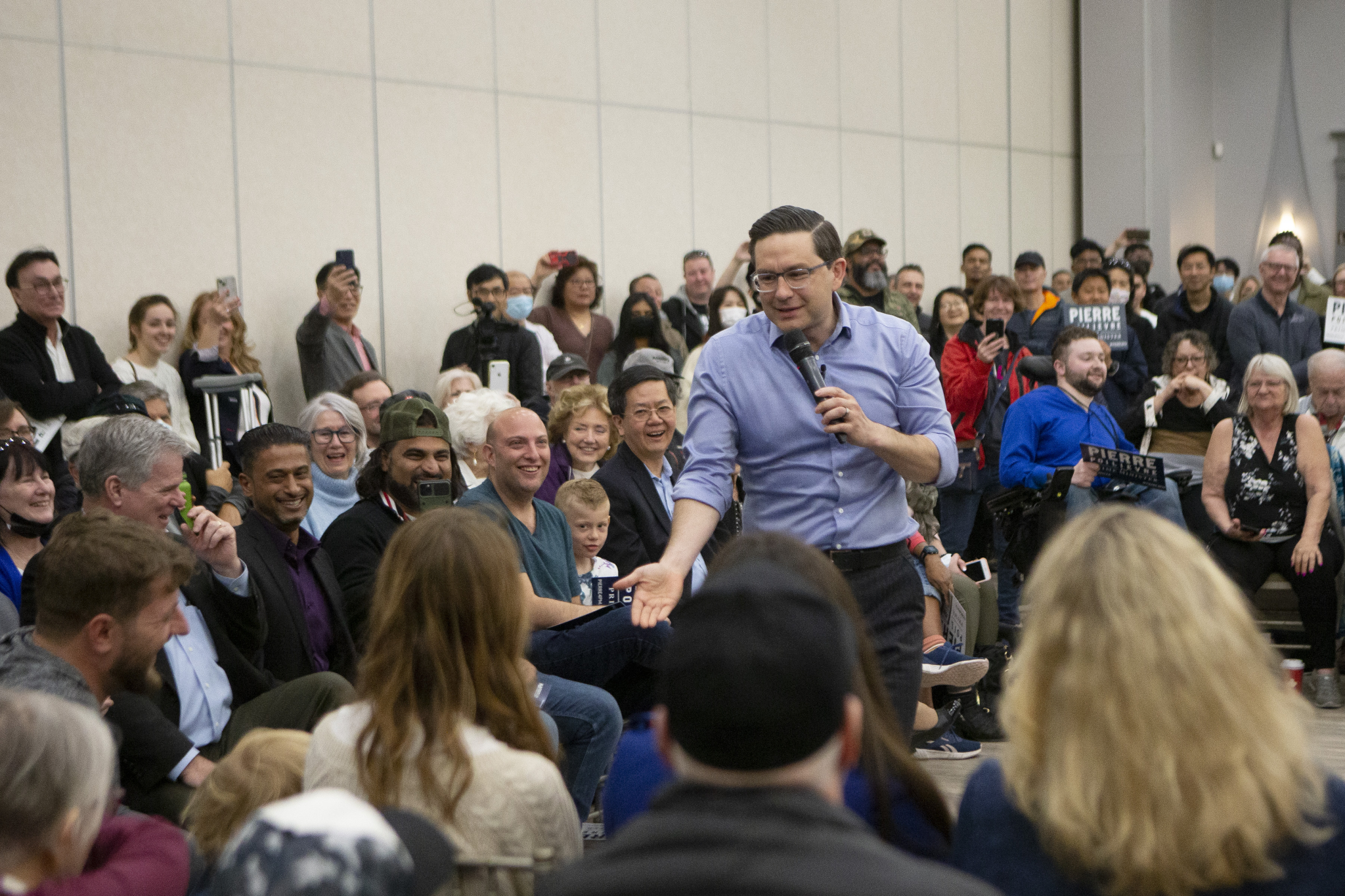 There are plenty of lessons to learn from the ongoing cryptocurrency crash, which has already vaporized more than $1 trillion in wealth worldwide. Chief among them is the inherent danger of financial speculation and the perils of concentrating too much of your wealth in one asset, a lesson investors seem to need to relearn every decade or so.

But it’s also an important reminder that financial regulations are more than just so-called red tape, and the people who enforce them aren’t “gatekeepers,” as Conservative leadership hopeful Pierre Poilievre would say. Instead, they’re often the ones protecting us from our own worst instincts — and the predators determined to profit from them.

It was only a few weeks ago that Poilievre was touting cryptocurrencies as a way to “opt out” of the inflation he alleges is being caused by the Bank of Canada. “Government is ruining the Canadian dollar, so Canadians should have the freedom to use other money, such as bitcoin,” he said in late March. “Canada needs less financial control for politicians and bankers and more financial freedom for the people. That includes freedom to own and use crypto, tokens, smart contracts and decentralized finance.”

This freedom has already come at an enormously high cost for anyone who listened to him and shifted their assets into crypto. If they put their money in Terra, a self-described “stablecoin” that was supposed to remain tethered to the U.S. dollar and instead crashed by 99 per cent last week, that cost could be life-altering — and not in a good way. For them, as Janis Joplin used to sing, freedom is just another word for nothing left to lose. (The value of the Canadian dollar, for what it’s worth, is down just one-10th of a penny this year.)

It’s not just the smaller cryptocurrencies that have gotten whacked. As Postmedia’s Kelly McParland said in his column, “Bitcoin, the most popular cryptocurrency, was at an all-time high six months ago. Now it’s worth half as much. Wise people don’t bet the economy on such things.” Wise people also don’t trade in false binaries, and don’t treat government rules and regulations as deliberate impediments to freedom and liberty.

The big question now is whether the Conservative Party of Canada is going to elect a wise person as their next leader or fall for Poilievre’s infomercial sales pitch. His reckless embrace of a speculative investment like crypto should have been immediately disqualifying, and the subsequent collapse in its value (and the damage that’s done to the portfolios of his most ardent supporters) should serve as the epitaph on his career as a public servant.

Don’t bet on either happening. While an apology to the people whose financial lives he harmed would be nice, along with a clear explanation of the risks of cryptocurrencies and other forms of financial speculation, those probably aren’t coming any time soon. Instead, he will almost certainly find someone else to blame: global financial institutions, maybe, or even Justin Trudeau if he’s feeling particularly ambitious. That is Poilievre’s way.

The rest of us should be paying close attention to his ongoing attacks on the role and responsibilities of government officials, one that closely echoes Steve Bannon’s 2017 pledge to pursue the “deconstruction of the administrative state.” We should remember it was the absence of gatekeepers, not their existence, that led to high-profile recent catastrophes at the Mount Polley mine in British Columbia and Lac-Mégantic in Quebec. In both cases, lax regulations led directly to human and environmental tragedies that could have been averted. And in both cases, the lesson was clear: allowing industries to regulate or monitor themselves is a recipe for disaster.

None of that has dampened Poilievre’s enthusiasm for this recipe. To him, fewer regulations and less government cannot help but improve freedom and increase prosperity. But the recent cryptocurrency crash and the proximity of his political fingerprints to it should give other Canadians pause, including — and perhaps especially — those with a vote in this year’s CPC leadership race. We’ve seen time and time again, the “gatekeepers” can be the ones protecting us from the dangers we can’t or won’t see. Maybe it’s time we asked the people like Poilievre, who keep telling us to remove them, which masters they’re really trying to serve.

This story has been corrected to reflect that Janis Joplin sang the words of the song but didn't write it.

The Alberta Court of Appeal gets it wrong — again

Yup. I continue to be shocked

Yup. I continue to be shocked that Poilievre has repeatedly been re-elected in Ottawa. As far as I am concerned he has limited qualifications to be an MP (basically he walks upright and breaths!), and certainly only an idiot would consider him qualified to lead a political party ... never mind aspire to be PM. However, the fact he has got as far as he has simply demonstrates how stupid the average voter really is.

And look at how Canada came

And look at how Canada came through the 2007-8 financial crash relatively unscathed because we had competent banking regulations, unlike the US and several other economies who didn't.

The reply people need to be

The reply people need to be giving Poilievre is that Canada did not deregulate finance the way that America and Britain did in the 1990s, and, so, ten years later, had zero banks collapse, zero banks needed bailouts. Despite our very heavy dependence on the crashed American economy, economics grad Harper gave us only half the stimulus (relative) that Obama needed, a third of what he got, and we recovered faster. Best results in the G7, in fact.

We've also come out of the pandemic in the best economic gains:
https://www.advisor.ca/news/economic/canada-leading-pandemic-income-gain...

...and it's because of our sane, sensible financial regulations. Why would you screw with success? Everybody has inflation, mostly caused by war and pandemic, not by mismanagement.

Poilievre and his supporters

Poilievre and his supporters should understand that his highly charged rhetoric makes things worse in this country, not better. We all need to review a little history about central banking as this happened once before during Diefenbaker's time. It's called, 'inflation bias'. And its no coincidence that Poilievre is the one who would bring it back to the fore. A minion of biased rhetoric, he probably has no concept of exactly how it works. For more info, read https://theline.substack.com/p/chris-ragan-why-politics-and-central?s=r

Unfortunately, since the years of "inflation bias", we've instead had years of inflation-cutting bias, in which inflation has been considered so dangerous as to be worth triggering a recession every few years to avoid. But moderate inflation is not, in fact, that dangerous. The real point of the policy is to depress wages and increase profits. The real reason it's considered so important to insulate central banks from democracy is to leave their technocrats free to pursue policies which are good for the rich but bad for most other people. Historically, central bank independence has been a right wing policy, which makes it odd to see Poilievre denouncing it; I doubt he means it.

Poilievre certainly knows little about central banks or whether the current head of same is doing a good job.
Whatever policies he went for instead would probably suck. But in fact, just now boosting interest rates to trigger a recession and thereby depress inflation is an even stupider idea than usual. Usually, it's a cure worse than the disease, but at least it works. In this case, it isn't even relevant. The current inflation is caused by supply chain issues, sanctions-related issues, and profiteering by corporations who can get away with it because they are oligopolists subject to very little regulation. It is NOT caused by high wages/consumption. I suppose triggering a recession might still depress demand enough that those profiteering companies discover people are starving because they literally can't pay for the high priced food, and actually cut their prices . . . but it's kind of like fixing someone's backache by blowing their brains out.

I agree with this article and

I agree with this article and the comments. Unfortunately, Poilievre seems to be gaining traction with many Canadians, despite (or because of) his misinformation, anger and attacks. I hope that a majority of Canadians can see through his rhetoric.