Forget TMX, we need a pipeline to a better world 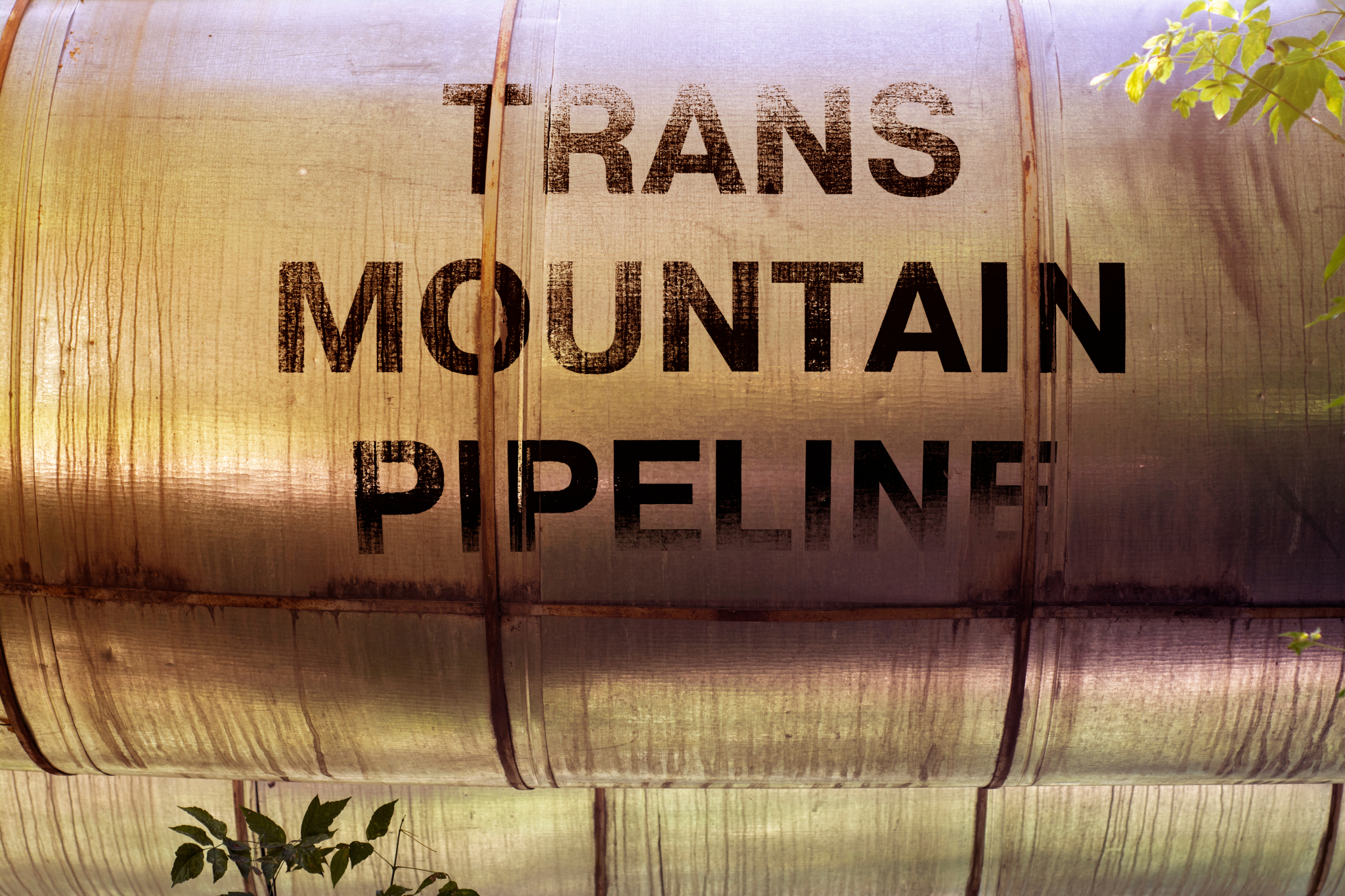 The pipeline expansion project is what it looks like when we privatize the profits and socialize the risk of energy production. Photo by Shutterstock
Previous story

The Trans Mountain pipeline expansion project (TMX) is a giant vacuum cleaner sucking up these needed things, while constructing the very opposite of the world we need. Right now, there are thousands of workers, machines and trucks expanding the pipeline that crosses B.C. and Alberta, sometimes working alongside hundreds of other workers, machines and trucks repairing the flood-damaged Coquihalla Highway — flooding made worse by climate change and commercial logging.

And then the money. Staggering amounts of public cash is hoovered by the pipeline into a giant canister with no bottom in sight. When Kinder Morgan bailed from the risky expansion project in 2018, the federal government paid $4.5 billion for the existing pipeline, committing to the expansion project estimated at a cost of $12.6 billion.

The cost is now around $21.4 billion, a 70 per cent increase, with annual interest charges on government loans costing $700 million every year, according to economist Robyn Allan. After declaring no more public funds would flow to the pipeline, last month, the federal government announced a loan guarantee of $10 billion to entice private investment.

This guarantee means that if TMX cannot make good on any debt sourced in private markets, the public is yet again on the hook because the federal government ultimately bears the risk of TMX default.

Meanwhile, the government further subsidizes the fossil fuel sector by spending buckets on policing people opposing the pipeline, including Indigenous people defending their lands and waters. Figures for TMX are not available, but we know at least $1.8 million was spent policing protests on Burnaby Mountain and $22 million policing members of the Wet’suwet’en Nation on a remote service road who oppose the Coastal GasLink pipeline.

The same week that the federal government insured $10 billion more for the pipeline, the court shamefully sentenced Tsleil-Waututh Nation member William George to 28 days in jail for his role contesting the pipeline on his own land.

He breached the injunction to respect his nation’s way of life, their stewardship policy, knowledge, constitutional and inherent rights, and to protect the living infrastructures that keep them safe. Criminalization is Canada’s key form of denial that it is an illegal colonial occupation.

We need to remember, too, that in their efforts to stop emission-creating projects, land defenders are not just protecting their territories, but the safety of all of us. A groundbreaking report by Indigenous Environmental Network and Oil Change International found 1.6 billion tonnes of GhG emissions either saved or delayed per year due to Indigenous land defence through blockades, lobbying and media campaigns in North America. If these movements succeed, Indigenous resistance would stop an estimated 24 per cent of the combined emissions of the U.S. and Canada.

We are doubly in debt to these defenders — as people occupying their land and again as beneficiaries of their courageous actions. Indebted to them, but yet our government prefers them in jail.

TMX is what it looks like when we privatize the profits and socialize the risk of energy production. In the same way that social divestments in mental health support, safe drug supply, affordable housing, education and community infrastructure create a direct pipeline from poverty to prison, this energy infrastructure creates a literal pipeline through ecological economies that support our actual capacity to survive on Earth to a death world of permanent crisis and catastrophe.

Opinion: TMX is what it looks like when we privatize the profits and socialize the risk of energy production, write @shiripasternak @jessicaadempsey. #cdnpoli #divest #WetsuwetenStrong #Pipelines

Time is not on our side, the leaders and scientists repeat, ad nauseam. Prisons and policed pipelines are the constructions of the old world that we need to abolish to make some room for the new one.

Pull the plug on TMX and deploy those workers, machines, trucks and money towards a world that can keep all of us safer.

Oil, anti-Indigenous biases and the conduct of officers of the court

the longer (colonial capitalist) business as usual goes on the crazier I feel.

Looking around the world,

Looking around the world, Canada looks like a pretty nice place to live - largely through its historical economic and cultural advantages derived primarily from the political decisions of our collective (rather than actual) ancestors. This history gave rise to what is now Canada - on balance, the glass is at least half full. We can celebrate that good while working to add more good to the glass.

An eloquent summary of Canada

An eloquent summary of Canada's energy vs. climate / private profits vs. public interest conundrum.
I saved this op-ed in The Internet Archive. Future historians tracing the path to disaster will see that responsible Canadians stood up and spoke out to stop it.

Great article - thanks. Pushing through TMX is unconscionable.

The Nikiforuk article in the

The Nikiforuk article in the February Tyee (linked in the main piece) in reference to economist Robyn Alan's critique of TMX is a very good read and offers a refreshing plain numbers perspective. G. Pounder appears in the comments there with some nicely rounded observations about Alberta.

Having the inside story about the schoolyard shenanigans TMX personnel pulled on the Burnaby Planning Department during their bad faith negotiations on municipal permit applications (they got away with no city permits), the resulting kangaroo court and third degree treatment of Burnaby staff in front of the NEB board with no legal 'contempt of court' repercussions whatsoever, and recently with the Burnaby Fire Dept. by applying for a "constitutional exemption" (what the hell is that?) to building specialized fire safety features into the site infrastructure for the huge oil tank storage farm expansion surrounded by over 100,000 residents within a 5 km radius of toxic smoke from a storage tank fire, I have developed an unprintable opinion of the project.

TMX was obviously Trudeau's opportunistic attempt to buy votes in Alberta, appease the Alberta government (NDP or UCP, doesn't matter which) and to erase the tainted memories there of his father. So, how did all that go for him?

While Nikiforuk and Alan and others do a marvellous job dismantling the overly rosy economic and political rationale behind the project, there are still elements of social and legal justice pertaining to Indigenous rights and title, which are acknowledged as "not extinguished" and supposedly protected under the Constitution, that are unresolved in BC where few treaties were struck.

Topping the list of other outstanding issues is the lack of a genuine, professional-level independent risk assessment specifically for spills of diluted bitumen into marine ecosystems and the interconnected economies. The BC South Coast population would easily fit into both Calgary and Edmonton with room for tens of thousands more. Half of them oppose TMX.

The Golden Pipe will likely top 30 billion dollars once debt and guarantees to private stakeholders are accounted for. Its defenders are not waffling, perhaps because pulling out means losing face, at least the half that remains after already losing the first half when it was suckered into buying the thing in the first place.

With fiscal management, political face and environmental credibility now evaporated, what has the Trudeau government left to lose by pulling out at this point?