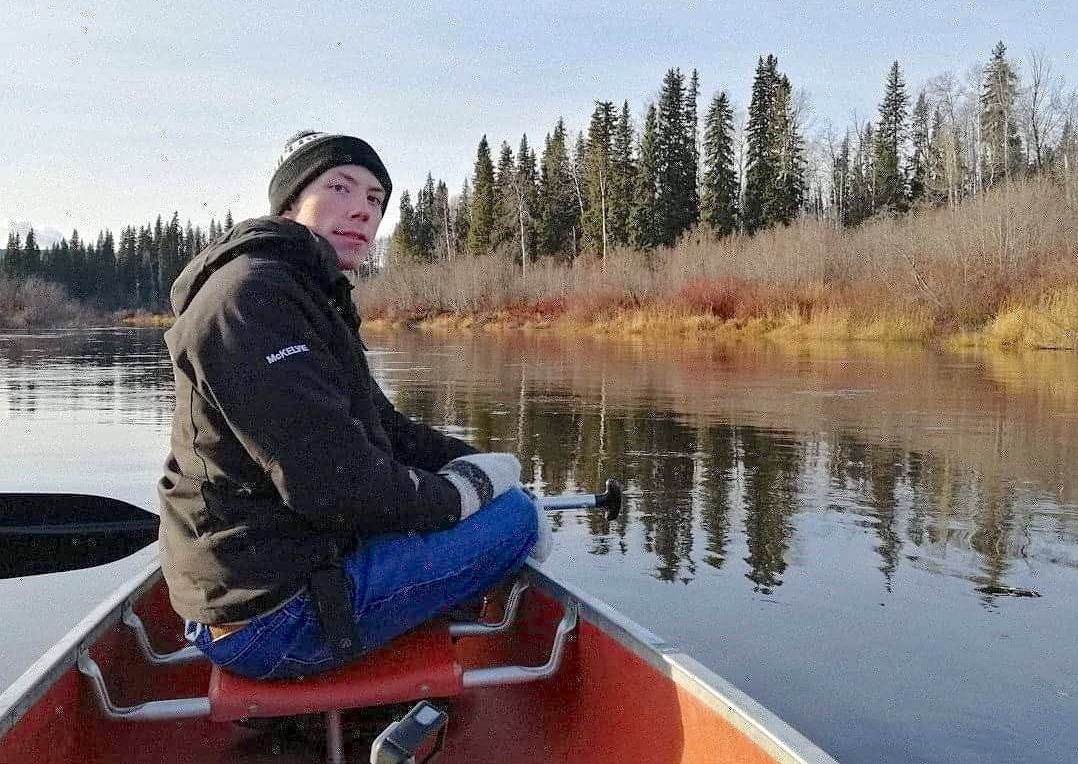 A young man who fell from a ladder after it toppled during a protest against old-growth logging on a Vancouver Island highway was undergoing surgery for a shattered hip Tuesday afternoon.

Protester Trevor Mckelvie fell about 20 feet to the pavement when the ladder he was balanced on collapsed not long after an angry motorist held up by the blockade on the Patricia Bay Highway broke pieces off a support structure Monday morning.

He went in for what was expected to be a four-hour surgery on Tuesday afternoon at Victoria General Hospital, Papp said.

A police officer on scene examined video of the incident involving the driver, Papp said.

An RCMP spokesperson also told Canada’s National Observer Monday that there will be an investigation into the incident and cautioned frustrated motorists that police don’t condone illegal actions to bypass blockades.

A GoFundMe has been set up to help Mckelvie, who will likely remain in hospital for at least a week before needing months of recovery and rehabilitation, Papp said, adding it’s expected his injuries will make it impossible to return to carpentry work.

Protesters don’t want to risk their lives by inconveniencing people, but other efforts to save remaining old-growth forests as a means to curb the ongoing climate crisis have been ignored, she said.

B.C. has experienced the ravages of flooding, fires and deadly heat in the span of a year, she added.

The young man had surgery Tuesday after falling from a collapsed ladder following a confrontation at a Vancouver Island highway blockade Monday. #BC #SaveOldGrowth

“We are all walking into this climate catastrophe with eyes and ears open,” Papp said.

“And I cannot believe we have to resort to such scenarios … that it’s come to this to get people — either angrily or hatefully — engaged.”

It’s unlikely SOG protesters will reconsider the personal risks or the lengths they will go to try to get the public and province to respond to the climate crisis, she said.

“I think it would be a disservice to stop doing this. I truly do,” Papp said.

“I’m not asking for a car, house or pay raise,” she said.

“We’re doing this in service to humanity and the gravity of the climate chaos the world is in.”

The road blockades will continue until John Horgan’s NDP government passes legislation to end the logging of old-growth forests in B.C., SOG said in a statement.

On Tuesday morning, three SOG protesters were arrested for blocking traffic on the Trans-Canada Highway near the Horseshoe Bay ferry terminal after gluing their hands to the roadway.

Despite acknowledging the frustration of inconvenienced motorists, Papp hopes serious injuries to SOG protesters won’t occur in the future. At past events, protesters took risks but weren’t badly hurt.

“This is definitely the first time where someone has sustained a permanent, life-changing injury,” she said.

“And I really, really hope it's the last.”

In the '60's people tried to end the systemic civil rights violations of minorities . Shamefully people died in this cause. For a couple of decades we seemed to be making progress in antidiscrimination action but slowly, the opponents, of equality the proponents of white supremacy wormed their way back into positions of power and a whole new arsenal of lethal confrontation, leos blatant and illegal violence was unleashed against minorities with returns to unjust incarceration, enslavement of prisoners for economic gain, and rapid expansion of employer exploitation of all, not just minority employees. The expansion, acceleration and scofflaw behaviour of employers was breathtaking; and it was condoned, enabled by the indifference of white elites, intent on wringing every last sou out of the "underclass" by hook by crook by fraud and by scamming.
Now the activists are trying to preserve a livable Earth and waging unequal war against the predatory capitalists and their colluding politicians, still trying to destroy people, species, breathable air, drinkable water, every aspect of earth that sustains life.
I wonder how the predators will survive when they have eaten everything on the planet? Will their useless wealth save them? Will they manage to find another planet to destroy? I suspect the universe will have its revenge.