Can we adapt to — and survive — climate change? That depends on nature 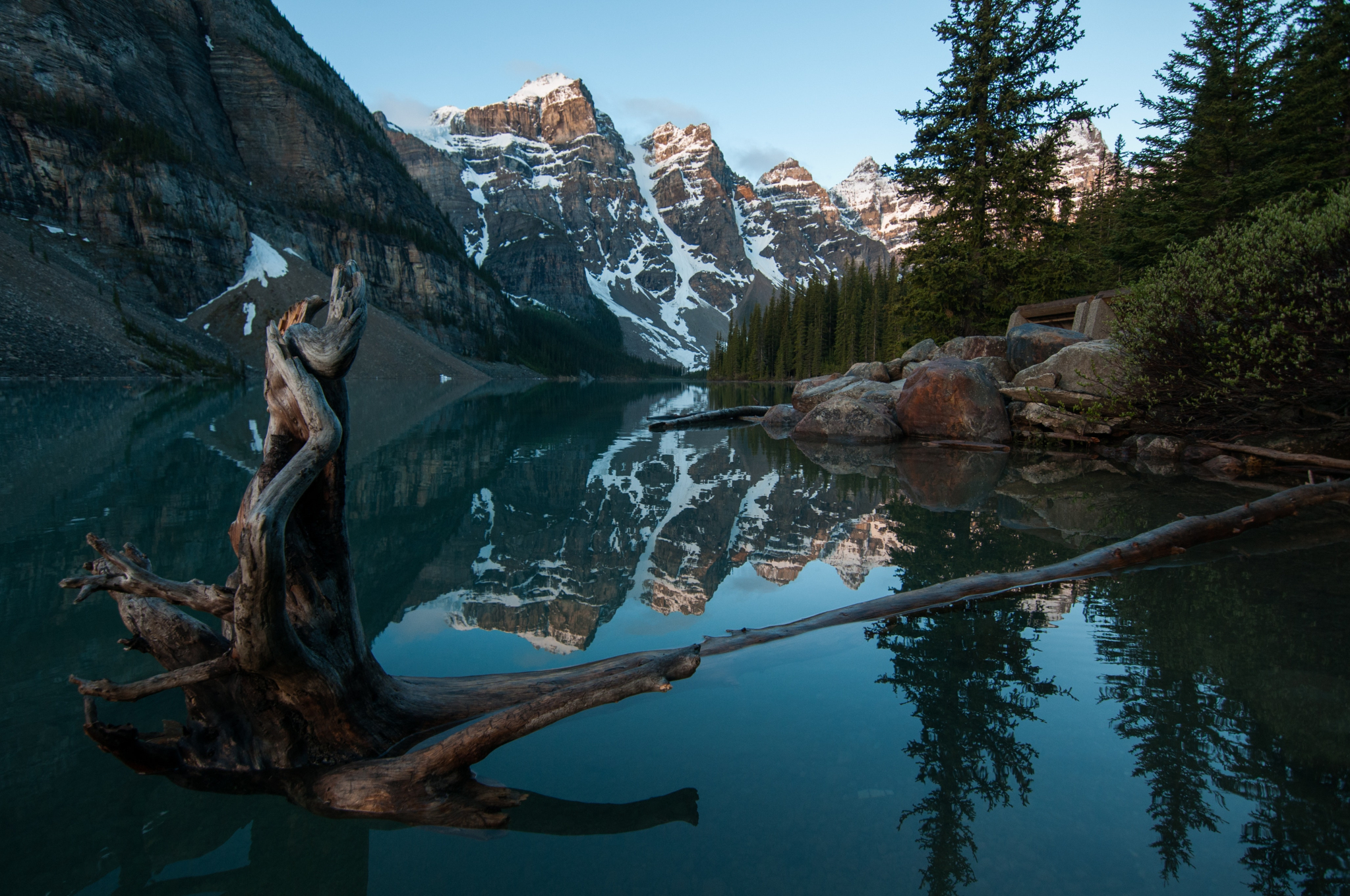 The protection and restoration of nature should be at the heart of Canada's National Adaptation Strategy. Photo by Ezra Comeau/Pexels
Previous story

For fans of TV’s legendary Jeopardy! game show, here’s a challenge that might stump some contestants: “Our greatest ally in adapting to climate change.” (On the show, of course, clues are phrased as answers, and you have to guess the question.)

If you responded, “Who is nature,” then you have the potential to be a champion — of the planet. (Only half points if you said, “enlightened billionaires” or “progressive industries.”)

Nature remains the most powerful countervailing force against climate change. That’s why nature groups across Canada are urging Environment Minister Steven Guilbeault to put the protection and restoration of nature at the centre of the federal government’s forthcoming National Adaptation Strategy.

The public consultation period for the strategy is officially over, and the government is now considering input from partners, stakeholders and citizens to draft the final strategy.

The strategy will outline what Canada must do to adapt to the impacts of climate change — impacts that are happening right now in the form of droughts, floods, fires and heat waves in every part of the country.

The open letter from the nature groups urges the federal government to ensure the strategy aligns with Canada’s commitment to halt and reverse nature loss by 2030.

Why should nature be at the heart of our adaptation strategy, still in draft format? Because, simply put, we cannot survive without it.

First of all, we depend on the food, water, soil, pollination and other services provided by our ecosystems. Take something very basic, like your drinking water. Even if you live in the heart of the city, nature is your end-point supplier. Banff National Park in Alberta, for example, protects the Bow River Basin watershed — and clean drinking water for 1.2 million people. Biodiversity loss and pollution are threatening such ecosystem services, and we cannot achieve resilience to climate change without addressing these threats.

Secondly, nature provides adaptation solutions just by being itself, by following its cycles and rhythms.

Coastal wetlands can (in the right circumstances) expand and keep pace with sea-level rise.

Healthy forests, besides also providing erosion control, can bounce back from insect infestations and wildfires.

In conserving and restoring these and other ecosystems, we secure the most promising avenues for protecting communities against extreme climate impacts like heat waves, floods, wildfires, droughts and sea-level rise.

What’s more, all these ecosystems (along with grasslands and oceans) store vast amounts of carbon and can slow global warming — which, by the way, is affecting all species, not just humans.

And that brings us to another area of the strategy that needs stronger emphasis: the importance of protecting all species. Wildlife needs the same opportunities as humans to become resilient to climate change. Protected areas, for example, can serve as “climate refugia,” where the effects of climate change are buffered and species have the time and space to adapt.

All this is why the letter’s signatories are asking for the federal government to:

That last point is the kicker. “If you can’t be in awe of Mother Nature,” longtime Jeopardy! host Alex Trebek once said, “there’s something wrong with you.” It’s time we set right the wrong (or at least misguided) diminution of nature’s awesome potential, especially its capacity to address climate change. Indigenous peoples, who have anciently been nature’s stewards and are often on the front lines of climate change, are well aware of this potential.

Think of the climate adaptation challenge as a kind of Final Jeopardy! for the planet — the deciding, high-stakes round where participants have to be at their sharpest. The release of Canada’s adaptation strategy by the end of 2022 is a key opportunity for us to show we have the right stuff … by calling on nature’s right stuff.

Why not "adaptation zones"

Why not "adaptation zones" where Nature is allowed to do her thing, with a small boost from planting a few native species? An example - small urban tracts where mowing could cease, in a planned way.

It's true, all the rest of

It's true, all the rest of Nature (I mean, we're Nature, too) is a wonderful ally. But as long as we're still subsidizing the villain — fossil fuels — to the tune of nearly $6 TRILLION every year, which means we're still running our economy on energy that kills 10+ million people every year BEFORE we start counting the human and economic costs and impacts of climate disruption and chaos, it doesn't seem fair to ask Mother Nature to do the impossible. How can Nature's gifts (aka ecosystem services) possibly outgun (pardon the war metaphor) our species' billions of tons of greenhouse gas emissions every year?

Not only that, but we're constantly weakening the resilience of the rest of Nature. For example, we're spewing CO2, which makes trees and other plants grow / "green" faster, which weakens them, and then we blast them with heatwaves, superstorms, floods, droughts, wildfires and everything else included in what Al Gore dubbed "a Nature walk through the book of Revelation." So no, I don't think our survival in the face of the climate / oceans / biodiversity emergency depends on Nature. It depends on our generations thinking and acting like ancestors before we make our children's future a thing of the past.

"Can we adapt to — and survive — climate change? That depends on nature"

The fundamental issue is: Can we slow down and eventually stop global warming and climate change? I.e., can we stop burning fossil fuels?
That depends entirely on us, not on nature. Our choice.
On a timeline of our choosing, not nature's.

If we fail to reduce emissions, no efforts to protect nature will be sufficient, because nature will be undone by rapid climate change and unable to protect us, whatever else we do.
Far better to prevent the fire in the first place.

Adaptation is limited.
How are the world's richest, most highly developed nations holding up to recent heat waves?
The subtropics may become unlivable. No air conditioning outdoors. No adaptation for agriculture if the rains don't fall, the glaciers melt, water supplies dry up, and outdoor conditions become lethal.
Species that cannot adapt or migrate quickly enough will perish. Ecosystems will collapse.
No society, species, or ecosystem thrives in a scenario of rapid and indefinite warming.
We can survive climate change only by stopping it. That depends on us.

Even if we accept the question at face value: "Can we adapt to and survive climate change?"
That depends, in part, on our efforts to protect and restore nature.
Again, not on nature itself.

I’m afraid I remain pessimistic. Unless the exhausting of combusted petroleum-fuel into the atmosphere is reversed (not merely reduced to 2001 levels, or whatever) from its present level, nature will continue to show us the way toward a vastly different kind of natural world. Covid, for example, is natural—and so are humans— but jetliner travel (it’s estimated that some two million people are in the air at any given time, 24/7/365) isn’t natural, nor cars, nor coal-fired electricity plants.

Extinction is probably forever, no matter what exotic technology might bring back extinct species from the dead. If all fossil-fuel burning were stopped today, the so-called “rebound” would not include species lost in the last 200 years. It would likely include ecological innovations that threaten human and other life (viruses, for example, but one can imagine insects, jellyfish, &c). Nature’s rebound doesn’t necessarily have human welfare at heart.

And, even if the sooty devil is cowed today, the evolution of wholly natural experiments in surviving and reproducing in this new world might rather resemble a slow-mo Oryx and Crake or one of those post nuclear war movies replete with mutants.

There’s also the utility of global warming. All is not destruction and waste: the warming of Canada’s boreal belt which stretches right across the country (with the small exception of the Maritime Provinces) will provide agricultural opportunities that petro-powered agri-biz will avail if we let it. The temptation will be intense. Meanwhile, the southern Prairies will become less farmable—but the region will not rebound back to verdant grasslands but, rather, to scablands like the US southwest.

Still, such ecological diversity as remains is valuable and should be preserved if it can be viably done. The debate about old-growth logging in BC is rather confused about carbon cycles (to the extent that anti-logging absolutists insist that preserving remaining OG will stop climate change when, in fact, it will not: OG has stored a lot of carbon but is effectively at capacity to absorb more, and there never was enough temperate rainforest to significantly mitigate the monstrous amount of CO2 humans pump into the atmosphere every minute of every day, anyway), but it remans that OG should be preserved for the ecological values it donations. However, the climate is changing much faster than trees or ecosystems can move (in our case, northward), and many OG biome are becoming effectively “off-site” or maladapted to the new climate. These biomes are doomed, probably even if fossil fuels were banned today—which, of course they won’t be—but, on smaller scales, topographical aspect and situations do provide niches where “natural” OG can be maintained for longer than sites more exposed to heat and dryness. These need to be identified and preserved right away. What is logged is an opportunity to anticipate the speed of climatic and ecological change and match the site’s expected climate with better-adapted trees.

Nature is remarkably resilient. Which roughly the same diversity of macro-phyla, the region where I live on the Salish Sea featured large Biogeoclimatic Zones than ranged from Ponderosa Pine-Bungrass five thousand years ago to Coastal Douglas Fir today. But changes are getting unmistakable and are happening undeniably fast: hemlocks have all but disappeared, red cedars are dying back, top-down, and Grand firs (true fir) are now winking out all over the place. Beneath the canopy are thousands of more minute ecological dramas. We seem to be heading back to something like what we expect to see around the Okanagan Valley in the dry Interior (lake-bottom sediment cores show that Ponderosa pine was an abundant species around the Salish sea some five millennia ago). But the change is happening at a much faster rate, creating huge wildfire risk as the region adapts to fewer tree stems per area and more grass in between. The question is what to do with the thick, 120 year-old Doug fir stands that cloak the mountainsides? It’s not as simple as harvesting and replacing with the anticipated Ponderosa pine-like ecosystem of Kelowna: all sorts of plants not adapted to the approaching dryness bank there seeds and will persist despite anything we might do to replace them.

Nature will, surely, show the way because one thing’s for sure: humankind has been pretty lost when it comes to respecting it. It’s gonna be adaptation no matter what we do, but we can make it easy time or hard time.