Big Oil isn’t special — their pollution should be regulated 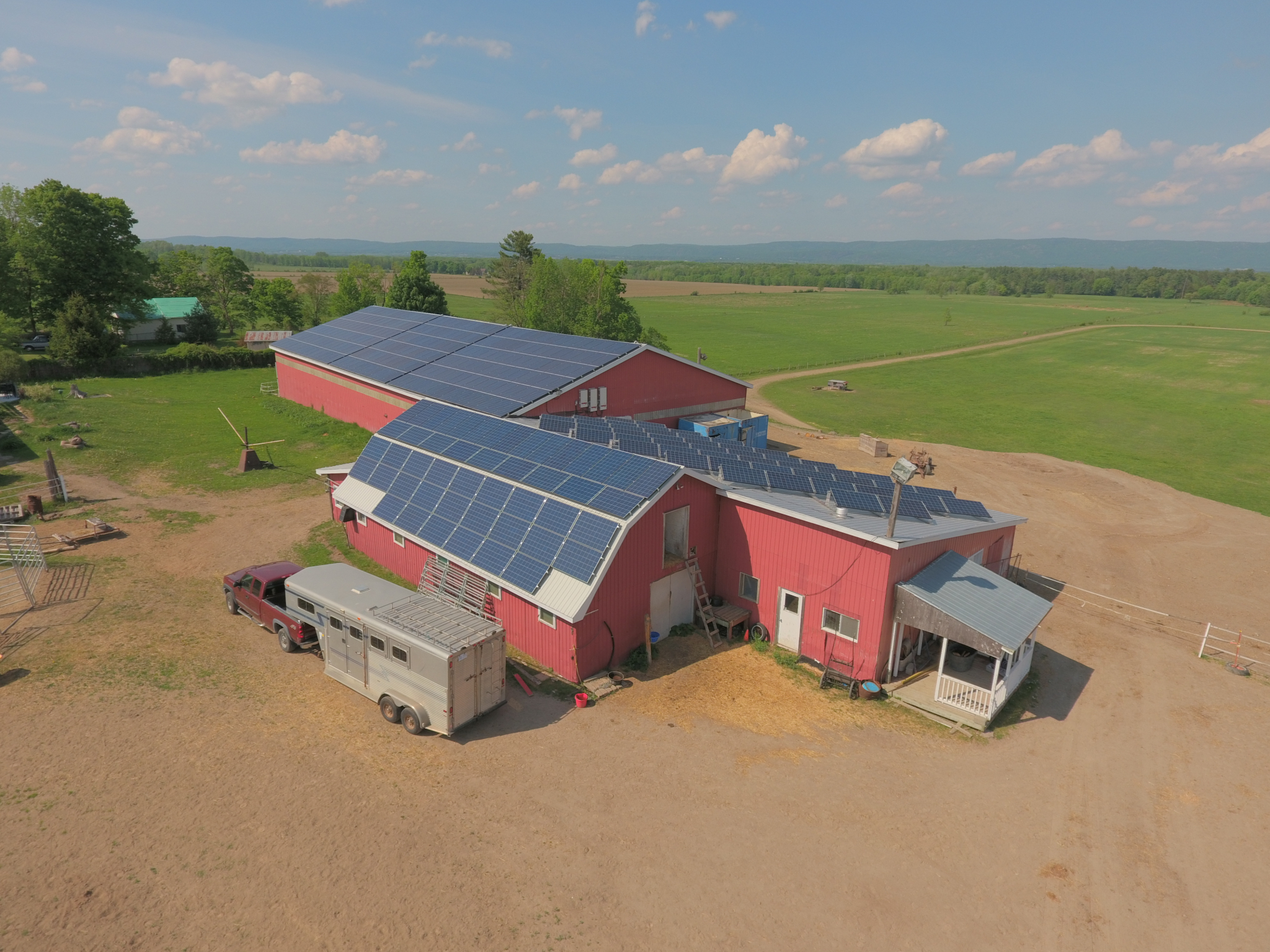 A solar project at Smith Farm in Dunrobin, Ont., near Ottawa, in 2016. Oil and gas companies are not spending profits to reduce emissions or switching to clean energy like solar. They should. Photo by iSolara
Previous story

At long last, the federal government has released an initial plan to cap dangerous pollutants emitted by the oil and gas sector. For decades now, we have known the damage greenhouse gases (GHGs) can cause and yet successive federal governments, bludgeoned by industry lobbyists, have dragged their feet on forcing industry to clean up its messes. The result has been decades of damage.

However, we are once again hearing the now familiar refrain from oil and gas companies and their CEOs on the supposed impossibility of reducing emissions. They argue the government is “being very aggressive” and “unrealistic” and resort to fear-mongering over government-induced production cuts.

This begs the question: Why do we allow a single sector to pollute so much despite the tremendous amount of research that its unchecked emissions risk our health and our future? This sector is not special and not above being held responsible for its pollution.

Clearly, something needs to be done. While other sectors have worked to reduce their emissions, the oil and gas industry has astronomically increased its emissions over the last 30 years — by a whopping 87 per cent.

Even historically energy-intensive industries such as iron and steel, pulp and paper, cement and electricity have reduced emissions, so it is only right that the most-polluting industry in Canada, oil and gas, finally joins the ranks as well.

The oil and gas emissions cap policy is just one of several federal policies underway that could get Canada on track to being a cleaner, healthier country. The government is also moving forward on regulations to ensure our electricity generation is non-polluting, and new rules to reduce emissions from transportation, the second-largest source of GHG emissions in Canada. Together, these efforts are a collective approach by the government to reduce GHG emissions and work towards a climate-safe future.

The oil and gas industry’s profits have soared into uncharted territories. These companies are profiting from the ongoing crisis in Ukraine, while regular Canadians are getting squeezed at the pump. Now one could imagine that the additional profits would at least result in more investments in reducing emissions, transitioning to cleaner energy, or at the very least, more jobs — things these companies say they care about. But in actuality, the oil and gas companies are not spending their profits on reducing their emissions or transitioning to cleaner energy and instead are sending the windfall straight into the pockets of their shareholders. Certainly, the industry can afford to set aside a portion of its revenue to do the work to clean up their mess.

Big Oil’s objections and foot-dragging should have been expected. For decades, the industry has denied and sowed doubt in the science of climate change and effective solutions. Canadian oil and gas companies have worked hard to delay, weaken and kill practically every climate policy proposed. So this most recent response to capping emissions is not a new tactic, nor should it come as a surprise. It is a tired, old song by a sector that has a history of putting profit over people.

The ongoing crisis in Ukraine has also provided a new opportunity to the oil and gas sector to push for increases in fossil fuel production. Despite claims from the industry that Canadian oil is ethical and cleaner than other options, the truth of the matter is that it is neither. Canadian oil is among the most carbon-intensive on the planet. The extraction, production and the transportation of the oil has also been a huge detriment to the well-being of Indigenous communities and the environment.

Oil and gas companies are not spending profits to reduce emissions or transition to cleaner energy. Instead, they're sending the windfall straight into the pockets of their shareholders, writes @AlyHyderAli1. #EndFossilPollution #EmissionsCap

In advance of German Chancellor Olaf Scholz’s visit to Canada, the oil and gas industry tried its hardest to push for Canada to export LNG to Germany despite the fact it would take years to build the needed infrastructure. By the time an East Coast pipeline was built, it would be too late to meet Europe’s short-term needs — the likely result would have been that Canada would have been stuck with a stranded asset and still more carbon emissions at a time when they must decrease. Instead, we should work with our allies to ramp up renewable energy for a climate-safe world.

In this global, national and ecological context, an emissions cap is a responsible and practical way to drive down emissions from this sector, and if it's done well and is ambitious enough, it will provide predictability to the industry, the workers and the communities that rely on it.

Canada is at the cusp of taking real, substantial steps towards addressing the biggest polluters in the country. The federal government must take into account the health and safety of the people of this country and not buckle under the pressure from these companies. The industry may try to convince us otherwise, but Canada, in fact, is bigger than oil and gas.

There is more that people can

There is more that people can do than just read this article and nod in agreement.

Each and every one of us can make a submission to the Environment and Climate Change Canada public consultation on this issue that is occurring until 30 September 2022.

Climate Messengers Canada, an all-volunteer group that I work with, made a Toolkit to help regular climate-concerned citizens make their own submissions.

Doing so is vital to counter the ferocious pressure of the oil and gas lobby.

Please have a look at it and then make your own submission: