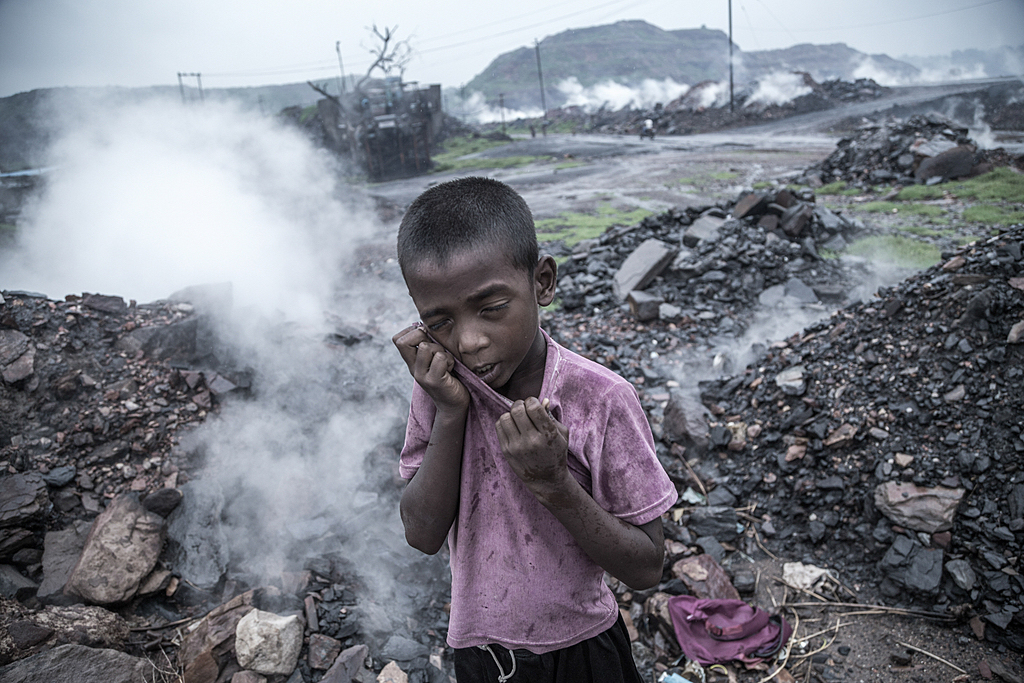 There was no mention of the fossil fuel phase-down several countries are calling for in the 20-page document that hints at where the final agreement from this year’s United Nations climate conference might land.

Now, the pressure is on for those countries to make their case on what place fossil fuels — the main driver of climate change — have in the future.

The call to phase down the use of all fossil fuels was not reflected in the draft text published by Egypt on Thursday. The document, called a “non-paper,” is not an official draft of the final COP27 agreement, which will spell out a direction for future climate action and require all countries in attendance to get on board. Rather, it’s a list of possible pledges that could appear in that agreement.

The only reference to fossil fuels in its 8,400 words is a call to phase down “unabated” coal power — meaning coal power that uses technology to capture some, but not all, of its emissions — and “phase out and rationalize inefficient fossil fuel subsidies.”

In the conference’s remaining 48 hours, countries advocating for the phase-down will seek to convince nations blocking that pledge to align themselves with a climate-safe future.

UN Secretary General António Guterres returned to Sharm el-Sheikh Thursday from the G20 summit in Indonesia in an attempt to convince countries to agree to his proposed climate solidarity pact. The pact would have rich countries do more to slash emissions this decade while providing more cash to developing countries to cut emissions and brace for the damage already locked in.

“There has been clearly, as in past times, a breakdown in trust between North and South, and between developed and emerging economies,” Guterres said Thursday. “This is no time for finger-pointing. The blame game is a recipe for mutually assured destruction.”

Guterres also reminded countries that limiting global warming to 1.5 C “is not simply about keeping a goal alive — it’s about keeping people alive. I see the will to keep to the 1.5 goal — but we must ensure that commitment is evident in the COP27 outcome.

Fossil fuels like coal, oil and natural gas drive the majority of global greenhouse gas emissions. The only way to prevent catastrophic warming is to rapidly phase out their use. The Intergovernmental Panel on Climate Change — the world’s leading authority on climate science — predicts the world’s current trajectory has us on the path to cross that dangerous 1.5 C threshold as early as 2030. The only way to prevent this is by dramatically slashing emissions in half this decade.

As COP27 enters its final days, the pressure is on for countries to make their case on what place fossil fuels — the main driver of climate change — have in the future. #COP27

That is why many countries at COP27 are calling for a phase-down of all fossil fuels, not just coal, which countries agreed to at last year’s climate conference. India proposed the more complete phrasing at this conference, and that call is now supported by the European Union, the U.K., Colombia, New Zealand, Denmark, small island Pacific states and even the United States, despite the latter’s current plans to increase oil and gas production.

American officials only got on board with India’s proposal on the condition the agreement pledges to phase down “unabated” fossil fuels. Using words like “inefficient” and “unabated” are common ways to create loopholes that can increase fossil fuel production and the public money that flows to fossil fuel companies.

“Canadian ministers have made disturbing comments that echo the oil industry’s and Saudi Arabia’s position that we don’t need to stop expansion of oil and gas and decline production — and so we expect that they are part of the reason this text is so weak,” Tzeporah Berman, international program director with climate group Stand.earth, said. “The science is clear that we need to stop expansion now and wind down production and emissions.

“The fact that Canada is denying it and COP27 has not included that in the text is a testimony to the power of the oil and gas companies who are holding our planet and climate policy hostage.”

Canada’s position on the fossil fuel phase-down is that it’s difficult for the federal government to sign onto a pledge like that because provinces have jurisdiction over natural resource production.

“Constitutionally, in Canada, the federal government doesn’t control the use of natural resources,” Environment and Climate Change Minister Steven Guilbeault said Thursday evening, during a fireside chat hosted by Climate Action Network Canada. “Where we do have control at the federal level is on pollution.

“Everything we do is challenged in the courts by provinces, companies or both,” he said. “If we’re not on very solid legal ground, we will lose.”

A spokesperson for Guilbeault told Canada’s National Observer: “Canada is focused on achieving real results at this COP27, like phasing out coal, cutting methane emissions and agreement to support the world’s most vulnerable… We know there is some gamesmanship taking place by certain countries who are using this to undermine the real progress on these issues.”

Andréanne Brazeau, policy analyst with Équiterre, doesn’t buy the jurisdiction argument because to her, the decision to come out of COP27 is about sending a message to the world. Not agreeing to a fossil fuel phase-down makes Canada look like a climate laggard on the world stage, she said.

“In my mind, if you don't have a plan to phase out oil and gas production, you don't have a climate plan,” she said. “COP27 highlighted that the government of Canada is trying to act as a leader in the negotiations but it's just not the case, unfortunately.”

This is very disappointing,

This is very disappointing, if not altogether unsurprising, news. Regarding the provincial vs. jurisdiction issue, doesn't the federal government have the responsibility to keep its citizens safe from existential threats like climate change? It certainly took action on the Covid-19 pandemic. And of course the federal government won the court challenges (from provinces like Alberta and Saskatchewan) to the carbon tax.

It was very telling and and symbolic that Trudeau didn't attend COP 27 this year. Have we regressed to the Harper era where Canada primarily obstructs climate negotiations? I hope not!

I continue to be shocked by the widespread complacency that exists regarding climate change. How bad does it have to get before we collectively truly take action? And by then it will probably be too late...

Thank you Antonio Guterres (and others) for speaking so eloquently and candidly to the world on this subject.