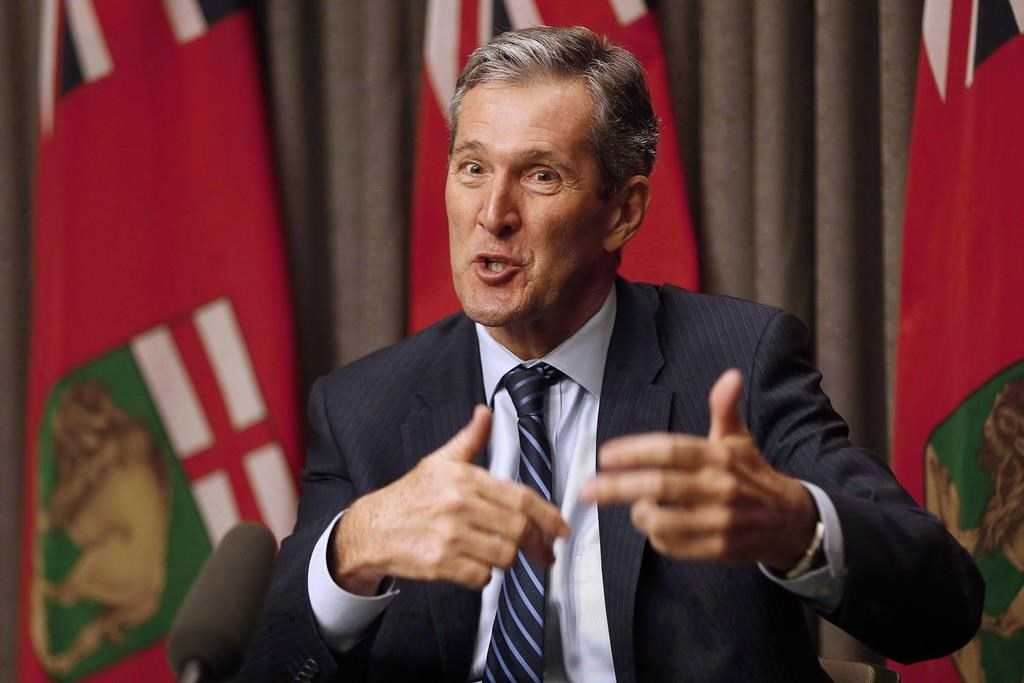 Manitoba Premier Brian Pallister has called for a delay in the passage of a bill that would legalize marijuana in Canada. File photo by Canadian Press.
Previous story
Next story

The federal government should postpone legislation to legalize marijuana, planned for the spring, because there are still too many details to work out, says Manitoba Premier Brian Pallister.

"We've done a fair bit of preparatory work here and research, and the more we do, the more we unlock complexities that need to be addressed that are not minor things," Pallister told reporters Tuesday. "I know at least some of the other first ministers have these concerns as well."

Pallister said he will speak with other premiers and Prime Minister Justin Trudeau about the issue at a first ministers conference Friday in Ottawa.

A spokesperson for Alberta Premier Rachel Notley said the NDP government will be reviewing the federal legislation once it's available.

"We trust that the federal government won't move on this file before a substantial risk assessment has been done and consideration has been given to issues arising, including those raised by Premier Pallister," Cheryl Oates said in an emailed statement.

While federal legislation is just a few months away, details on everything from how pot will be sold to dosage limits remain up in the air. Pallister wants the provinces and Ottawa to develop common rules.

"There are a lot of public policy ramifications that we need to think through carefully and I think we should be doing it together in a co-ordinated way," he said. "To rush and then see injury or lives lost as a result of a lack of foresight and planning would be a real shame."

One of Pallister's top priorities is to see a public-awareness push to convince people not to drive while under the influence of pot. Societal attitudes need to change the same way they have in recent years regarding drunk driving, he said.

The Canadian Automobile Association has called for a government-funded public education program to warn of the dangers of marijuana-impaired driving before the drug is legalized. The group also wants more funding for police to learn how to recognize and investigate drug-impaired drivers.

Most, if not all, of the outstanding issues have been examined by a nine-member federal task force led by former health minister Anne McLellan. Its report was expected last week, but has been delayed for two weeks in order to have it available in both English and French.

The group visited Colorado and Washington — two states where pot is legal.

Because marijuana has, for

Because marijuana has, for the most part, been kept a "Black Market" product the government does not have the many years of experience that the growers and users have. All the information and research done by the underground economy is available and accessible to the government as soon as it is legalized.
I'm sure that when the government figures out how best to tax it, it will be legalized.