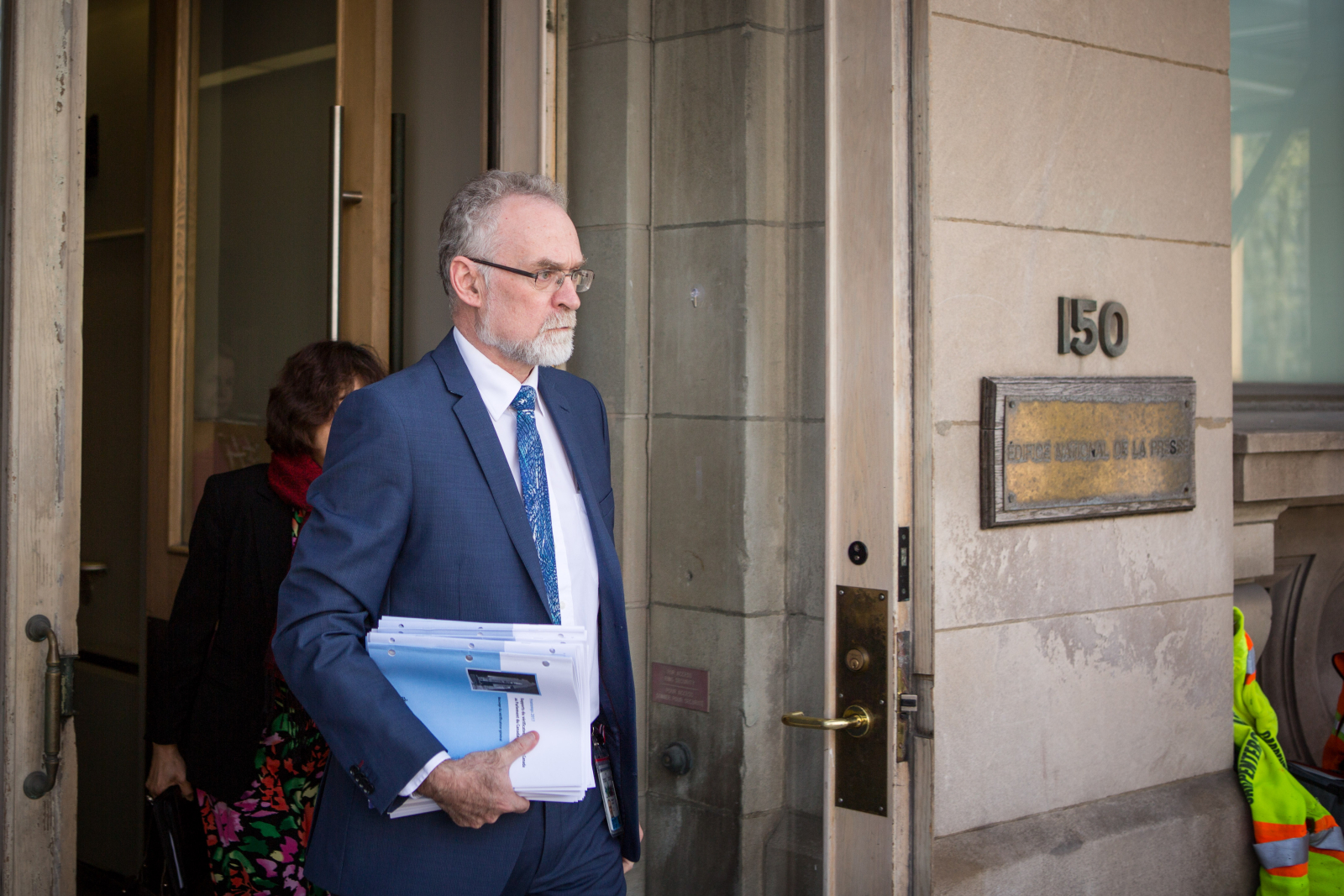 Auditor General Michael Ferguson, appearing May 16, 2017 outside the Parliamentary Press Gallery building in downtown Ottawa, has been battling with Finance Canada over confidential documents on fossil fuel subsidies. Photo by Alex Tétreault
Previous story
Next story