A big part of my job, most days, is finding the right words.

Climate reporting is full of complicated concepts that tend to make even the most personable journalist sound like they're writing a science textbook. I am constantly on the hunt for new, less confusing ways to explain terms like “carbon intensity,” “ESG” and “nationally determined contributions.”

But sometimes the small words are just as slippery as the big ones. From politicians to PR firms, anyone who wants to sound climate-conscious has a handy set of adjectives at their disposal — “green,” “sustainable,” “eco-friendly.” But when you dig a little deeper, what do these words actually mean? It depends on who you ask.

This week, another tricky word came up as Canada signed an ambitious new alliance with Germany, vowing to send hydrogen across the Atlantic in as little as three years. My colleague John Woodside had a careful read of the deal and broke down a disagreement behind one small word that could have a big impact on Canada's energy plans for the future. Read on for a quick rundown of the news, or check out his full story here.

And since we're talking words this week, I'm also curious to know: what climate words or concepts do you find confusing? Mystified by mitigation? Stumped by Scope 3? Let me know at [email protected], and I'll do my best to find an answer for you.

Have a great weekend and stay safe!

Looking for our reads of the week? You can find them at the bottom of this email. 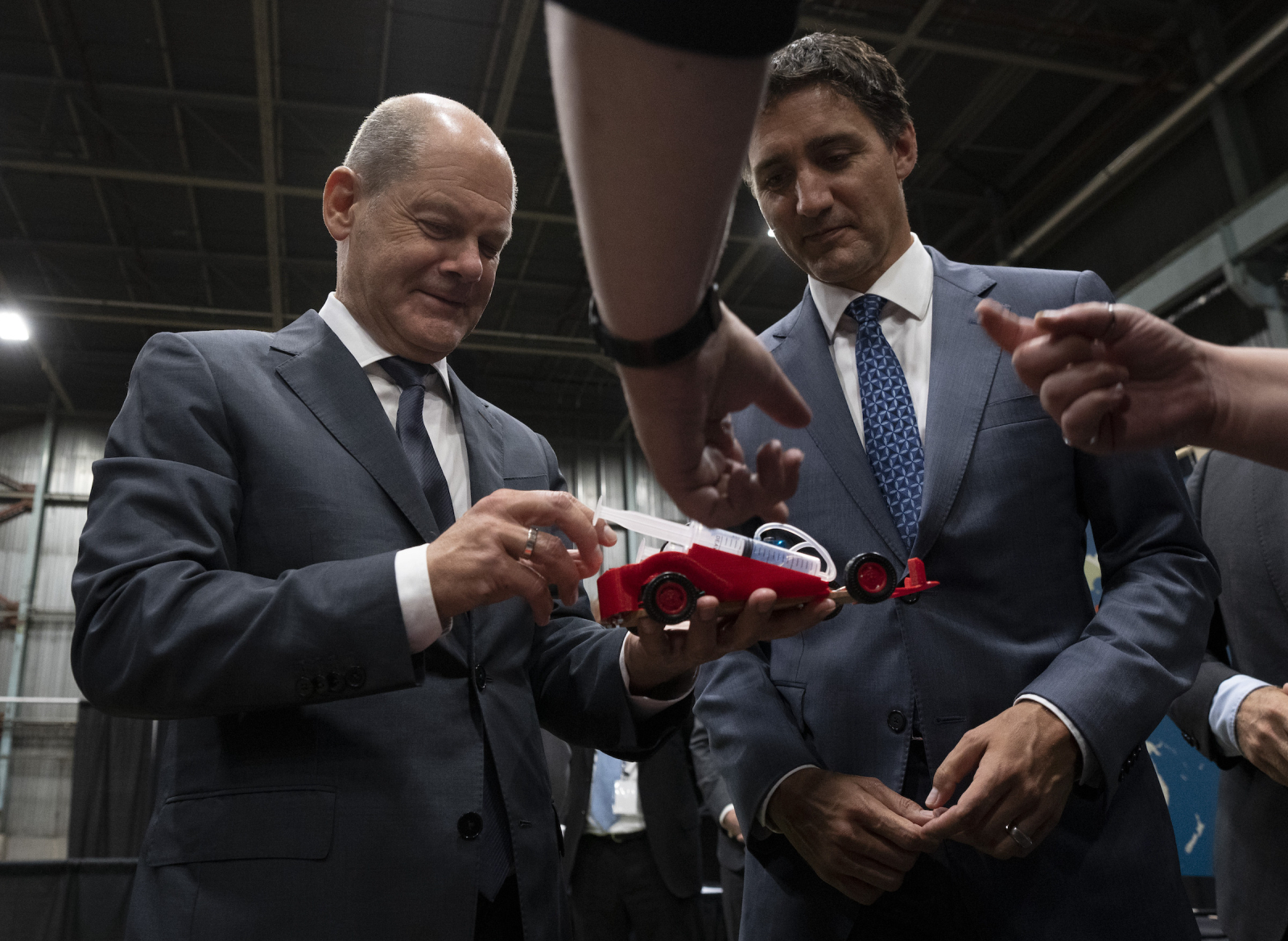 The dirt on Canada and Germany’s clean energy deal

As he wrapped up a whirlwind trip on Tuesday, German Chancellor Olaf Scholz talked about friendship. Earlier that day, he had raced hydrogen-powered toy cars with Prime Minister Justin Trudeau at a trade show and inked a five-year deal between the two countries vowing to develop a path for Canadian-made hydrogen to reach German shores.

Canada and Germany “fit together,” he told reporters in German, standing beside the water’s edge in Stephenville, N.L. The two countries “have similar ambitions and goals and ideas about how we can stop man-made climate change.”

But “similar” does not mean the same. And if you read between the lines of the new Canada-Germany alliance, it’s clear the two countries have different definitions of what “clean” hydrogen actually is. As John Woodside reports, that point of disagreement could determine their future hydrogen plans together.

First off, the alliance: Canada and Germany want to develop a supply chain for “clean” hydrogen, a gas that burns pollution-free and could be used in hard-to-decarbonize industries like steel- and cement-making. They’re not wasting any time, either — if all goes to plan, we could be exporting hydrogen from this side of the Atlantic as early as 2025. Already, several companies have plans for East Coast facilities, and one has already secured a German buyer.

By German standards, clean hydrogen can only be produced using renewable energy like wind and solar. Canada, on the other hand, wants to add hydrogen made from natural gas to the mix, so long as the greenhouse gas emissions that come with it are mostly stopped using carbon capture technology.

The first two projects under consideration meet Germany’s definition of “clean” — they’re proposing to use wind energy to produce their hydrogen. But the new alliance doesn’t rule out hydrogen made from natural gas or other energy deals involving fossil fuels. In the leadup to Scholz’s visit, several prominent cabinet ministers talked up the possibility of shipping liquefied natural gas (LNG) from the East Coast to Europe. Even though Trudeau later acknowledged there isn’t a clear business case for LNG right now, that option remains on the table.

Even without LNG in the mix, Canada’s idea of “clean” hydrogen made with natural gas and carbon capture gives fossil fuels a place in energy production well into the future — a possibility that raises red flags for environmentalists, given scientists say the world already has too much fossil fuel infrastructure to keep global warming at or near 1.5 C.

Going forward, the deal means Canada and Germany will have to get on the same page. The two countries have agreed to develop an approach that could “help define what clean, low-carbon, and renewable hydrogen are” for both countries. Meanwhile, Canadian companies are eager to get the ball rolling on approvals for their hydrogen projects, worried the country could lose out to U.S. suppliers if it waits too long.

Reads of the week

“We wish we could say these words to you directly, but we are afraid that if we do, we will be kicked out of the program.” Natasha Bulowski reports on the letter Jamaican farm workers sent to their country's minister of labour, likening Canada’s Seasonal Agricultural Workers Program to “systemic slavery.”

Stuck at the pier, B.C. fishermen fume as their Americans counterparts fish. Commercial salmon fishers and environmentalists are crying foul — for opposite reasons — over recent decisions by U.S. and Canadian fisheries officials, Marc Fawcett-Atkinson reports.

U of T chefs serve up new menu of plant-based dishes. Morgan Sharp takes you on a tour of the meat-free mains coming to two university campuses in the Toronto area.

Mitaanjigamiing First Nation will finally see compensation, more than a century after a dam destroyed reserve lands. The governments of Canada and Ontario will pay a total of $84.45 million to the nation, nearly three decades after it first filed a claim, Jessica McDiarmid reports.

Leaked documents reveal B.C.’s North Vancouver Island is bracing for fall as the region’s health-care crisis threatens to get worse. Port Hardy Hospital is experiencing a critical doctor shortage that is endangering patient and physician safety, according to leaked minutes from a recent meeting, Rochelle Baker reports.

A new University of Ottawa program seeks to revitalize Indigenous law. Chancellor Claudette Commanda hopes the new law certificate will pave the way for all uOttawa law students to have an understanding of colonization, ancestral knowledge of law and key legal documents, Matteo Cimellaro reports.

As the planet warms, people are moving. Will Canada welcome them? Hanna Hett breaks down the ways advocates are pushing the federal government to take a proactive approach in welcoming climate migrants.